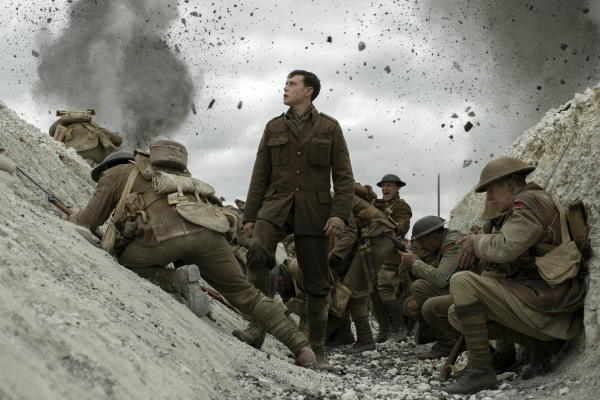 IMAGO, the International Federation of Cinematographers, has revealed the nominees for its 3rd annual International Cinematography Awards. The award ceremony is scheduled for March 14 in Brussels, following previous years’ presentations in Helsinki and Belgrade.

For the honor in the feature category are Roger Deakins, ASC, BSC for 1917Anton Mertens SBC for The spyand Valdis Celmins, LGC for Blizzard of Souls.

Xiaosu Han and Andreas Thalhammer, AAC for an episode of Lieberman; Denson Baker; James Friend, ASC, BSC for the “Bad News” installment of Patrick Melrose; and Denson Baker, ACS for the “Comfort & Joy” episode of Victoria.

The nominees in the documentary category are Virginie Surdej, SBC for By the Name of Tania; Roy van Egmond, NSC for Sidik and the Leopard; Nicholas de Pencier for Antropocene–The Human Epoch; and Fejmi Daut, MSC and Samir Ljuma, MSC for Honeyland.

These international IMAGO awards were created to recognize the visual artistry and creativity of cinematographers around the world, all striving for excellence in visual interpretation and storytelling. The awards provided an opportunity for all IMAGO member countries to participate and to respect and admire the work of all cinematographers under one umbrella. IMAGO now has 49 international societies, with nearly 4,000 professional filmmakers as members, from all corners of the world.

Here is a category-by-category overview of the nominees along with shortlists of students and a selection of special award recipients.

The IMAGO international prize for the best DOCUMENTARY photography

In the name of Tania
Virginie Surdej SBC

where do the birds go
Director of photography: Christiaan van Leeuwen
Netherlands – NSC

The special IMAGO recognition award
Jean-Pierre Beauviala
Truly a man for the ages, a respected and inspiring man, no longer with us, whose accomplishments will live on for decades. Among his achievements, he founded the Aaton company in 1971 with Jacques Lecoeur and François Weulersse, among others. The company developed the Aaton 7 camera, from which evolved the Aaton 16mm camera, then the Aaton LTR, Aaton XTR and Aaton XTR Prod. In 1987 came the introduction of the Aaton 35 camera from which evolved the Aaton 35-III. Other technical achievements include the release of the A-Minima, a tiny Super 16 camera, in 1999 and the Penelope 35mm camera in 2008.

The IMAGO International Lifetime Achievement Award
Chris Menges BSC ASC
Menges BSC ASC is a master cinematographer, a generous mentor and a person of the highest integrity, which is why he will receive the 2020 IMAGO Lifetime Achievement Award. Among his accolades, he won two Academy Awards for Best Cinematography – for The killing fields in 1985 and The mission in 1987 – and earning nominations for two more, Michael Collins in 1997, and The reader (shared with Roger Deakins) in 2009.

The IMAGO International Award for Extraordinary Technical Achievement
Johan Hellsten for the Easyrig
The Easyrig provides a good foundation for improving back health. The results show that this aid can provide long-term benefits in the form of improved back health, work efficiency and image quality.

The IMAGO International Honorary Member Award
Astrid Heubrandtner AAC
Since 2009, she has been President of the AAC, representing Austria at IMAGO where she was a leading member of the Master Class committee from 2007 to 2019, organizing five international IMAGO “Inspiration” filmmakers forums, alongside her committee colleagues. .

2020-02-16
Previous Post: A legend of Italian cinema: Federico Fellini was born 100 years ago | cultural | Report on arts, music and lifestyle in Germany | DW
Next Post: How the mask has played a leading role in the history of cinema | Cinema | DW