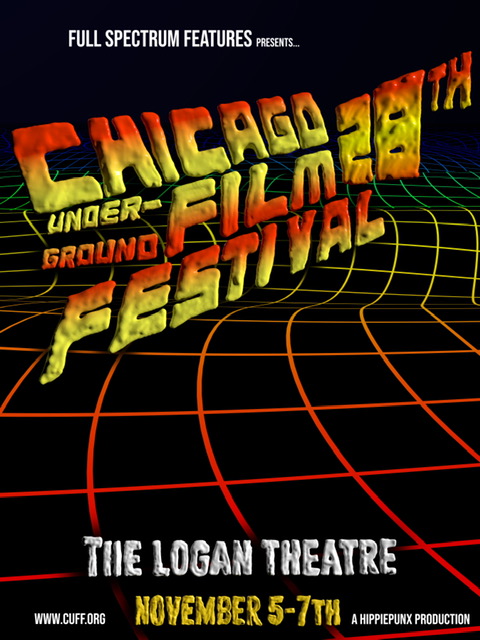 In a collaborative revamp of the 28th annual Chicago Underground Film Festival (CUFF), the oldest underground film festival in the world, Full Spectrum Features (FSF) is the official presenter of CUFF this year to program more diversity, equity and inclusion. to represent a wider range of artists and voices, including female filmmakers, BIPOC and LGBTQ+. The festival will present six feature films and six programs of short films, presented from Friday November 5th to Sunday November 7th, at the Logan Theater as well as online.

Bryan Wendorf, Artistic Director and Chief Programmer of the festival, said, “It feels so good to be able to bring the festival back to the real world again. The challenges everyone has faced over the past year have helped us rediscover the importance of community and connecting with others in person. CUFF has always defended this idea. Connecting films and filmmakers with each other and with grateful audiences. And with the growing partnership between us and Full Spectrum Features coming to fruition, that idea of ​​community is at the forefront of our minds.

“We hope this year’s festival will be as inclusive and welcoming as possible, and we’re thrilled to present the 28th edition of CUFF with an organization that values ​​breaking down the barriers that prevent filmmakers from breaking into the film industry.”

Opening night movie! Co-directed by Chicago filmmakers Andrew Mausert-Mooney and Kera Mackenzie, co-founders of ACRE TV), the tell-all “Make A Distinction” (Friday, November 5, 7 p.m. US) gets its name from how species are identified in science. Featuring stylized scenes of field botanists, retail workers, and soldiers in Clarksville, TN, and the television production community filming a cop show in Chicago, the viewer is faced with “name the enemy or become the enemy.” for it is obvious that the police are ultimately protectors of capitalism. This screening is an encore presentation as part of CUFF, following its world premiere at the Onion City Film Festival in June 2021. The feature film will be preceded by various short films.

SHORTS 1: A Glimpse Through Is Walking In (Friday, November 5, 9 p.m.) features films in the animation, documentary, experimental, and music video genres from Chris Blue and Jeremy Bolen + Nina Barnett, among others. Productions are represented by Austria, Canada, Ecuador, Germany, South Africa and the United States.

SHORTS 2: The story turns (Saturday, November 6, 12:45 p.m.) features films in the animation, documentary, experimental, historical, and memoir genres from Benjamin Buxton, Laura Conway, and Kelly Gallagher, among others. The productions are represented by Cuba, France, Iran, Ireland, the Islamic Republic of Singapore, Northern Ireland, the United Kingdom and the United States.

American premiere! “Other Like Me: The Story Of Throbbing Gristle And Coum Transmissions” (Saturday, November 6, 2:45 p.m. US/UK) examines the will to create and survive in the first documentary about COUM Transmissions and Throbbing Gristle, filled with archival footage and photos as well as interviews with founding members and industrial music pioneers Genesis P-Orridge and Cosey Fanni Tutti.

American premiere! Directed by Jonathan Davies, “Topology Of Sirens” (Saturday, November 6, 6:45 p.m. US) focuses on the art of listening, using personal computer games from the 90s. This meditative mystery is about Cas who launches on an odyssey of exploring ambient sound and minimalist music by discovering an assortment of microcassettes. “Topology Of Sirens” features Courtney Stephens, Samantha Robinson and Chicago musician Whitney Johnson as herself.

Festival after party (Saturday November 6, 10:30 p.m.-2 a.m.) will open with DJ S.J. (known for his live sets in and around Chicago, specializing in industrial/EBM, new wave and tech house) and will be followed by Allen Moore (a Chicago-based educator, curator, painter, and experimental sound artist whose work engages with signifiers of black culture and personal narrative, highlighting underlying themes of racial, emotional, and socioeconomic conditions). It will end with Roger Beebe with two performances in 16 mm: “Soundfilm“, a six-projector performance, exploring the history of sound recording and how sound is represented as a picture, and “Last Light Of A Dying Star“, a multi-projector meditation on the mysteries of space. The after-party will be held at Elastic Arts Foundation, 3429 W. Diversey Ave., Suite 208.

Matthew Wade’s dreamlike, atmospheric cosmic horror “A Black Rift Begins To Yawn” (Sunday, November 7, 7 p.m. US) is about Lara and Laura, two scientists who dive deep into a collection of tapes featuring their professor deceased, discovering not only his mental decline but also that their sense of self and reality is falling apart around them.

All CUFF screenings will take place at the Logan Theater, located at 2646 N. Milwaukee Ave. in Chicago. Admission is $10 per ticket and $50 for an all-access pass. To attend the Festival After Party, tickets are $10 in advance and $15 at the door. CUFF will also be presented online via Eventive. For more information and a complete list of films, visit www.cuff28.org.

Cool cousin of the film festival circuit, aka the one who listens to Nick Cave and wears only black, the Chicago Underground Film Festival (CUFF) has been hailed by the Chicago Sun-Times as “the most eclectic and best organized festival in the city”. Founded in 1993 by Jay Blasick, a Columbia College film student who was fed up with the exclusivity of the existing film festival circuit, and his friend Bryan Wendorf, the two created a festival for the kind of work they wanted to see, which were mostly movies. that the established film festival circuit (increasingly dominated by product from distributors) has refused to show. Now approaching its 28th year, CUFF is officially the oldest underground film festival in the world.