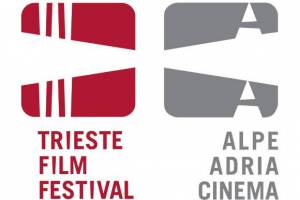 The jury also awarded two special mentions: to KELTI by Milica Tomović (Celts, Serbia 2021) For her ability to tell the story of a whole world through a single group of family and friends, in a house during an evening , and for the way she builds an ensemble film through careful script and penetrating use of the camera; and to STRAHINJA BANOVIĆ by Stefan Arsenijević (As Far As I Can Walk, Serbia – Luxembourg – France – Bulgaria – Lithuania 2021) for his humanist story – in which one of today’s hot topics in Europe merges with a love of epic proportions – and the heavily cinematic language that Stefan Arsenijević used to tell it.

The Alpe Adria cinema prize awarded by the jury (Marta Popivoda, Nino Kirtadze, Gianfranco Pannone) to the best documentary film in competition (2,500 euros) goes to TVORNICE RADNICIMA by Srđan Kovačević (Factory to The Workers, Croatia 2021) with the following motivation : by its cinematographic power and its extraordinary commitment, puts us in direct contact with a singular contemporary workers’ struggle. Honest and engaging, the film shows us the complexities of building and sustaining a socialist utopian project in the ocean of untamed capitalism. Factory to the Workers!

The jury also awarded another special mention to FILM BALCONOWY by Paweł Łoziński (The Balcony Movie, Poland 2021) because This great little film struck us above all with the empathy it shows; for its ability to connect with others in the difficult and somewhat sad days of Covid from a very simple perspective – the balcony on the first floor of an ordinary building in a residential area of ​​Warsaw. What could have been an awkward position from which to reach out to people, was in fact handled with great sensitivity and compassion, and managed to establish a funny and even profound dialogue with the most disparate of people, who reveal themselves to be authentic and empathetic. The director purposely set aside a more complex way of seeing the world in favor of a much simpler style that ends up becoming political, thanks to his contagious faith in people. It is a film that touches our souls.

The Fondazione Osiride Brovedani Prize awarded by the jury (Špela Čadež, Gerald Weber, Wim Vanacker) to the best short film in competition (2,000 euros) goes to PA VEND by Samir Karahoda (Displaced, Kosovo 2021) with the following motivation: In a film which crosses the border between documentary and fiction, a ping-pong table becomes an allegory of political conditions, but also a metaphor for the search for a safe place in times of displacement and migration. Pa Vend impressed us with his technical mastery, his atypical framing, his concentrated view and his precise rhythm.

The films of the three competitions were also “judged” by the public and their votes determined the winners of the Audience Awards:

Founded on the eve of the fall of the Berlin Wall (the “zero” edition dates back to 1987), the Trieste Film Festival – directed by Fabrizio Grosoli and Nicoletta Romeo – is the first and most important Italian event dedicated to the Central and Eastern European cinema, which continues to be a privileged observatory on films and authors often little known – even unknown – to the Italian public, and more generally to the “Western” public. More than a festival, it is a footbridge that connects the different latitudes of European cinema, discovering in advance names and trends destined to impose themselves on the international scene.

The Corso Salani 2022 prize (4,000 euros), awarded by the jury (Massimo Causo, Andrea Adriatico, Maura Delpero) to the best film in the section and offered by the Associazione Corso Salani and Vivo film, goes to DAL PIANETA DEGLI UMANI from Giovanni Cioni (From the Planet of Humans, Italy – Belgium – France 2021) with the motivation: The film, located on the border between Italy and France, oscillates between the tragic conditions of immigrants in what is now Ventimiglia, and a scientific fairy tale that took place a hundred years ago. In doing so, he approaches with wonder and imagination some major issues of our time, venturing into the confusion between reality and fiction that today seizes and stuns our senses. Alternating between phantasmagorical and ghostly figures and the physicality of reality, the director, through an almost hypnotic song, focuses on the constant conflict between the instinct for survival and the horror of death.

The jury also awarded another special mention to: VIAGGIO NEL CREPUSCOLO by Augusto Contento (Journey in the twilight, France – Italy 2021) because it combines an intriguing conceptual and visual scale with the rigor of archival work, the impulses of imaginative and fluid animation, the film reflects on Italy’s past and present identity, with stories in which men, women and their aspirations are held hostage to an oppressive family tradition, evoked by Bellocchio’s films, as well as the course of history.

The Audentia Eurimages – Council of Europe prize (30,000 euros for the next film project) awarded by the jury (Ursula Menih Dokl, Anne Laurent-Delage, Andrei Tănăsescu) is awarded to WOMEN DO CRY by Mina Mileva and Vesela Kazakova (Bulgaria – France 2021) ) with the following motivation: in an increasingly unstable social climate, this year’s Audentia Prize winner responds to the urgent call for change with fierce immediacy, an uncompromising formal approach and global exploration of the struggle for equality and the issues that continue to plague women in our society. Its rallying cry for women’s solidarity against misogyny, homophobia and toxic patriarchy is as local as it is universal, harnessing the empowering force of its multi-generational female cast to deliver a cinematic manifesto full of anger and tenderness, compassion and humor. For his unique cinematic voice and resolute bravery.

The SkyArte prize awarded by the Sky Arte HD television channel for the acquisition and distribution of one of the films of the TriesteFF Art&Sound section has been awarded to MILAN KUNDERA: FROM JOKE TO INSIGNIFICANCE by Miloslav Šmídmajer (Czech Republic 2021 )

The Osservatorio Balcani e Caucaso Transeuropa prize for the best documentary film in competition is awarded to LOOKING FOR HORSES by Stefan Pavlović (Netherlands – France – Bosnia and Herzegovina, 2021) because it celebrates an unusual friendship between the filmmaker and Zdravko, a fisherman who retired to live near a secluded lake after the war in Bosnia and Herzegovina. The film depicts the growing bond between Zdravko, who lost his hearing after a grenade explosion, and the filmmaker who recounts his own lifelong struggle with stuttering. Slowly overcoming their communication barriers, the two men establish a unique relationship, based on a desire for mutual understanding that turns into a form of mutual healing. Stefan Pavlović explores questions of communication and trauma in an original and touching work where he is not afraid to reveal insecurities, fears and doubts. Today more than ever, Looking for Horses sends a clear message to Bosnia and Herzegovina: even when conditions are difficult, listening to and understanding each other is not only possible but can also become an extraordinary experience.

The CEI (Central European Initiative) prize for the film that best interprets contemporary reality and the dialogue between cultures (3,000 euros) goes to KELTI by Milica Tomović (Celts, Serbia, 2021) with the following motivation: the story of a family and a birthday party held in Belgrade in 1993 become powerful metaphors for the break-up of a country and the loss of collective identity. The young Serbian director of this first film demonstrates maturity, clarity of vision and humor.

The Tënk Award 2022 awarded to the best film in the Corso Salani 2022 Prize section, which consists of the acquisition of the film for the platform, goes to Des Portes et Des Déserts by Loredana Bianconi for the poetic momentum with which the director transfigures the crossing migrants, making a universal journey capable of giving new meaning to the material of our imagination.

The Cineuropa Prize for Best Feature Film in Competition goes to NË KËRKIM TË VENERËS by Norika Sefa (Looking for Venera, Kosovo – North Macedonia, 2021) because among the panoply of excellent films in this section, one film really stood out by its different cinematographic qualities. Looking for Venera is impressive in its sincerity and precision. Director Norika Sefa managed to portray the complexity of the two main characters, beautifully played by actresses Kosovare Krasniqi and Rozafa Çelaj. We must also salute the work of Luis Armando Arteaga, the director of photography, for having made this beautiful initiation film shine.

Il PAG Jury Award – Progetto Area Giovani of the Municipality of Trieste, awarded by a jury of young people aged 18 to 35 (Abel Gambini, Alberto Loschi, Chiara Stella Lorenzi, Elisa Chiodi, Emiliano di Summa, Franco Morellato, Iris Paparelle, Leonardo D’Angelo, Rosa Maria Roccatagliata), representatives of youth associations, for the best short film in competition, goes to SAMOGŁÓW by Jakub Prysak (Headfish, Poland, 2021, 24′) for a cinematographic microcosm in which the characters have their places the time to grow and evolve, in a realistic context full of symbolic references to contemporary society. Directing and photography effectively contribute to creating complete and impactful communication.

The Eastern Star Award 2022, which recognizes a personality from the world of cinema whose work has contributed, like the Trieste Film Festival, to building a bridge between Eastern and Western Europe, returns to KORNÉL MUNDRUCZÓ and KATA WÉBER

The Cinema Warrior Award 2022 which rewards the stubbornness, sacrifice and madness of these “warriors” – whether individuals, associations or festivals – who work (or rather: fight) behind the scenes of the Cinema, according to Luciana Castellina