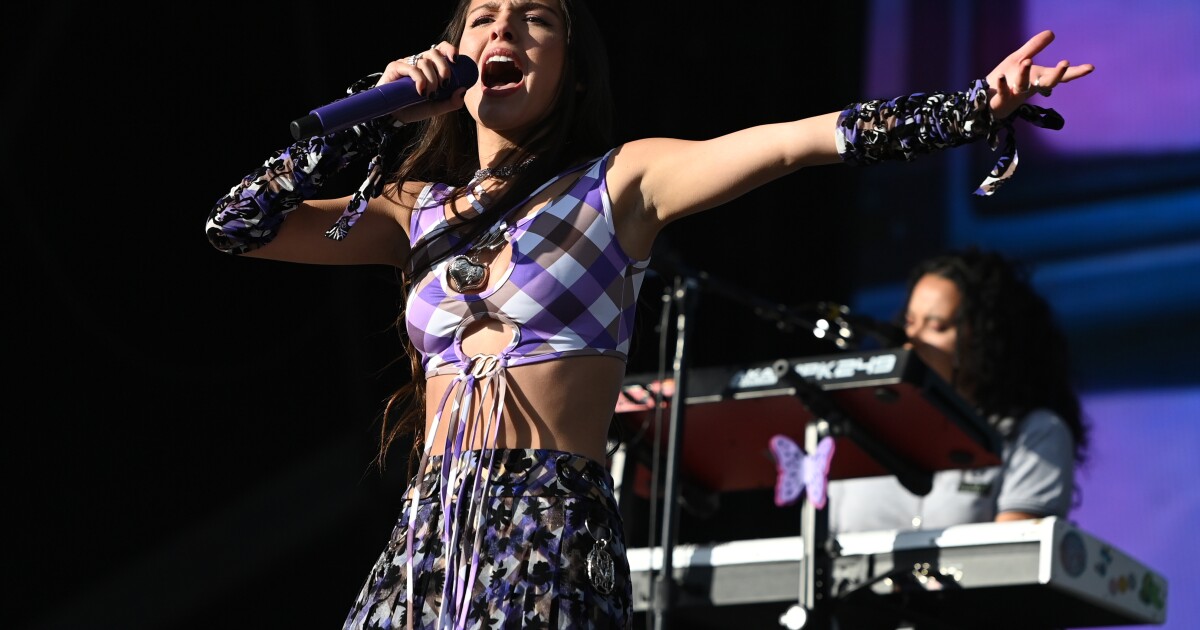 5 protest songs that took on new meaning after Roe

Since the Supreme Court overturned Roe vs. Wade over the past week, many have turned to music to express the emotion that overwhelms them in this moment.

It is not a surprise. Musicians have long provided the soundtrack for these kinds of dramatic shifts, using their art form as a means of political expression. Some songs find new relevance, while others seem to have lyrics that speak to the mood of a generation.

All things Considered spoke with Columbia University professor Shana Redmond and NPR music critic Ann Powers about how music in these changing times can reflect the attitudes and speak to the perspectives of those who experience them.

This interview has been lightly edited for length and clarity.

Note: Embedded videos contain language and lyrics that some may find objectionable.

On the legacy of Nina Simone’s “Mississippi Goddam”

Redmond: I think there’s only a sense of continuity that we can draw from its legacy, from its use right now. The structures to which Nina Simone was responding continued to confront us in a future that she hoped would be free, clear and beautiful.

So the rage she brought to the production of this song, the moment she said, “I’m either going to take up arms, I’m going to buy a gun, or I’m going to write this song,” is precisely where so many people see themselves integrating today.

Powers: Well, it’s tempting to say, “Oh, they don’t do like they did in the 60s.” But in fact, the lineage of protest music is one of constant dialogue and constant reinterpretations within these songs. One song that really stuck with me after Friday’s Supreme Court ruling was the rewrite of a patriotic song, “America (My Country, ‘Tis of Thee)” by a young singer-songwriter who goes by Reina del Cid, who rewrote the song to have those incredibly sharp, almost desperate lyrics.

This is another example of how to engage in protest is to engage in history. And musicians can do it so well by rewriting songs themselves.

On historical protest songs that have become topical again

Redmond: One of the songs that came to mind, that was reminded to me through social media, was “La Femme Fetal” by Digable Planets. This song, which spoke very explicitly about abortion 30 years ago, is doing the rounds again. Not because it’s new, not because it’s only about this moment necessarily, but because of its documentation of some type of prophecy. That Clarence Thomas is already portrayed in the song, that the stories they tell about fascism and how it’s not about your protection or your safety, it’s about control – all of those things are at the climax, the fever starting point of the discussions around this decision this week. And so I’m brought back here very solidly.

On what modern music continues this tradition

Powers: After the murder of George Floyd, there was a huge wave of songs, music made to highlight the experience of people of color in the United States and beyond under the threat of police violence. One of them is particularly poignant, that of Anderson .Paak. It’s a song called “Lockdown”. And the song and the video really represented not just the spirit of resistance, but the exhaustion that overwhelms people when, you know, life itself demands resistance.

On what makes a good protest song

Redmond: I think it has to be related to people’s experiences. You must therefore extract your information, your feelings, but also your sound from the people around you. You have to have a real sense of the field and be able to show that you are in community with the people.

Powers: I will say humor can sometimes be a powerful force in protest and something that brings people together. After Friday’s decision, at Glastonbury Music Festival, which is a huge music festival in England, Olivia Rodrigo joined Lily Allen to perform Lily Allen’s song “F You”, dedicated to a certain group of judges from the Supreme Court. It was funny, it was powerful and it was quite direct.