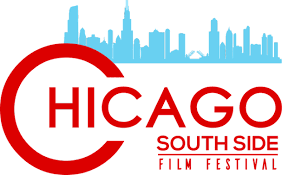 Chicago, Illinois. – The Chicago South Side Film Festival (CSSFF) is bringing back hybrid and live screenings for film buffs and filmmakers to Chicago’s South Side from November 27 to December 5.

Saturday November 27 from 12 p.m. to 2 p.m. Kicks off the film festivities at IIT Art Auditorium with the free world premiere of Ben Creech’s Cicero / Mt Greenwood (1966/2016), a provocative film screening, and a conversation about race and activism. The short documentary compares two protest marches in the South Side neighborhood of Mount Greenwood. Although the protest marches took place 50 years apart, they show surprising similarities. The post-screening will take place with filmmaker Ben Creech and artist / activist Tonika Lewis Johnson.

Saturday November 27 from 7 p.m. to 9:30 p.m. at the magnificent Epiphany Center for the Art will be the official red carpet opening of Daughter of Eve, a multimedia documentary film that analyzes and aims to dismantle misogyny and the gender hierarchy within the Christian faith by Zanah Thirus, who according to critics, is the future Ava Duvernay.

Sunday November 28 from 11 a.m. to 2 p.m. will be the CSSFF’s first interim masterclass with Simeon Henderson at the Parkway Ballroom.

Sunday November 28 from 6 p.m. to 9 p.m. will be the screening of the film Mama Gloria and a panel discussion at the Chatham cinema. The screening documents the life story of Chicago’s black transgender icon Gloria Allen, now 70, who paved the way for trans people like few before her. Emerging from the drag ball culture of the south side of Chicago in the 1960s, Gloria overcame traumatic violence to become a proud leader in her community. Mama Gloria and filmmaker Luchina Fisher will discuss the film and the history of black transgender activism following the screening.

Sunday December 5 from 12 p.m. to 2:30 p.m. CSSFF closes the festivities with its love for vintage African-American films with Boyz N The Hood – 30th Anniversary Screening at Cinema Chatham. The film will be followed by a panel discussion on the portrayal of black men in films starring Derek Dow and Lonnie Edwards.

The Chicago South Side Film Festival is a non-profit arts organization founded by Michelle Kennedy from the South Side. The dual mission of the CSSFF is to expand, diversify and improve the quality of entertainment options on the South Side of Chicago, and to provide South Side filmmakers with opportunities to show their work.

For the full schedule of screenings, workshops and events, log onto www.southsidefilmfest.org

Connect with the Chicago South Side Film Festival:

2021-11-09
Previous Post: Guests are back for the in-person celebration of the Festival of Lights
Next Post: The Palm Springs International Film Awards will honor Kristen Stewart for her role in “Spencer”