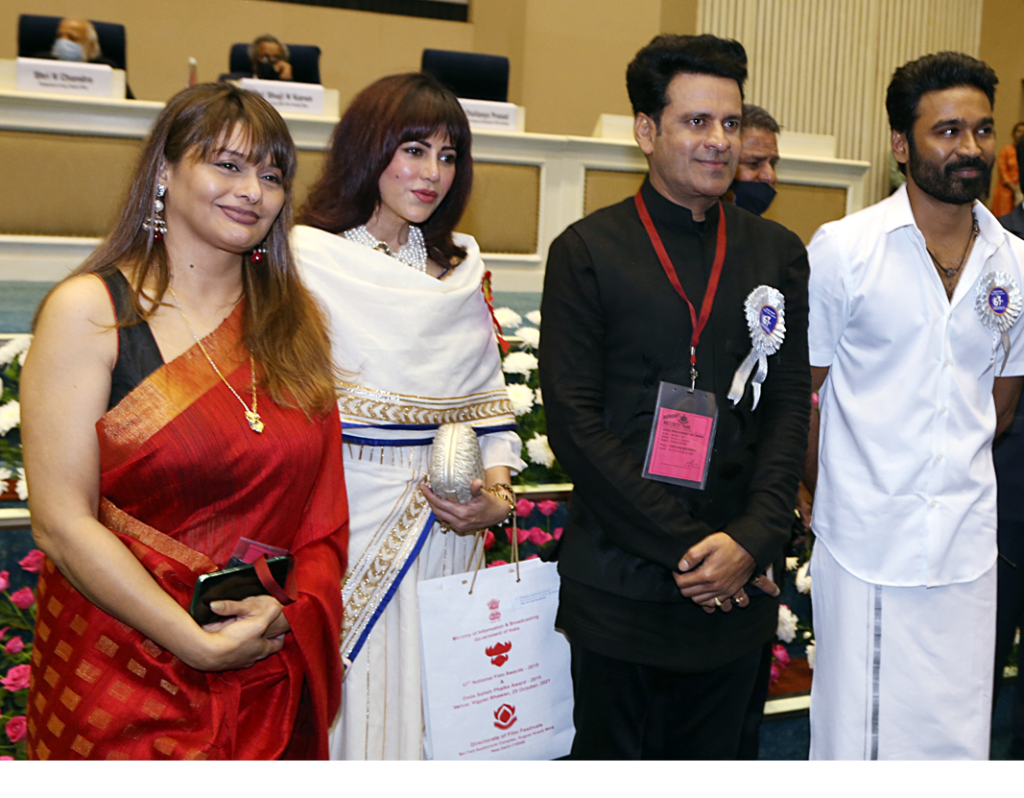 New Delhi – The 67th National Cinema Awards organized by the Film Festivals Directorate, a division of the Ministry of Information and Broadcasting, were presented on Monday at Vigyan Bhawan in Delhi.

The winners of the prestigious 2019 Cinema Outstanding Achievement Awards were announced in March. The ceremony was supposed to take place last year but was delayed due to the COVID-19 pandemic. The winners were chosen by the jury from a pool of 461 films in the feature films category and 220 films in the short films category.

The national award for best actor was shared between Manoj Bajpayee for “Bhonsle” and Dhanush for “Asuran”. Malayalam superstar Mohanlal’s war epic “Marakkar: Lion of the Arabian Sea”, which has yet to hit theaters, won the award for best feature film. Here is the full list of the winners of the 67th National Film Awards.

One of the country’s most prominent entertainment awards, the 67th iteration of the National Film Awards, which were presented to the winners by Vice President Venkaiah Naidu, was originally scheduled to be held in May last year but had to be delayed due to the covid19 pandemic. (ANI)