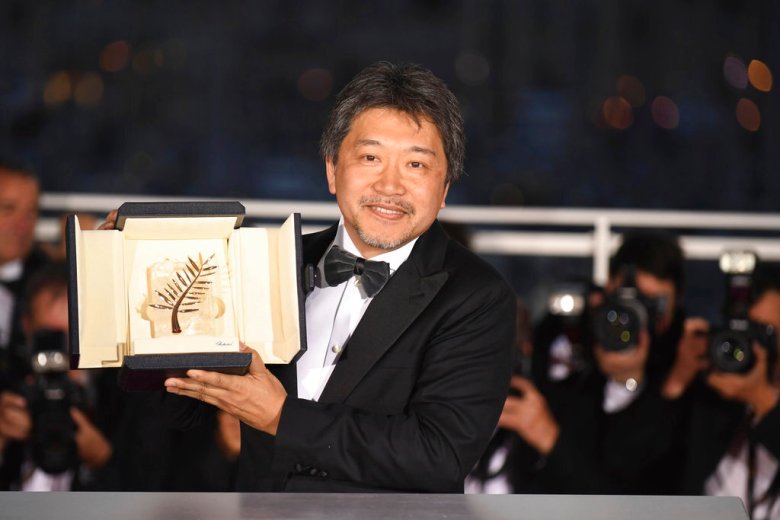 Acquisitions of the Cannes Film Festival 2022

Neon will also arrive at the festival with “Crimes of The Future” by David Cronenberg and the documentary David Bowie by Brett Morgen.

After staging a much-reduced version in 2020, Cannes Film Festival organizers brought the buzz back to the Croisette last year as the industry dipped its toes into the annual French gathering. As the 75th edition kicks off on May 17, many in the industry are all for the in-person experience and there are plenty of finished films for sale.

MUBI has taken the lead in acquisitions, picking up Léa Mysius’ second film “The Five Devils” and Park Chan-wook’s mystery “Decision to Leave” in recent weeks. Other films coming with the cast include Brett Morgen’s David Bowie documentary “Moonage Daydream,” distributed by Neon. A24 has five films premiering at Cannes, including Alex Garland’s “Men” and Claire Denis’ “The Stars at Noon.”

Still up for grabs are anticipated films like “Hunt,” the directorial debut from “Squid Game” star Lee Jung-jae; “Brother and Sister” by Arnaud Desplechin; “Tori and Lokita” by the Dardenne brothers; and “Triangle of Sadness” by former Palme winner Ruben Östlund.

Below is a constantly updated list of acquisitions from the official selection and sidebars of the festival, starting with the most recently announced. The list also includes films that arrived at the festival with distribution, but not titles from the Marché du Film or other deals made during the festival (which will be updated as they roll out).

Japanese writer/director Kore-eda Hirokazu’s Korean-language debut stars Song Kang Ho (“Parasite”) and Gang Dong Won (“Peninsula”) as “goodwill brokers” who connect unwanted babies with parents on the black market. After dropping off a new baby, the two brokers are surprised when the baby’s birth mother (Lee Ji Eun) shows up to join them on their journey to meet future parents.

Kore-eda was last at Cannes with his 2018 Palme d’Or winner “Shoplifters,” which earned him an Oscar nomination for best foreign language film.

With “Broker,” Neon teams up again with CJ ENM, who also released “Parasite” in South Korea ahead of its 2020 Oscar sweep. “Parasite” was the first of two Palme wins for Neon in three years; the other was “Titanium” from last year.

Neon announced on May 13 that it had acquired the North American rights to the film.

Léa Mysius’ second directing effort stars Adèle Exarchopoulos (“Blue is the Warmest Color”) as the mother of a young girl (Sally Dramé) who can magically replicate any scent she finds. The young girl puts her gift to good use after the return of a family member upsets the domestic balance of her home, as she navigates dark memories that reveal the secrets of her village, her family and her own existence.

MUBI announced on May 9 that it had acquired the rights for North America, the United Kingdom, Ireland, Latin America, India and Turkey. The film will hit theaters in the US, UK and Ireland, followed by an exclusive MUBI streaming release at a later date.

Park Chan-wook’s mystery film follows a detective (Park Hae-il) called in to investigate the death of a man falling from a mountain. The officer develops an interest in the window of the man (Tang Wei) who is a suspect in the case.

MUBI announced that it acquired the rights for North America, the United Kingdom, Ireland, Turkey and India on April 28. It’s slated for a theatrical release in the US and UK in the fall before landing on its streaming platform.

Neon is slated for a domestic release in September, Universal is handling international, and HBO Documentary Films has domestic broadcast and cable rights for spring 2023.

Details of Ethan Coen’s first solo directing effort are largely under wraps, but the documentary will focus on musician Jerry Lee Lewis. It counts Mick Jagger among its producers.

A24 confirmed last month that it controls worldwide rights to the project.

Writer-director David Cronenberg’s body-horror thriller stars Viggo Mortensen, Léa Seydoux and Kristen Stewart in a story set in the near future where humans are capable of growing new organs.

Neon boarded the film in long-running development last year and plans to release it in New York and Los Angeles on June 3, followed by a national expansion on June 10.

Saela Davis and Anna Rose Holmer’s film is set in an Irish fishing village and stars Emily Watson as a mother torn between protecting her son (Paul Mescal) and her own sense of right and wrong. when a lie she tells for him tears their loved ones apart. knit community.

A24 co-funded the psychological drama and controls global rights.

Alex Garland’s folk horror flick stars Jessie Buckley and Rory Kinnear in the story of a woman who goes on a solo holiday in the English countryside after the death of her husband.

Polish filmmaker Agnieszka Smoczyńska’s English language debut (“The Lure”) is based on Marjorie Wallace’s non-fiction book. It stars Letitia Wright and Tamara Lawrance as June and Jennifer Gibbons, twins from the only black family in a small Welsh town in the 1970s who have rejected communication with all but each other and who, after a wave of vandalism, are sentenced to an infamous psychiatric hospital.

Focus acquired worldwide rights to the film in April 2021; the label will distribute it in the USA with Universal handling international.

Title: “To show up”
Section: In competition
Distributer: A24

Kelly Reichardt’s fourth collaboration with Michelle Williams features the actor as an artist on the brink of his big break who navigates his family and professional challenges in the run up to a big exposure. The cast is completed by André 3000, Hong Chau, Judd Hirsch and Amanda Palmer.

A24 announced that it had embarked on the project in January 2021.

“Mad Max” filmmaker George Miller promises an epic film that’s hard to categorize into a single drama. It stars Tilda Swinton as a scholar who, on a trip to Istanbul, discovers a Djinn (Idris Elba) who offers her three wishes in exchange for her freedom. Among his wishes is love, but he doesn’t know if he should grant it.

MGM acquired the North American rights to the project in 2020.

Focus acquired worldwide rights for $15 million to the virtual Cannes market in 2020.

Title: “Stars at Noon”
Section: In competition
Distributer: A24

Claire Denis’ romantic thriller, based on the novel by Denis Johnson, is set in the 1980s during the revolution in Nicaragua. It follows the unlikely romance of an Englishman (Joe Alwyn, “The Favourite”) and an American journalist (Margaret Qualley, “Once Upon a Time in Hollywood”) who are caught in a web of lies and conspiracies as are forced to flee the country.

A24 has acquired North American rights ahead of the 2020 European Film Market.

Register: Stay up to date with the latest film and TV news! Sign up for our email newsletters here.