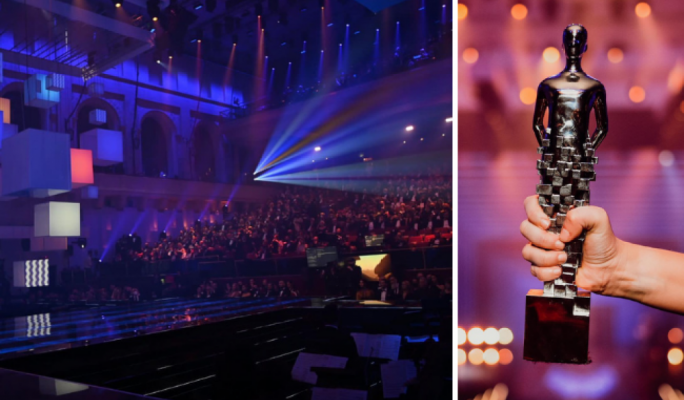 The first edition of the Malta Film Awards took place on Saturday 29th January, with all eyes at the Mediterranean Conference Center in Valletta to watch the star-studded event unfold.

But many industry professionals watched the event with a more critical eye, noting a lack of enforcement of COVID-19 regulations while noticing the exorbitant price of the whole event.

“So the rules don’t apply to the Malta Film Awards I guess? No masks, no clusters, maybe no requirement for vaccines. However, all other producers risk a fine of €500 per person! Two weights, two measures,” said Wesley Ellul, theater creator and producer.

So the rules don’t apply to the Malta Film Awards, I guess? – no masks – no bunches – maybe no requirement for…

Oliver Mallia, who founded local production company Pellikola, compared Malta’s Film Awards to those of the Icelandic Film Awards 2019. Placing images from the two events next to each other, he pointed out that Iceland had adopted a simple staging to celebrate its great film industry.

“The Malta stage appears to be in competition to win the Oscars, and the other is a simple stage with limited lighting, no statues or orchestra and no foreign hosts,” he noted. “As a country, we don’t need to reinvent the wheel.”

Please look at the photos I add. One is the massive scene from tonight’s edition of Malta Film…

Among the sober assessments of the event was that of Howard Keith Debono, chairman of the Malta Industry and Entertainment Arts Association (MEIA). He began to notice the lack of masks and clusters among the audience.

“It’s an indoor event, and just as the rest of the stakeholders had to abide by those rules, and must always abide by those rules – the same rules imposed in the disclaimer – it certainly didn’t apply yesterday. This n is not fair and once again it exposes the unfortunate unlevel playing field,” he said.

Debono admitted that the efforts made to celebrate local film and television were admirable, but expressed concerns about the actual amount of money spent on the awards ceremony.

“If the rumors are correct, that of the €400,000 originally budgeted to produce a one-off Malta Film Awards, the actual budget reached seven figures (€2m and more are mentioned), then one has to ask why and how The original budget was flagged by stakeholders as it stood in stark contrast to the funds given to Maltese filmmakers, and I can only imagine how they would feel and react if what was mentioned were true.

He added that it was a shame to see high quality Maltese films including Luzzu absent from the awards ceremony. The team behind Luzzu and other high-profile film productions chose to boycott the event, arguing the €400,000 prize was a slap in the face for an industry plagued by poor salaries and a film fund capped at €600,000. € per year.

After several photos and clips on tour, I have to ask a bold question; – Why wasn’t the Malta film audience…

Others questioned the presence of several ministers and senior government officials at the ceremony, with at least three ministers – Culture Minister Jose Herrera, Tourism Minister Clayton Bartolo and Broadcasting Minister Carmelo Abela – chosen. to give the prizes.

“I will not comment on the fact that three ministers and government officials present awards, which I believe does not happen anywhere else in Europe,” Debono said. “But I prefer to focus on the fact that the film and television industry has a lot of issues that fall under multiple departments.”

“There must be a ministry. It is high time our country had a dedicated ministry where all sectors related to our industry fall under,” he said.

Despite friction between the authorities and the Maltese film community over the past few months, many members have welcomed the government’s recent vision for the film industry to 2030.

Indeed, the MEIA and the Malta Producers Association (MPA) have welcomed the overall intent of Vision 2030, which is based on four pillars: infrastructure, film culture, education and finance.

The two associations have come together for a joint campaign called ĊelebrAZZJONI to raise awareness of the unique challenges of the film and television industry.

Prominent television and film workers, including the crew members of productions like Simshar, Limestone Cowboy and is-Sriep Reġgħu Saru Velenużi, are taking part in the campaign.

Here are the winners of the 1st Malta Film Awards:

Best Post-Production: Blood on the Crown