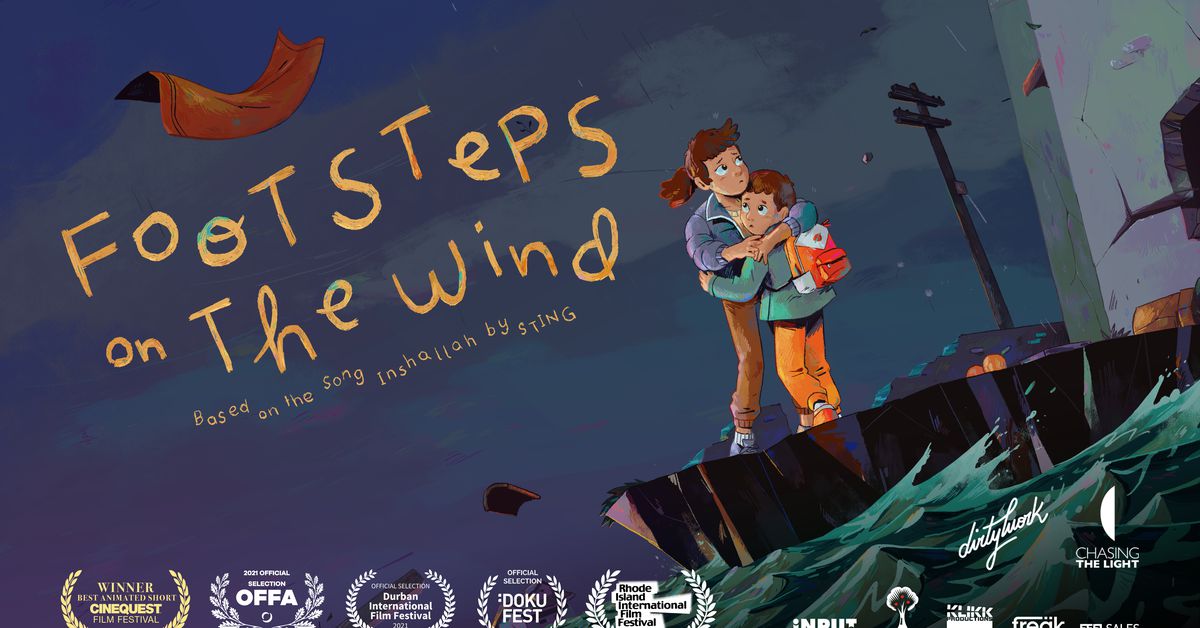 Are we too late to save the climate?

World leaders negotiate global warming at the 26th United Nations Conference of the Parties on Climate Change (COPS26), as crisis unfolds in Madagascar, where 1 million people are on the brink of the world’s first famine. only by climate change.

Images of Madagascar triggered my own memories of famine caused by a civil war that brought my family here as refugees in 1969.

And as a first-time volunteer on the professional jury for the 38th Chicago International Children’s Film Festival (CICFF), which ran through November 14, I came across a cool animated short. which poignantly tells both the refugee crisis and the climate crisis.

Some 30,000 are currently gathered in Glasgow, as an August report by the Intergovernmental Panel on Climate Change reveals the Earth is getting so hot that temperatures are expected to exceed the level of warming within a decade. that world leaders have sought to prevent.

Maya Sanbar, director of the film festival Oscar-qualified animated short, “Footsteps On The Wind,” hopes that sharing this message through a children’s film will have a greater impact.

â€œThere are a lot of levels of learning that you can have with animation,â€ she said. â€œIt allows you to depersonalize, emotionally trigger, and engage on a level that isn’t political, because it’s not who is right and who is wrong. It’s just a story told from a child’s perspective.

And triggering and engaging the movie does. It’s so short, that more would be a spoil.

The soundtrack for the film, about the plight of two children orphaned by an earthquake, is “Inshallah”, a song by 17-time Grammy Award-winning artist Sting, who has long been involved in the fight against the climate. He and his wife co-founded the nonprofit Rainforest Fund in 1989.

In Arabic, “Inshallah” translates to: “If God wills, then it will happen. “

Sanbar, a Palestinian immigrant who now lives in London, was visiting the couple when Sting asked for his comments on the song he wrote about the Syrian refugee crisis, for his 2017 album, “57th & 9th”.

She fell in love with it. Born in Haifa, Israel, her family became refugees after fleeing to Lebanon during the 1948 Arab-Israeli War.

â€œI had wanted to make a film about refugees for a while. When I heard Sting’s song, it was like lightning. I knew then that it had to be an animated movie – and six minutes, just like the song. Animation lets you shorten the message, â€she said of the film, also screened in front of thousands of people at COPS26 last week.

President Joe Biden left the summit touting landmark deals to cut emissions of methane, a huge contributor to global warming, by 30% over the next decade; as well as preserving the world’s forests, desperately needed to eliminate carbon pollution; and invest in carbon neutral technologies and clean energy.

Most importantly, Biden acknowledged that the United States and the richer countries bear the blame for the crisis which manifests itself in erratic weather conditions devastating the poorest countries, which pay the price while contributing little to the poor. global emissions. Poorer nations like Madagascar.

The United Nations World Food Program is sounding the alarm bells for the fate of the world’s fourth largest island, on the brink of the first-ever famine caused by climate change – rivers evaporated, agriculture decimated, widespread malnutrition affecting half of -million children under five.

I was frozen by the report of David Muir, the first journalist from an American network to go there with the World Food Program. Images of children with distended bellies sparked flashbacks to Nigeria’s Biafran civil war.

No one will forget the images projected in living rooms around the world of starving Igbo women and children suffering from a disease called kwashiorkor – where the stomach, without food, spins on itself, until it there are only skin and bones.

Over 2 million of my tribe died. So I was amazed to see kwashiorkor caused by climate change, not war, in a country that produces 0.01% of the world’s annual carbon emissions.

The two-week talks of more than 100 world leaders may or may not bring progress on climate change mitigation. But as the second-biggest polluter in the world, it is essential that the United States lead its efforts, having withdrawn from the 2015 Paris Agreement.

The planet is moving forward. Temperatures are rising. The sand in the hourglass is fading. And more than a million people are dying of hunger in Madagascar, due to global warming.

But as Sanbar notes, we can all do our part, whether it’s reducing your home’s carbon footprint or helping the World Food Program get food and water to Madagascar.

â€œWe hope to raise awareness. We hope to reach people emotionally. We hope to remind people that people don’t choose to leave their homes, â€Sanbar said. â€œWe hope to make them curious to know more. And we hope to have an impact on behavior change.