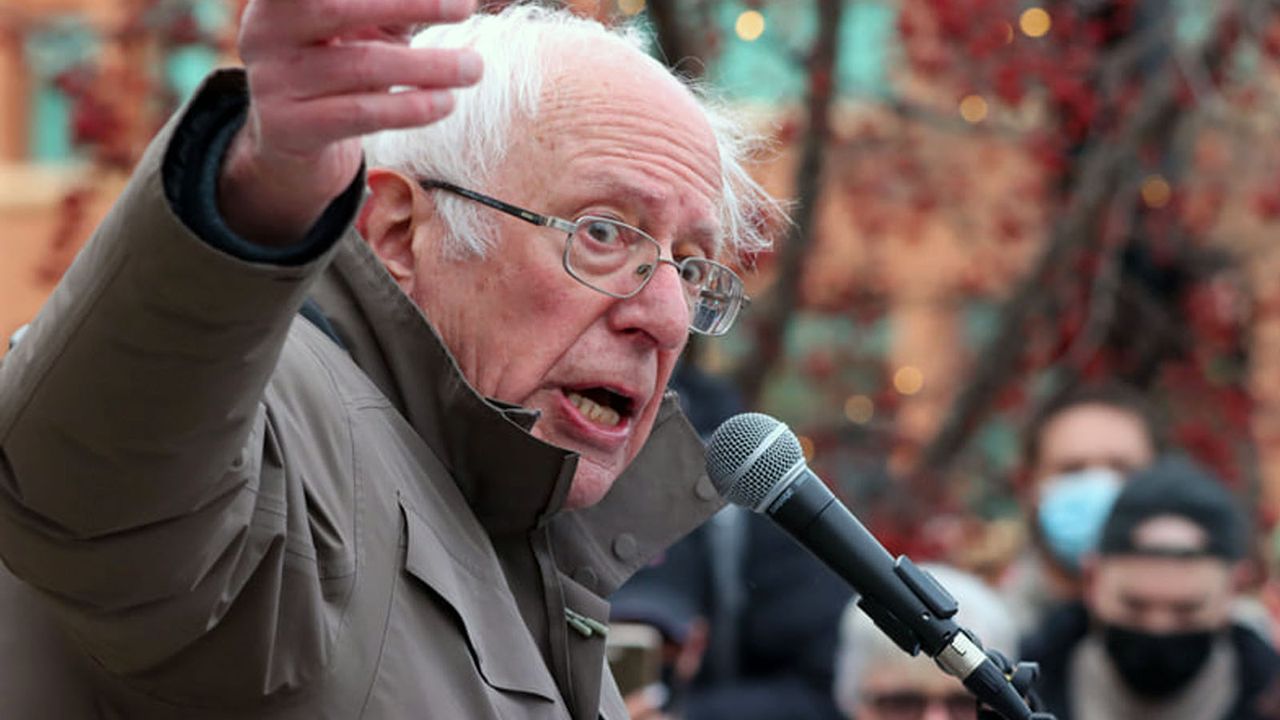 Vermont Senator Bernie Sanders spoke at Unity Fest, an event held on Sunday, April 24 to celebrate the successful unionization vote at five Starbucks locations in Richmond, Va., by Starbucks United. The rally came amid a nationwide campaign by Starbucks United, an affiliate of the Service Employees International Union (SEIU), to organize coffee outlets across the United States, which began in Buffalo, New York, last December. In recent months, workers at 27 locations have voted to join Starbucks United, with another 200 expected to vote in the coming months.

Joining Sanders at the Unity Fest event was Marianne Williamson, former 2020 presidential primary candidate for the Democratic Party, mystic, and author of A politics of love. Lynn Fox, president of Workers United, the parent organization of Starbucks United, was also present. Both Williamson and Fox spoke one-on-one with Starbucks organizers backstage.

The rally was advertised in part as a festival, with performances by 10 local bands and hundreds of people in attendance. In a social media post by the Richmond Democratic Socialists of America, attendees were asked to: “Come dance, chat and celebrate with us at Unity Fest this Sunday from 11am-8pm!” In keeping with the character of the top Democratic Party operatives and pseudo-left groups present, the level of neglect regarding COVID-19 was on full display at the rally, with many not wearing masks even as a new surge of the BA2 variant is in progress.

The grassroots desire to fight back is serious and genuine. By seeking to unionize, Starbucks workers nationwide are seeking a way to combat the intolerable conditions they face on the job, including understaffing, unpredictable schedules and overwork. Moreover, with rising inflation nationwide, workers are watching with concern as prices soar while their wages remain the same. But the organizers of the rally did not represent Starbucks’ employee base.

During the labor campaign, Sanders and the Democratic Party as a whole vocally supported Starbucks United. This was exemplified by the appearance of Williamson and tweets of support from Chuck Schumer, a proponent of banking and economic nationalism.

Democrats are also bolstering the campaign of the Amazon Labor Union (ALU), which won a unionization vote at Amazon’s JFK8 fulfillment center in Staten Island, New York last month. Sanders flew to the Starbucks rally just after taking part in an ALU rally on Staten Island, alongside New York Congresswoman Alexandria Ocasio-Cortez, to boost the ALU in a second election next door. LDJ5 warehouse. However, the full support of Democrats and union officials for the ALU only succeeded in alienating LDJ5 workers, who voted overwhelmingly to reject the ALU.

The Biden administration has called itself “the most pro-union administration in the nation’s history.” In reality, this means that Biden, a seasoned capitalist politician, is seeking to use the services of unions to suppress and strangle growing working class opposition to exploitation, social inequality and the escalation of global war. against Russia.

Biden has established a task force on “organizing and empowering workers” that includes high-ranking military and financial officials, such as Secretary of Defense Lloyd Austin, Secretary of the Treasury and former President of Federal Reserve Janet Yellen and Homeland Security Secretary Alejandro Mayorkas.

In his speech on Sunday, Sanders referenced the effects of the pandemic on working people and the massive growth in elite wealth. He said, “Starbucks earnings grew 31% last quarter. Starbucks owner Howard Schultz has become nearly $1 billion richer during the pandemic. Many thousands of workers died by the thousands, while the billionaires became much richer.

He did not note that Schultz would have been Hillary Clinton’s choice for Labor Secretary had she beaten Donald Trump in 2016. After winning millions of votes from workers and young leftists, Sanders brought his wholehearted support for warmonger and corporate accomplice Clinton. , essentially handing the election over to Trump.

In his speech at the rally, Sanders said demagogically, “That’s our demand right now: Tell Mr. Schultz and the people, stop the union busting activity, stop bringing people backstage, stop to threaten people, stop intimidating people. And just as important: start negotiating a first contract with stores that have voted to form a union.

But Sanders also voted for the CARES Act in March 2020, which funneled trillions into the pockets of oligarchs. His references to the one million deaths from the pandemic, which is not over, amid Biden’s pandemic ‘let it go’ policy and a large crowd at yet another superspreader event were utterly hypocritical.

Starbucks United, which was formed last December with the vote in Buffalo, New York, is an affiliate of Workers United. Both unions are led by Service Employees International (SEIU). During the pandemic, the SEIU called off strike after strike by care home, hospital and other frontline workers and pushed through sell-out contracts, which kept wages below inflation, cut benefits and ignored workers’ demands.

In July 2021, the SEIU called off a strike by 1,500 Pennsylvania nursing home workers, who were prepared to fight understaffing and unsafe working conditions. More recently, they pushed for a capitulation to end a month-long strike by hospital workers in Huntington, West Virginia, accepting a contract that differed little from the company’s original proposal and imposed bonuses higher health care.

As for Workers United, Amcor workers were outraged when the union unilaterally imposed a contract, which workers twice rejected last July in Illinois. In a video Explaining the debacle, Kathy Hanshew, director of the board of directors of the Chicago & Midwest Regional Joint Board (CMRJB) of Workers United, tyrannically explained to workers that they must stick to a new three-year agreement no matter what. .

Workers need organizations to fight back, but they won’t find them in Workers United and the official unions. Instead, in union and non-union shops, workers should form rank-and-file committees, democratically controlled by the workers themselves and committed to fighting for what the workers need, not what the companies , big business politicians and union bureaucrats deem affordable.