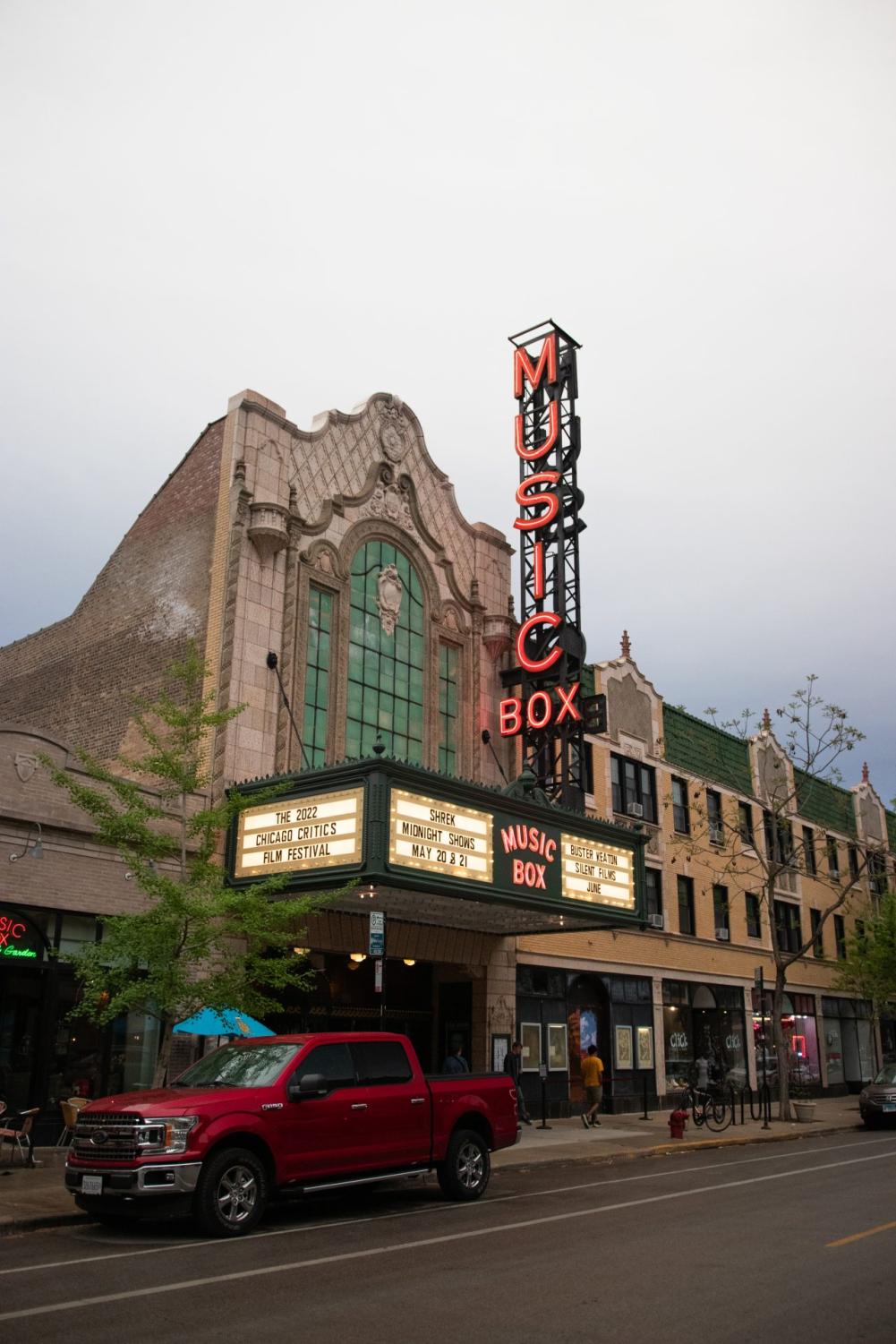 Last week I watched 42.5 hours of movies. This venture was part of the Chicago Critics Film Festival, which is an annual film festival scheduled by the Chicago Critics Association with the films they have seen at previous festivals. Critics pick their favorite movies at these festivals to make a selection for Chicago moviegoers. The directors and cast were there as special guests, doing post-film question and answer sessions with the audience. The festival had many ups and downs, and it offered an incredibly different slate of films.

This is the ninth year of the Chicago Critics Festival. The festival unfortunately had to take a break recently due to world events. In October, the Critics Association held a mini festival, but this May marked the return of the festival in authentic form.

The festival opened with “Cha Cha real smoothdirected by Cooper Raiff. It was a very sweet movie that was definitely a crowd pleaser. Raiff hosted a Q&A after the screening and offered some tips for young filmmakers.

“Do something that means something to you and hopefully it can affect someone else,” Raiff said.

Another highlight of the festival was the selection of horror and suspense films. Awards shows have historically ignored these genres, so it was a welcome experience. My favorite shown was “Resurrection», directed by Andrew Semans. The film follows a woman haunted by a man from her past who suddenly returns and turns her life upside down. It’s an incredibly tense film and features incredible performances from Rebecca Hall and Tim Roth. The movie had a very unsettling atmosphere that kept me engaged and on the edge of my seat.

The most impressive performance of the festival was that of Andrea Riseborough in “To Leslie», directed by Michael Morris. Riseborough plays a Texas woman who wins the lottery and squanders her winnings, which leads to her becoming a homeless alcoholic. The film is about his attempts to redeem himself and get back on track. Riseborough is a wonder to behold. She manages to play a very unlikable character but in a way that audiences still root for her.

The number of people in the audience would fluctuate. For lesser-known documentaries and films, very few people outside of the press would show up. For films backed by major studios or those with top-tier cast, the theater would be on the verge of selling out. It’s no surprise, but it’s kind of sad that so many amazing movies have only been seen by a handful of people.

“Hold your fireis a documentary about a 1972 New York hostage situation that was resolved with words rather than guns. The film is incredibly powerful, and the director describes it as a tool to reduce violence in real life.

I was lucky enough to sit down with “Hold Your Fire” director Stefan Forbes. Forbes grew up as a movie nerd and made his own Super 8 movies as a kid. He always wanted to be a screenwriter and director, then became an apprentice cameraman. He got his start in the film industry as a cameraman on films such as “The Boondock Saints”. He is a strong advocate of the internship and believes it is one of the best ways to learn about an industry you are passionate about.

Forbes is hopeful for the next generation of filmmakers but is not without concern.

“To all the young filmmakers coming in, we older filmmakers are excited and thrilled for the stories you’re about to tell, but we’re also terrified for you because this is an incredibly difficult undertaking,” he said. declared.

“As filmmakers, we need your transformative stories to help save a nation teetering on the brink of fascism and a planet that is on the brink of destruction. We urgently need these new voices. We need the Gretas and these young activists to be fierce and uncompromising and rip shit up,” he said.

One of the most interesting and unique films of the festival was “The Blind Man Who Wouldn’t See Titanic», directed by Teemu Nikki. This movie tells the story of a cinefile, who is blind and uses a wheelchair, as he goes on a trip to meet his girlfriend online. The camerawork in this film is truly amazing. The filmmakers use close-ups and out-of-focus shots to simulate the main character’s disability. This film is truly incredible beyond the technical aspects. The story is touching and finds the humor of an awful situation in a great way. This movie touched me on a very high emotional level and I urge everyone to watch it when it becomes available.

The festival closed with “I love my father», directed by James Morosini. The movie was hilarious, incredibly gritty, and also very heartfelt. Patton Oswalt plays a man who grabs his son to come back into his life. After the film, the stars, Morisini, Oswalt, Claudia Sulewski and Amy Landecker, held a question and answer session.

The cast answered a lot of questions. From the supposedly true experience Morisini had that inspired the film, to what it was like to make a film with such a boundary-pushing premise, the cast gave a lot of insight into the making of this film.

“It was a fun role for me because we’ve all been like this guy,” Oswalt said. “Doing the wrong thing for the right reasons is something we can all relate to, whether we want to admit it or not.”

Overall, the Chicago Critics Film Festival was a very fun experience. In addition to new releases, there were two selections of short films and screenings of classics »boogie nights” and “Bram Stoker’s Dracula.” CCFF gave a great window into what to expect in the coming year for movies. While not all movies are for me, they might be perfect for you. I highly recommend all the films that were screened at the festival.

ten- “Inu-Oh” cannot rate as half of the film is missing. Thanks CTA!

seven- “Resurrection” 4 out of 5 stars

2022-05-22
Previous Post: The birth of Raindance and the British Independent Film Awards
Next Post: About 1200 people attend a spiritual and psychic event in Marion