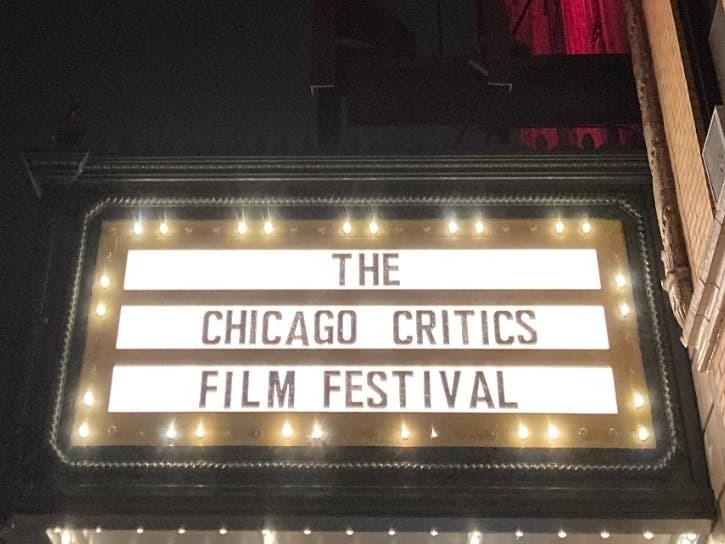 LAKE VIEW (April 25, 2022) — Tickets are on sale now for the Chicago Critics Film Festival, which returns to the Music Box Theater on May 13 for its ninth season. More than 20 new features, shorts and special guests are on the program for this week-long celebration of cinema in the heart of Lakeview.

The festival will open with the endearing Sundance Award-winning “Cha Cha Real Smooth” featuring writer-director Cooper Raiff, who will be on hand for the opening night screening on May 13. The young filmmaker received accolades for his second feature about a recent college graduate whose job as a bar mitzvah party starter leads to an unlikely bond with a young family. Producer Dakota Johnson also stars.

Other big movies making their way from Park City to Chicago include “Emily the Criminal,” starring Aubrey Plaza as a woman caught up in a financial scheme, and “A Love Song,” which fans of “Nomadland” will love. “Marcel the Shell with Shoes On” makes its feature film debut on May 14. “To Leslie” director Michael Morris will take the stage at the Music Box to examine the true story behind his favorite SXSW about a Texas lottery winner trying to rebuild his life.

Midnight screenings and documentaries will air on the big screen throughout the week. Filmmaker Stefan Forbes will come to Chicago to discuss his documentary “Hold Your Fire,” which chronicles the longest-running hostage situation in New York City Police Department history. Kristen Abate and Steven Tanenbaum will do a Q&A after the show for “Straighten Up and Fly Away,” their feature film about a New York writer living with a disability.

Along with the new films, many of which premiere in Chicago, a variety of other programs will be offered, including two short film programs and special anniversary screenings like “Boogie Nights” and “Bram Stoker’s Dracula.” Patton Oswalt stars in the closing night selection “I Love My Dad” on May 19. full range and calendar are now available to view here.

As always, the Chicago Film Critics Association has selected a unique lineup that brings film festival season to Lakeview. All screenings will take place at music box theater at 3733 N. Southport Ave. Festival and individual passes tickets are on sale now.