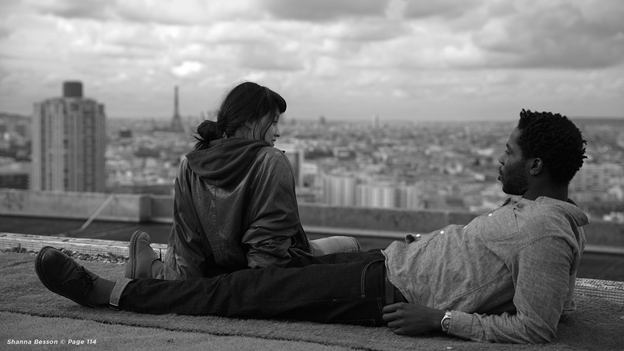 An image from the film â€œParis, the 13th arrondissementâ€ is shown above. Although the film caused a sensation, it ultimately did not win any awards in the International Feature Film Competition at the Chicago International Film Festival.

The 57th Chicago International Film Festival ended on a positive note with its virtual awards ceremony on October 22. The festival is the oldest film competition in North America with a festival program containing a multitude of programs. With films from all over the world, the international competition was filled with impressive and diverse features. The film list contains 13 images from countries ranging from Ukraine to Japan. The prizes handed out were voted on by the festival’s five-person jury.

The main prize of the festival, the Gold Hugo, went to the film “Memoria” by Apichatpong Weerasethakul. The film stars Tilda Swinton as a woman living in Colombia who begins her research to identify the origins of a mysterious sound originating from Earth. â€œMemoriaâ€ is set to have a limited-only theatrical release starting December 26, where it will air on one screen at a time on a weekly schedule.

The second prize, the Silver Hugo Jury Prive, went to â€œDrive My Carâ€, directed and co-written by Ryuske Hamaguchi. The Japanese film centers on YÅ«suke, a man grieved over the loss of his wife, as he finds an outlet for his pain while directing a production of “Uncle Vanya”. The film also received the Audience Award for best international feature film which was voted on by festival-goers. “Drive My Car” will represent Japan at the 94th Academy Awards in competition for Best International Feature Film.

Other recipients include Peter Kerekes, winner of the best director award for “107 Mothers”, “Nobody Has to Know”, Bouli Lanners and Michelle Fairley, best man and best woman and Kasper Tuxen for best photography for his work on “The worst person in the world.” Aleksandre Koberidze, screenwriter of “What do we see when we look at the sky?”

While there were many other prizes awarded in the International Feature Films category, a few of the films from the program that stood out to me ended up being overlooked in the competition. Although I did not see the 13 films in competition, I did have the opportunity to see a few films on the program. Two of my festival favorites, â€œDrive My Carâ€ and â€œThe Worst Person in the Worldâ€, have been successfully received and have won some of the festival’s most prestigious awards. The two were fan favorites as they got a lot of buzz and a positive reception even before being screened at the festival.

â€œTsugua’s Diariesâ€, directed by Maureen Fazendeiro and Miguel Gomes, and â€œParis 13e arrondissementâ€ by Jacques Audiard were two films that I expected to win a few awards, but unfortunately they weren’t successful. They were innovative in completely different ways, but both stood out for me among the other competitors.

The international feature film which was my absolute favorite of the festival also left the competition empty-handed. “Petite Maman” by French filmmaker CÃ©line Sciamma is a touching film about the bond between mothers and daughters with fantastic elements that bring the story to life. Sciamma won the Gold Hugo in 2016 for her film “Portrait of a Lady on Fire”. This year, it was her return to the festival with not only “Petite Maman”, but also with “Paris 13Ã¨me” which she wrote. Even though it didn’t receive any awards from the festival, â€œPetite Mamanâ€ was by far my favorite piece on the program.