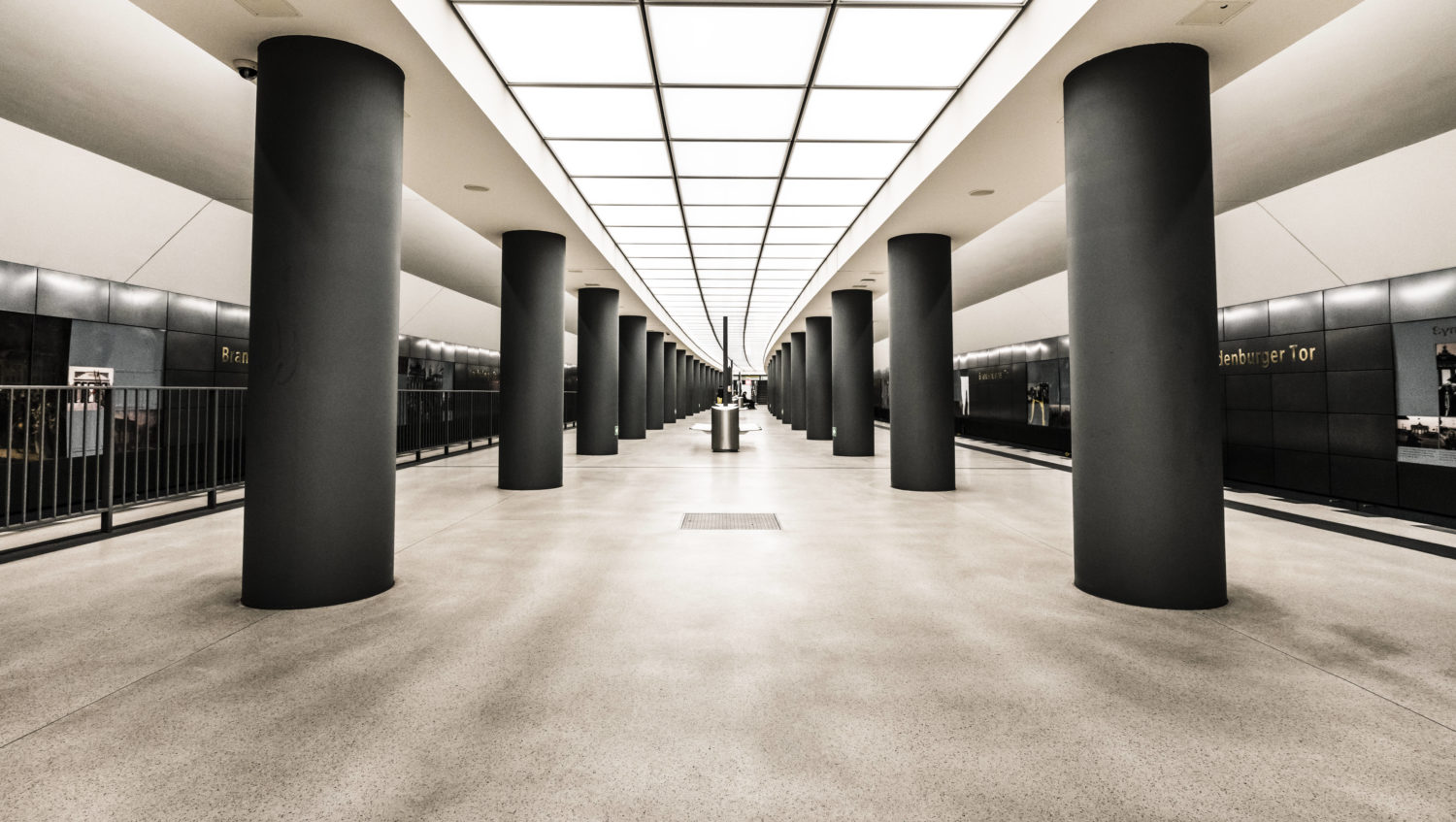 Cool places in Berlin: where to go when it’s too hot to do anything

The tunnel under the Spree has existed for almost 100 years. 120 meters long, it connects the Kämmereiheide near Köpenick to the Müggelpark in the district of Friedrichshagen. It was built because a bridge would have been too disruptive to the (then) booming shipping industry. So, instead of a nice view of the Spree, we have this cool, damp tunnel. Impressive. Other tunnels in Berlin can also offer respite from the heat, and some have even more fascinating stories – more on that later.

Step out into Berlin’s deepest Bahnhof

Have you even been to Berlin if you haven’t taken a selfie in front of the Brandenburger Tor? Visitors to the Hauptstadt are naturally drawn to Pariser Platz and Tiergarten (Berlin’s most underrated park). But did you know that 17 meters below the crowd is Berlin’s deepest U-Bahn station? At such great depth, it is said to be on average 10 degrees cooler than on the road above.

Museum excursions aren’t just for rainy days. In the well-conditioned and partly windowless halls of the Neues Museum you can escape the hell outside. Part of the effect, however, may be psychosomatic; many exhibits feature metal and stone artifacts from prehistory and ancient history as well as antiquity. Most major museums in Berlin are reasonably air-conditioned (!) – extreme temperatures are terrible for the longevity of art.

The taxidermy room of the Naturkundemuseum

Thirst for knowledge and freshness under one roof: In the taxidermy hall of the Natural History Museum, various taxidermy techniques are presented and various animal plastinates from the workshop of the famous Gunter von Hagens are exhibited. Due to the nature of the exhibits, the room is well air-conditioned and perfect for taking a break before heading back out into the heat.

The cold does you good. Ask any crypto startup bro and they’ll tell you the benefits of logging and cold showers. But why not go further? During cryotherapy, you stand in a cold sauna for two to three minutes, during which the temperature is reduced to minus 110 degrees Celsius. It’s not colder. The Berlin companies ‘CTB Fit’ and ‘Formwandler’ offer cold rooms, if desired. Apparently the goal isn’t to cool down, but to burn calories, but that’s probably a good idea too.

Relax in the Keller

Every apartment in Berlin has a basement. The temperatures there are bearable, especially in the old buildings. Not so sure about the vibe though. Perhaps you can take this opportunity to tidy up and get rid of that bric-a-brac that you have accumulated between the work groups? You might even find something worth selling at a local Flohmarkt or on eBay Kleinanzeigen.

Get a quote from your local Klimaanlagenhersteller

When Berliners start to suffer from the heat, air conditioner dealers reap the benefits. You don’t have to buy the most expensive device right away – a demo might be enough for now. Think of it as a test drive.

This is where the cool temperatures and Berlin’s history come together: the Berliner Unterwelten regularly offer guided tours through the tunnels and bunkers. The Humboldthain bunker or the AEG test tunnel – Germany’s first underground railway tunnel – is our choice.

Still too hot? Reddit user /u/jessepinho created this map of all locations with Air conditioner in Berlin. There are nearly 400 locations, and the list keeps growing! Thanks /u/jessepinho!

Still too hot? Head straight to one of Berlin’s outdoor swimming pools or to the city’s most beautiful lakes.

2022-06-27
Previous Post: The return of the parade ends the celebrations of the Swedish Days of Geneva
Next Post: Andreas Kleinert’s ‘Dear Thomas’ wins nine at the German Film Awards 2022 | New