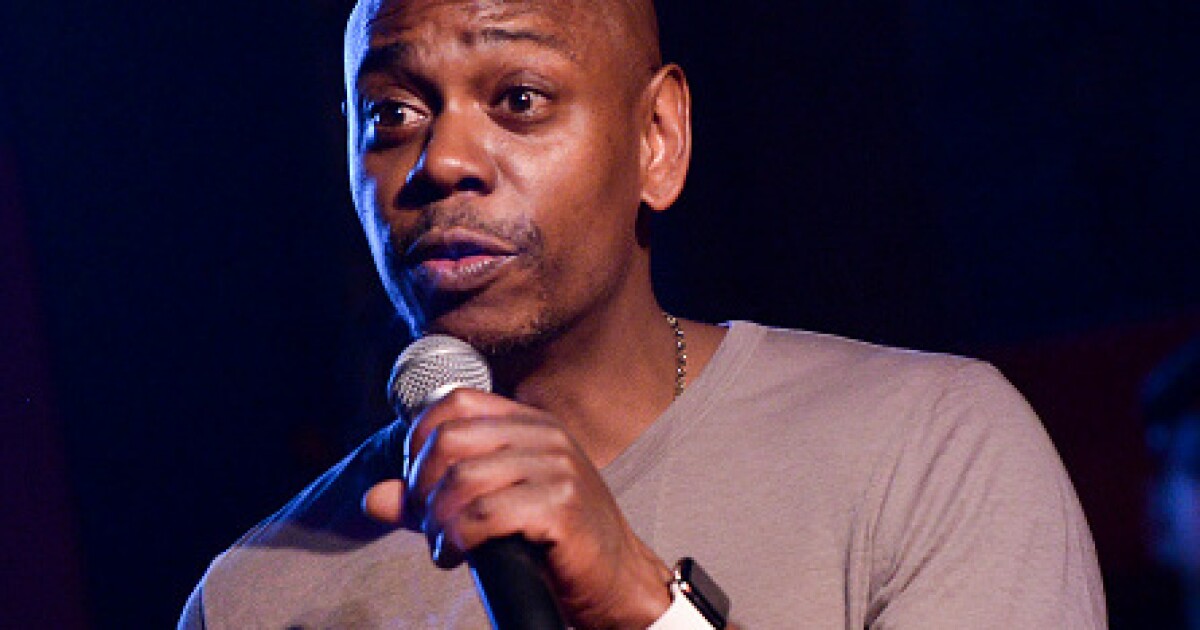 Dave Chappelle’s attacker charged with assault with a deadly weapon

Los Angeles police have arrested the man who attacked the comedian Dave Chappelle onstage during “Netflix Is A Joke” Festival. Isaiah Lee, 23, was charged with assault with a deadly weapon after the LAPD alleged he jumped on stage at the Hollywood Bowl, pointed a replica handgun with a knife blade attached and tackled Chappelle . Police are still investigating a possible motive.

The attack was filmed by members of the public who brought cell phones to the scene. An eyewitness told NPR that, ironically, during his stand-up routine before the incident, the comedian spoke about his heightened security. Others noted that Chappelle opened up about the recent Oscar incident in which Best Actor winner Will Smith slapped presenter Chris Rock for a joke about Smith’s wife, Jada Pinkett Smith’s hair. The Academy of Motion Picture Arts and Sciences investigated the incident and banned Smith from all of its events, virtually or in person, for 10 years.

Chappelle reportedly said Smith and Rock’s actions resonated with him.

Some members of the public also posted a video of Chappelle later joined on stage by actor Jamie Foxx and comedian Chris Rock, another festival performer. “Was it Will Smith? Rock asked, as the audience laughed.

Chappelle appeared unharmed and reportedly joked that his attacker “was a trans man”. Earlier in the set, he said he felt attacked by transgender people who criticized his past as being transphobic. For example, in her Netflix special “The Closer” last October, Chappelle joked about trans women and their genitals.

An eyewitness told NPR that right after the incident, she saw Chappelle and security guards chasing the man backstage. Upon his return, he reportedly called his attacker “clumsy” and said, “I’ve been doing this for 35 years. I just crushed one [n-word] backstage – I’ve always wanted to do this.”

The LAPD did not release many details about the suspect; they say Lee was injured while the security guards detained him. He was seen leaving the Hollywood Bowl on a stretcher, with apparent injuries, and being booed by Chappelle fans. He received medical treatment and remains behind bars in Hollywood prison on $30,000 bail.

Chappelle’s public relations rep, Carla Sims, said the comedian was cooperating with the ongoing police investigation. “Dave Chapelle celebrated four nights of comedy and music during the festival, tied with Monty Python for the most successful shows of any comedian at the Hollywood Bowl,” Sims said in a statement sent to NPR. “He refuses to let last night’s incident overshadow the magic of this historic moment.”

Sims added: “As unfortunate and disturbing as the incident was, Chappelle carried on with the show. Jamie Foxx and Chris Rock helped calm the crowd with humor before Chappelle introduced the evening’s final musical guests, the hip-hop artists Yasiin Bey. and Talib Kweli, aka Black Star.”

After the incident, Netflix sent a statement to NPR that read, “We care deeply about the safety of creators and we strongly defend the right of stand-up comedians to perform on stage without fear of violence.”

This isn’t the first incident in Hollywood since the “slap heard ‘around the world'” at the Oscars. In March, a man allegedly pulled out a gun at a Hollywood comedy club frequented by the former world heavyweight champion mike tyson. In this case, the club boss reportedly said it was a joke, not a threat, and told Tyson he was a fan. The ex-boxer would have responded with a handshake and a hug.