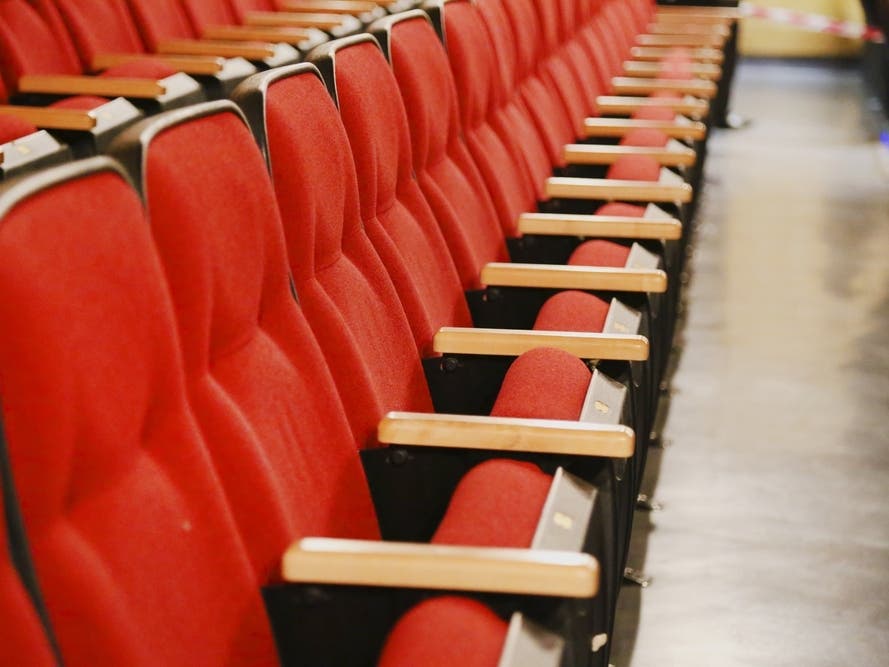 Since 1985, the International Latino Cultural Center of Chicago has presented the annual Chicago Latin Film Festival, which features a diverse and entertaining selection of feature and short films from across Latin America. This year’s event, presented both in person and virtually, began on April 21 and continues through the weekend. With time to catch a move or more, here are three that come highly recommended.

This film about iconic filmmaker Luis Buñuel isn’t a traditional documentary with a series of talking heads discussing the pros and cons of the subject and his work. It’s more of a loving tribute to his ingenious and often bizarre works of surrealism. If you don’t know much about Buñuel, you’ll learn why he’s often called a genius (or a madman); or if you’re a fan of his work (like me), you’ll enjoy the long clips from some of his greatest films.

Director Javier Espada – who shares Buñuel’s hometown of Calanda in Aragon – includes details of the filmmaker’s life, including his college years at the Residencia des Estudiantes in Madrid, where he befriended Federico Garcia Lorca and Salvador Dali, with whom he made his first films, the shocking An Andalusian dog (1929), famous for its gruesome eye-cutting scene, and Golden age (1930), deemed blasphemous by the Catholic Church. Espada traces Buñuel’s itinerant film career – leaving Spain during the Spanish Civil War, making films in France, briefly in Hollywood and Mexico.

His leftist politics and anticlerical views are common themes in his films, especially Nazarin (1959), desert simon (1965) and his masterpiece, Viridiana (1961), in which he recreated Leonardo da Vinci’s Last Supper with a “benggar’s banquet” punctuated by a group photo of the Last Supper and a hilarious skirt-raising scene. Many of Buñuel’s films have caused scandals, which for a surrealist is tantamount to success.

In his memoirs, my last breath, Buñuel says that there is a recurring theme in his films of people facing a dilemma: “the impossibility of satisfying a simple desire”. It’s definitely the theme of two of my favorite Buñuel movies—The discreet charm of the bourgeoisiewhen a group of friends go out to dinner but never manage to find a meal, and The Exterminating Angel (1962), where an elite group goes to a lavish dinner after the theater, only to find they can never leave the house; chaos, claustrophobia and stripping ensue for days and days. Both films are poisonous political/social satires. My only criticism of the Espada movie is that it leaves almost no screen time for The Exterminating Angel.

Bunuel, a surrealist filmmaker screens at 6 p.m. Thursday, April 28 at Instituto Cervantes, 31 W. Ohio St.; it is available to stream from April 27 to May 1.

Señora Maria owns the local artisanal tequila distillery, Dos Estaciones. She carries on her father’s legacy in the tequila business and tries to keep it alive, despite a plague that has hit the essential agave crop, climate change and foreign competition. The city values ​​Señora Maria (Teresa Sánchez) because of the jobs her company creates and because she is fair and generous in her dealings. When Maria meets Rafaela (Rafaela Fuentes), a young woman with administrative experience in a tequila factory, Maria hopes that Rafa can help her save the business, which she refuses to sell to the foreign company that has made offers. (The plot reminds The rose maker about the artisan rose grower from rural France who refuses to sell his family business to the giant competitor.)

Juan Pablo Gonzalez conducts Dos Estaciones like a docu-fiction; the film takes us through the process of making tequila, from the opening scenes of the farm workers harvesting the agave pines to the factory tour that Maria gives Rafa, and scenes from the bottling and bottling process. packaging.

Señora Maria is a tough, solid woman in her 50s, who rarely smiles, though she cares deeply about her business and its employees. The only scenes where she seems to find happiness are dancing in her kitchen with Rafa or doing wheelies in her truck in a dusty field. Maria is at her desk every day and spends time at the factory. Through her interactions with her workers, with Rafa and with Tatin (Tatin Vera), her hairdresser, the film also subtly explores gender identity in this conservative Catholic community.

Gonzalez sets the film in his native Atotonilco in the state of Jalisco, with many views of mountains and fields. He frequently frames interior scenes through windows and entrances, giving us the feeling of being observers of the drama. There are long sequences with little or no dialogue, where the on-screen activity carries the story, such as the cleanup after the storm and the flood that are disastrous for the factory.

Dos Estaciones screens at 6 p.m. Friday, April 28 at the Landmark Century Center. It is available to stream from April 27 to May 1.

Goodbye goodbye chicago is a moving story that feels intensely authentic. It is about a friendship between a Colombian graduate student and an older Mexican immigrant. Miguel (Roberto Diaz Blanquel) emigrated from Mexico in his youth, leaving behind his career as a singer/musician, but not his musical memories.

Now he considers himself an old man; he is alone, without family and with little money. When his neighbor Dalia (Luisa Franco) befriends him, she brightens up his life with visits and helps him reconnect with old friends and the city. Dalia, it seems, never knew her father and finds value and joy in talking with Miguel and his friends – Pablito (Eytán Lasca-Szalit), a poet, and Arnulfo (Lauro Lopez), who started a successful bakery now run by his daughter. . The three elders agree that most immigrants want to return home when they die. Miguel wants to be buried in his old country. The scene in which he says goodbye to Chicago is poetic and beautiful.

goodbye chicago is written by Roma Diaz and directed by Diaz and Enrique Gaona Jr. Diaz is a Chicago-based Mexican playwright and founder of the Tecolote Theater Company; Gaona is a DePaul University junior majoring in film and television. This is the team’s first film and it was shot all over Chicago – in Pilsen, Little Village, Humboldt Park and on walks along scenic boardwalks. In an end card, the producers dedicate their film to “all the immigrants who one day left their country and spent their lives dreaming of returning home.”

goodbye chicago will screen in person at 3:45 p.m. on Sunday, May 1 at the Landmark Century Center and will be available to stream from April 27 through May 1.