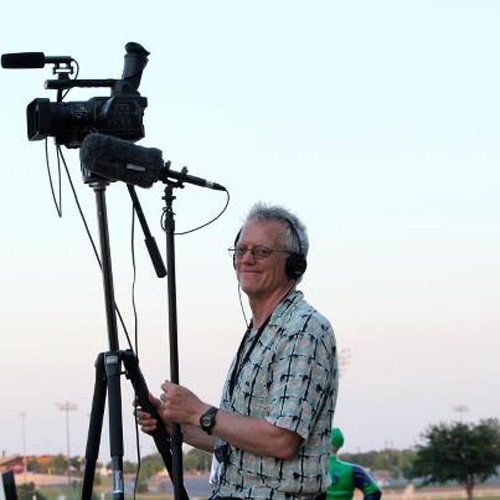 It’s been a long, bittersweet and enlightening road for Campbell Dalglish’s documentary “Savage Land”. The filmmaker, writer, producer, playwright, and associate professor at East Patchogue’s City College of New York has won several awards for Best Documentary, including The Americas Film Festival of New York, Lake Placid Film Festival, and The American Indian Film Festival. Most recently, it was awarded at the European Film Festival (London, Valencia and Warsaw) for best story and best film.

Dalglish, with co-director and Native American studies researcher Henrietta Mann, recounted a reconstruction of the events that led to the tragic shooting of 18-year-old Mah-hi-vist Goodblanket, with live footage and audio. Mah-hi-vist, a member of the Cheyenne and Arapaho tribes of Clinton, Oklahoma, was shot seven times in 2013 in his parents’ kitchen by sheriff’s deputies after Custer County Police received a 911 call from his father indicating that his son was restless. Wilbur Goodblanket feared his son, who suffered from Oppositional Defiant Disorder, which Mah-hi-vist was controlling with therapy and medication, would get hurt. The parents wanted help from medical staff and law enforcement to calm him down. Claiming that the young man threw knives at the two sheriff’s deputies, they fired seven shots with his parents standing outside, including one to the back of Mah-hi-vist’s head.

The story leads to the discrimination and racism experienced by Native Americans to this day, activated by the forced relocation of 39 tribes to Oklahoma over a century ago. Descendants of the Sand Creek and Wichita massacres describe how the terrible injustices of the past persist.

Dalglish discussed the film’s impact since its screening with the Advance.

Advance from Long Island: What was the overall reaction to the film?

Campbell Dalglish: I started the Plaza Media Cinema & Media Arts Center (as a co-founder with Catherine Oberg in 2011) at the same time as I started this film. We were getting a lot better known in Europe and PBS presented it. There were 65 PBS stations in total that broadcast it. The North Country Community College in Vermont, as well as two other colleges in Vermont, are interested and we will project it there. I will do this from a Zoom talk on February 17th, as well as with Henrietta Mann and other associates in the film. University colleges have become a very good teaching point, illustrating how to be aware of the historical trauma of American Indians. If people want to see “Savage Land” it’s a little difficult now because of the PBS pledge campaign across the country. (“Savage Land” is being distributed exclusively for two years with EPSTV / PBS. It aired on PBS November 1 in commemoration of Native American Month.) If you want to see it, call WNET and WLIW or email – email them. They will likely screen it again in January.

LIA: Has there been any indication of justice for Mah-hi-vist’s death since his death or after the documentary aired?

CD: The quick answer is no. There has been no movement on the charges against Custer County police. The allegations include an officer saying he was attacked by Mah-hi-vist, but the shots were of a distant type, so it looks like a cover-up. They claimed to have struggled with him up close, but he was shot seven times, including one in the back of the head. The dash camera of the officer who shot him, his dash cam was not delivered. And there were several deviations. (The Custer County District Attorney has determined that the shooting was justified. The Goodblankets want the investigation to be reopened.) We plan to do a sequel, “Redbird” (Mah-hi-vist’s name translates to Red Bird ) with a full investigation of the matter. We need to hire a DC investigator and civil rights lawyer and raise awareness and fundraise for what needs to be done. The documentary will be offered on demand in colleges. We will also connect with Indian communities where PBS is available and get their feedback.