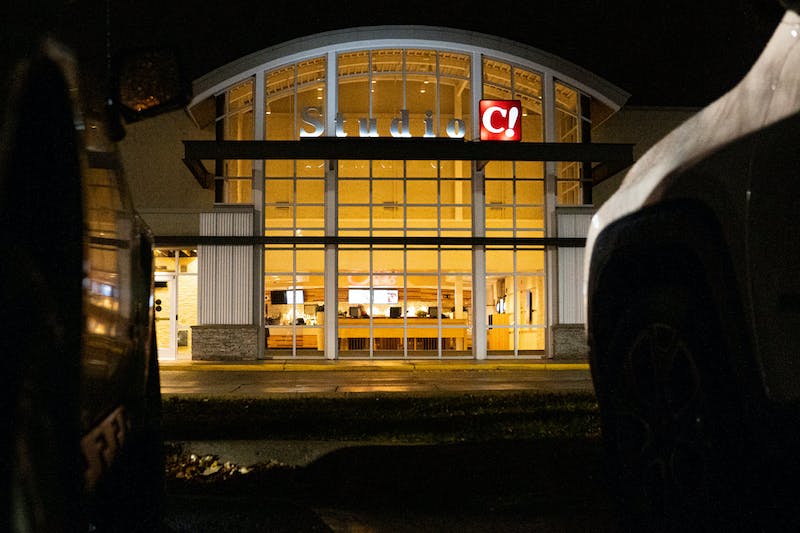 This weekend at Studio C Cinema in Lansing, prestigious producers and directors and a host of creative film projects were brought to our backyard for the 24th year, making the East Lansing Film Festival the second oldest festival. Michigan Cinema.

The East Lansing Film Festival hosts numerous world premieres of feature films, shorts and documentaries from around the world.

The difference between seeing a movie at the theater and at the film festival is the deciding factor in making a movie: creativity.

Film experts agree that since filmmaking is the blend of all the arts, a filmmaker must be well versed in the literacy of creative works, which small filmmakers may need to break into the industry. The film festival has proven that in works that are not widely distributed, creativity is always instilled in the storytelling.

One of the films focusing on creativity was the feature documentary “How Did You Learn Today?”” directed by Thomas Grube. It follows Willow Elementary School and its drive to incorporate artistic thinking, centered on teaching a creative setting and harnessing the connections children make through their instincts to create an intellectual sense of the world.

The title contrasts directly with the often asked question: “What did you learn today?” With an emphasis on identifying what you see, hear and feel, the Artistic Learning Method aims to prove that learning shouldn’t just be about doing well on a test, learning is an emotional experience.

Artful Learning empowers those who learn and teach differently. Using an interdisciplinary approach, the artistic learning model aims to increase engagement through a strong emotional connection. Through this growing emotional connection, students begin to understand deeper concepts such as the impact of a subject they are learning.

â€œThe best thing to know is in the context of a different discipline,â€ said Artful Thinking Inc. president Alexander Bernstein.

This progressive teaching model is practiced at the Dwight Rich School of the Arts in Lansing, MI. Teachers and students from this school district were in the audience of the film festival to support the pedagogical concept and ask the directors about their own experiences in the field.

This creative subject matter was produced by one of the most influential conductors in American history, Leonard Bernstein, who balanced his passion for music with his passion for education throughout his life. His son, Alexander Bernstein, continued his father’s project by devoting all his time to enriching the foundation created by his father, to finding extraordinary parallels between music and language.

Grube, the director of the film, explained why this creative process exists and should be covered by the general public.

â€œWe talk these days about what kind of a world do we want to live in, realizing that the world we live in right now is coming to certain limitations, friction, and we question a lot of systematic things,â€ Grube said.

Patrick Bolek, Executive Director of Artful Learning, pointed out that this model is used by artists and that the idea behind the film was to raise awareness of the creativity behind artistic thinking.

“The way the whole system works with Artful Learning encourages a different citizen, a different way of seeing the world by being able to connect things and be more critical and create a more holistic view of the world,” said said Grube.

The film was a showcase of what education can do with the use of divergent thinking and demonstrating how the arts and creativity are the paths to understanding.

The film festival also featured a series of short films that encompassed the ideal of creative thinking and problem-solving within the plot. They also draw from an international perspective like Japan and Austria.

Todd Walter, a longtime fan of shorts and film festivals, explained why shorts are important in this local tradition.

â€œWe’ve been supporting this (festival) for a number of years,â€ Walter said. “I like shorts because it maybe gives you a feel for something bigger down the road.”

“FUNNY,” directed by Keisuke Sakuma, follows a teacher who gets fired for her habit of making faces during a conversation with others. She feels ostracized until she is tutoring a girl who has a habit of chewing and eating gum when she’s stressed out about her homework. They bond and are able to overcome their fear of judgment together.

As audiences laughed at the grimaces on the big screen, the film focused on the creativity behind managing stress responses and finding creative ways to overcome and bond during times of stress and insecurity.

Do you want the news without having to search for it?
Sign up for our morning newsletter. It’s everything your friends are talking about and more. And it’s free!

Another short film that encouraged creative responses to adversity was “The Legacy Sessions”, directed by William D. Ashton. The story followed a struggling young girl struggling to overcome the grief of losing her mother and forging an unlikely friendship with an elderly woman on a mission to a drama club.

The film tells about how, having followed such a creative enterprise as theater and theater, the girl was able to overcome her internal conflict. She finds herself expressing her emotions through the lens of the older woman, allowing herself to be healed in creative ways. The main character is also seen expressing himself through punk music, with an emphasis on the use of music when it comes to dealing with mental health and grief.

This series of short films focused on mental health and learning to cope with life changes.

This is evident in the festival’s final short, “Dogwatch”, directed by Albin Wildner, is an Austrian short film about an older man who loses his lifelong job in an industrial company and is coerced by the Austrian Office of the unemployment to keep quiet, a disappointing job as a night watchman. As he learns to accept his current situation, a traumatic incident causes him to be fired and throws him back into unemployment.

Showcasing Creativity at the East Lansing Film Festival continues to draw audiences for a more cultural and diverse cinematic experience.

â€œIt’s good to have it local. … diversity and that gives people another opportunity to see a different cultural event in the community, â€said Walter.

Cinema will continue to be an outlet for the most creative and accessible art form, especially with traditions like the East Lansing Film Festival which continues to be an open place for artists to share their work. In her second year of film studies, Sierra McIntosh emphasized the importance of innovation and creativity in her studies.

â€œI would say that every filmmaker and producer as well as screenwriter has their own take on what creativity is,â€ McIntosh said. “I think everyone has their own point of view.â€¦ And their ‘creative goal’.”

Combining several disciplines, cinema will continue to be a stimulating and enriching experience for adult and student creators. Additionally, as the cinema is an accessible and easily digestible experience for all ages, the company can continue to test its creative abilities by watching these independent films critically and analytically. This is what makes this art a constantly evolving creative discipline.