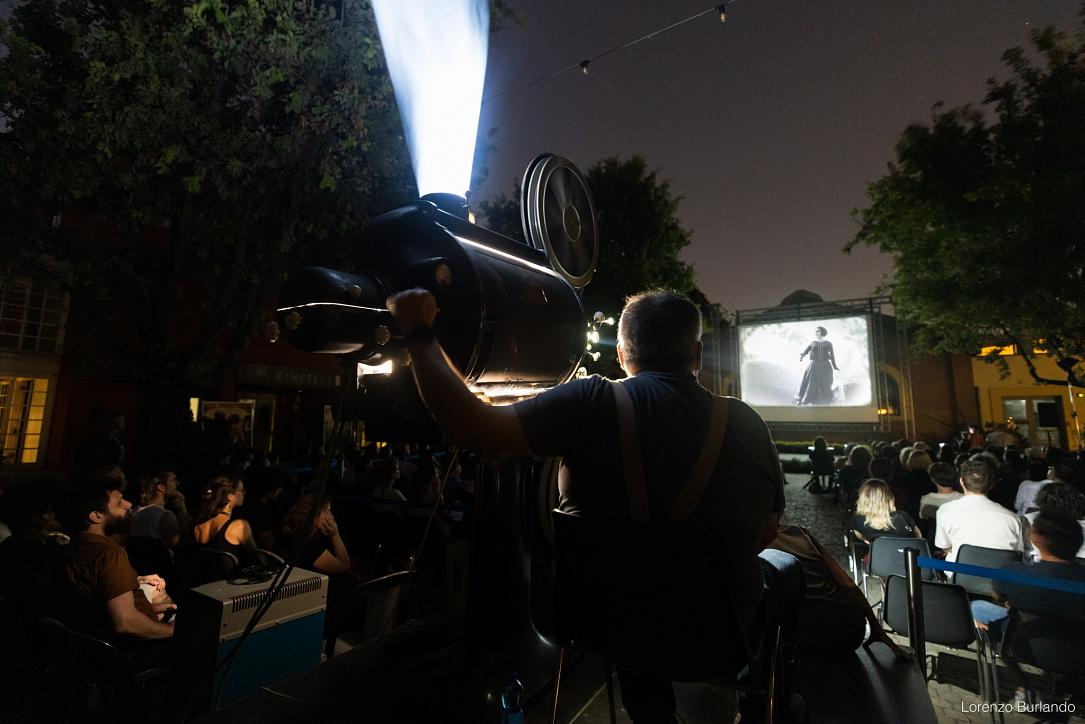 Romania’s biggest film festival, Transylvania International Film Festival (TIFF), celebrated its 21st edition between June 17 and 26 in Cluj-Napoca. The Romanian Cinema Days (Zilele Filmului Românesc) is one of its main sections, a competition featuring the most recent, already created and upcoming Romanian productions.

The winner is Miracle/Miracolthe second part of Bogdan George Apetri’s trilogy launched by Not identified (2020), in which common characters are part of the same universe, and are set in and around Apetri’s native Piatra Neamț. Like its predecessor, Miracle is a thriller, tense, unforgiving, and with an ending that’s sure to spark discussion (or confusion, depending on one’s level of skepticism, not just when it comes to miracles). But it is a strong film and Apetri a talented director, worthy of the award. The other good thriller in competition, the tense of Emanuel Pârvu, excellently interpreted Mikado would have been equally worthy of a competitor. Alina Grigore Blue Moon/ Crai nou snatched the award for best first feature while Victor Canache’s adaptation of the popular tale The goat and her three kids / Capra cu trei iezi (another genre shot, this time horror) won the audience award. Unsurprisingly, the bustle of Monica Stan and George Chiper-Lillemark Immaculate / Immaculate, a film that clearly stood out, both for its style and its approach, received the international film critics award, FIPRESCI. More information on the other titles in the following columns (some are already in theaters).

The winner of What’s Up Doc, the documentary section, from this year also a competition, is also the only documentary presented in the Romanian days, the docu-hybrid by Sebastian Mihăilescu For me you are Ceaușescu/ Pentru mine you are Ceaușescu. The program, daring and full of experimental forms, mixing documentary and scripted, fictional elements, was much more exciting than the feature competition, with David Easteal’s impressive and hypnotic conversation. The plainsor the hilarious and absolute breathtaking of Jean Libon and Yves Hinant of a procedure For a handful of fries.

The Documentary Jury was made up of Romanian documentary filmmaker Alexandru Solomon (also former artistic director of the excellent One World Romania), and his films have been honored in the 3×3 section. cold spells/ Razboi pe calea undelor, Tarzan’s testicles/ Ouale him Tarzan, Clara B.. and the selected shorts are just as sensational as their titles, not only in their choice of subject matter, but also intelligent, playful, critical and just as relevant today as when they were released.

Cinema Elvire Popescu in Bucharest will host some of the festival’s titles between July 21 and 24.

Last year I flew to Cluj from Bologna where I attended Ritrovato Cinema (“cinema rediscovered”), this year it was the opposite. Organized by Bologna Cinematheque, it is the most important festival dedicated to the restoration of films, and for thirty-six years it has presented films recovered and restored by specialized centers and laboratories, most of them dating from decades older. This is an entirely different event, a festival with no competition or red carpet, a veritable Mecca for scholars, archivists, students and generally a very loyal audience interested in everything from 1920s silent films to classics from the 1980s (The Blues Brothers).

It was my third year there and no Romanian films on the program so far, which, one might say – and not without reason – says a lot about the management of the local archives, i.e. that they are very little known or shown publicly. In recent years, several silent films from the National Film Archive have been restored (Independenţa României, 1912; Manasseh1925; Leiba Zibal, 1931), hopefully there will be more to follow. Newer rates could also be selected, of course, I’m curious if future editions will take care of this. This included a Romanian reference (light as the connection was, I was still happy with it) le beau noir by Jean Negulesco three strangers. Born Ioan Negulescu in Craiova in 1900, Negulesco emigrated to France in the 1920s and from there to the United States, where he eventually worked in Hollywood; his probably best known film is the comedy How to marry a millionairewith Marilyn Monroe and Lauren Bacall (1953).

There were so many good films and programs: in the special section devoted to Argentinian director Hugo Fregonese (barely a criminal, My six convicts, Saddle rail), the perfect comedy by Jacques Tati Mr. Hulot’s vacation (1953), accompanied by a documentary about himthe tribute to Sophia Loren, probably THE most famous of Italian actresses (her least seen comedy Too bad she’s bad is a hoot, with Vittoria De Sica, later famous for her neorealist dramas, stealing nearly every scene), the free outdoor screenings of Piazza Maggiore (this year quite ambitious for end-of-hour events), like Bertolucci’s magnificent and devastating The conformistthe experimental film then censored by Kira Muratova Brief encountersor the dark and striking Charles Vanel In the night (although with a cheesy ending forced by the studio, it wasn’t an anomaly at the time).

This year the festival inaugurated a more transgressive section in the newly refurbished Europa cinema, including the adult classic Deep Throat (if the title doesn’t ring a bell, the quickest internet search will tell you), John Waters’ Outrageous Pink flamingosWhere Invaders from Mars. These films being presented along with projections with a carbon arc lampexuding a magical cloud of blue light, say it all: there is commonplace here for so many forms and contents, and so much love for all.