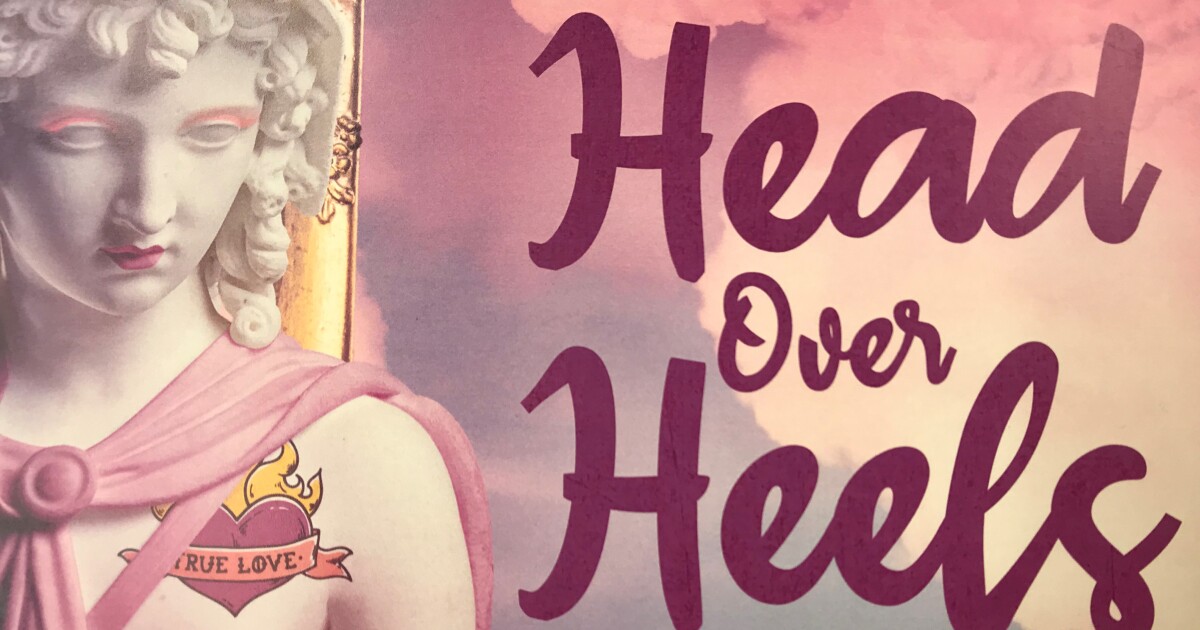 Punk rock and Elizabethan poetry may not seem like a natural combination. But Illinois Wesleyan University is making it work in a new production of the musical “Head Over Heels,” which airs Friday through Sunday.

Director Scott Susong has said that â€œArcadia,â€ written by Sir Philip Sidney in the 1500s, has more in common with Go-Go music than you might think.

â€œA lot of the tropes that we find in Shakespeare’s work, especially in his comedies, come from Arcadia. This is where we first hear about Aarden Forest,â€ said Susong. â€œThis idea of â€‹â€‹going into the forest and trying to work out … the romantic complications and end up with, you know, a happy ending and a bunch of weddings. And what’s interesting is that there’s something about this iambic pentameter, that Shakespeare uses this heartbeat, this stressed and unstressed five-beat, which actually ends up in the same kind of lyrical work and beating work that we find in a lot of Go Go’s punk to pop rock. “

The sheet music for “Head Over Heels” includes the hit songs “We Got the Beat”, “Our Lips Are Sealed”, “Vacation”, “Heaven is a Place on Earth” by Belinda Carlisle and “Mad About You”. The Love Story originated at the Oregon Shakespeare Festival in 2015 and was performed on Broadway from 2018 to 2019 at the Hudson Theater. It’s called a jukebox musical, something Susong said is popular right now.

“Jeff Whitty, who most people know from Avenue Q, said you know what, it reminds me a lot of my undergraduate studies in Elizabethan Poet Theater History. So that was originally his concept.” , said Susong.

The Shakespearean language can be masterful and difficult for modern ears to access, but the adapter made by James Magruder is, Susong said.

â€œIt’s blank verse. He wrote in some contemporary idioms, but in blank verse. We had to do some verse work like we would for Shakespeare,â€ he said. “The only things that aren’t white grubs are the lyrics and the songs, and yet they feel like it’s the same language due to the stressed and unstressed nature of the lyrics and songs.”

Susong saw the show in New York and wanted to do it at IWU.

â€œIt’s a musical challenge. There is something to say for the LGBTQ + community, but yet it’s not heavy. And I think the way we put our brand on it was to buy Renaissance quality, that kind of, we’re in a Victorian theater, but we’re playing a renaissance play. And as MTV, you know, a first music video. We spent a lot of time on the language of the story, trying to represent the full spectrum of gender identities and identities without being overdone, â€said Susong.

He said that the gender interchange and cross-dressing in Sidney and Shakespeare are also modern.

â€œThe whole show is kind of about the generational divide and on, we as an older generation have to see how the younger generation feels about these things,â€ Susong said.

The show is available to stream anytime from Friday to Sunday. Tickets are available online on the IWU Theater page.