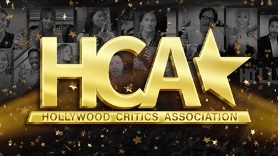 EXCLUSIVE: The HCA Film Awards have joined the list of star-studded ceremonies postponed due to the upsurge in Covid cases linked to the Omicron variant. While the fifth annual Hollywood Critics Association awards ceremony was originally scheduled to take place in Avalon Hollywood on January 8, it will now take place on February 28. It is not yet known if it will take place in person as planned.

“The health and safety of our members, nominees, special award recipients and guests will always be our top priority,” HCA co-founders Ashley & Scott Menzel said, “which is why we have decided to postpone our ceremony at a later date.”

“These past two weeks have felt like deja vu. We were hoping for the best, but the number of cases is only increasing every day,” added Scott Menzel. “Given the number of people traveling for the holiday season, we felt the postponement of the HCA Film Awards was unavoidable. Out of an abundance of caution, we are postponing the awards to late February in hopes of having an in-person ceremony, but only if the current situation improves.

“We would like to thank all of the studios and personal publicists for their continued support as we continue to navigate this time of uncertainty,” HCA President Nestor Bentancor said in closing.

Nicolas Cage, Guillermo del Toro, Jude Hill, Natalie Morales, Alice Brooks, Simu Liu, Greig Fraser, Saniyya Sidney and the cast of CODA were among the Special Prize winners who were scheduled to appear at the ceremony, alongside the stars and filmmakers of the nominated films. The event is expected to be produced by DIGA Studios and will be streamed live on the official HCA YouTube channel.

Additional updates on the upcoming event will be announced in the weeks leading up to its new date. To see the full list of nominees for the fifth annual HCA Film Awards and to learn more about the organization behind the ceremony, click here.