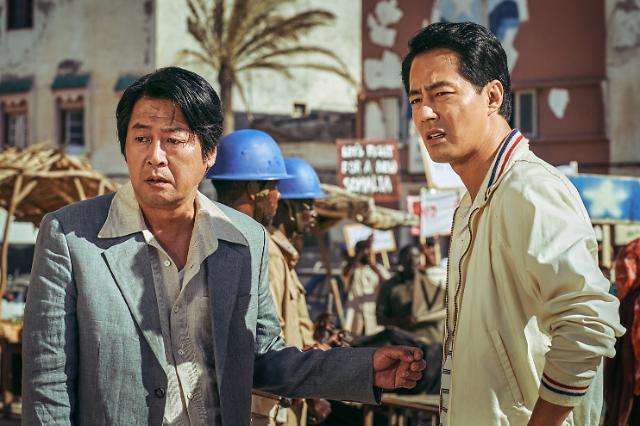 London Korean Film Festival to be held in November

The Korean Cultural Center UK has announced that it will host the 16th London Korean Film Festival for two weeks, November 4-19.

The festival organizer announced that it will screen 35 Korean films of various genres, including independent films, classic films, animated films and short films.

Last year, the annual event took place as a hybrid online and offline festival due to the pandemic, but this year all films will be screened at nine local cinemas in London.

“Escape from Mogadiscio” directed by Ryoo Seung-wan was selected to open the festival.

Set in Somalia in 1991 – as the two Koreas fought for membership in the United Nations and each sought to prevent the inclusion of the other – the film begins with a scene between South Korean Ambassador to Somalia Han Shin -sung (played by Kim Yoonseok) and Kang Dae-jin (Jo In-sung), a spy for the National Security Planning Agency. The two discuss how to prevent the North Korean ambassador (played by Heo Jun-ho) from establishing a stronger relationship with the Somali government. But then, civil war breaks out in Somalia and diplomats from both Koreas are put in a situation where they have to cooperate.

Ryoo’s film was recently chosen as Korea’s entry into the Best International Feature Film category at the 94th Academy Awards.

The closing film of the 16th Korean Film Festival in London is “Heaven: To the Land of Happiness” directed by Im Sang-soo.

Im’s movie centers on two men: # 203 (played by Choi Min-sik) and Nam-sik (played by Park Hye-il). The aging # 203 is a longtime prisoner who has only a few months left before his release. One day, while still waiting, # 203 discovers that he only has two weeks left to live due to a brain tumor. Hearing the news, he escapes from prison. On the run, he meets Nam-sik, who suffers from an incurable disease.

In addition, the films of Korean actor Youn Yuh-jung, Oscar winner, will be screened as part of the festival’s special program hosted by Mark Morris, a Korean classical cinema expert and former speaker on Eastern culture. Asian at the University of Cambridge. He has selected films starring Youn, including “Fire Woman” directed by author Kim Ki-young, “The Housemaid” directed by Im Sang-soo and “The Bacchus Lady” directed by E J-young for the special program. A KBS documentary â€œDocu Inside- Documentary Youn Yuh-jungâ€ produced by Lee Eun-kyu will also be screened during the festival in London, for audiences wishing to reflect on Youn’s career.