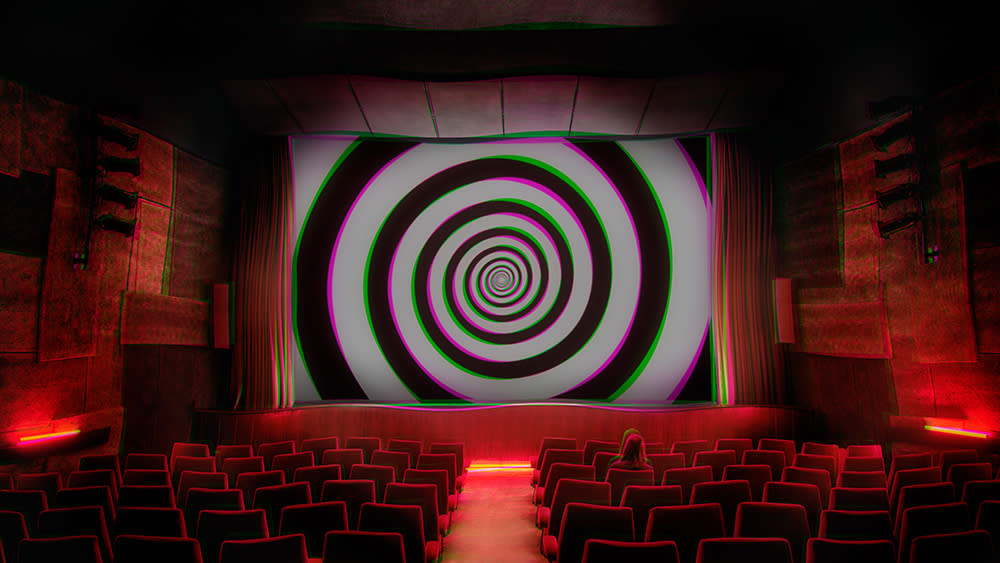 After isolating a movie buff on a flagship North Sea island in 2021, this year’s Gothenburg Film Festival, Scandinavia’s biggest film and television event, is set to stage yet another daring metaphor for film consumption , subjecting the audience of three different film screenings to mass hypnosis.

Nicknamed The Hypnotic Cinema, the titles of the section chosen for the unique experience are â€œMemoriaâ€, winner of the 2021 Cannes Jury Prize by Apichatpong Weerasethakul, with Tilda Swinton; â€œLand of Dreamsâ€ by Iranian Silver Lion of Venice winners Shirin Neshat and Shoja Azari (â€œWomen Without Menâ€) with Sheila Vand, Matt Dillon and Isabella Rossellini; and “Speak No Evil” by Danish director Christian Tafdrup, which is scheduled to premiere at Sundance this month.

Before each film, a hypnotist will perform mass hypnosis from the main stage at Gothenburg’s Stora Teatern, the festival announced on Tuesday. Transforming the audience’s state of mind according to the mood and theme of the film, the hypnotist will break the hypnosis after each screening.

The Gothenburg Festival has just released a promotional trailer which calls The Hypnotic Cinema a “mind-blowing cinematic experience”. In the video, a costumed hypnotist in front of a spiral vortex asks a female audience member to “open her eyes.”

“Listen carefully”, “forget your problems”, “let go of your stress”, “do not be afraid”, “leave us inside you”, “we are your new experiences”, advise other figures mesmerizing as the camera descends what looks like a hotel hallway as a bunny masked individual lurks in the background, channeling echoes of “The Shining” and “Donnie Darko”.

The woman is finally told to wake up. She finds herself sitting in a movie theater, but whether her trance is truly over is another matter. “Do you really dare to let go of control?” asks for an ending title.

Hypnosis involves focused attention, reducing peripheral awareness. Watching movies in the cinema has a side effect, says Gothenburg Festival Artistic Director Jonas Holmberg. â€œMovie theaters and hypnosis both appeared at the end of the 19th century. If you look at the early movies – MÃ©liÃ¨s, Griffith – it’s totally hypnotic. I don’t think it’s a coincidence. There are very, very strong similarities between being hypnotized and watching a movie, especially in a movie theater. “

The organizers of the 2022 Gothenburg Film Festival are currently keeping their fingers crossed that they can organize this year’s event as an in-person event in theaters, complemented by an online program of 50 films for those in Sweden who don’t. can’t do it. in Gothenburg.
In such a context, “we want to celebrate this cinematic experience in theaters and also extend it by adding another layer of hypnosis,” said Holmberg. Variety.

But The Hypnotic Cinema also has a larger image, being part of a larger focus, titled Disorder. His titles include the winner of the 2021 Berlin Golden Bear â€œBad Luck Banging or Loony Pornâ€, â€œLand of Dreamsâ€ and â€œThe Fallsâ€, by Chung Mong-Hong from Taiwan.
â€œDuring the pandemic, society has been heavily ordered by regulations and restrictions. A lot of people have started to think about what drives us to do what we do and why, â€explained Holmberg.

The titles of The Hypnotic Cinema were chosen for different reasons. Apichatpong’s films revolve around “different modes of consciousness,” Holmberg said.

Co-written by Jean-Claude CarriÃ¨re, co-screenwriter of Luis BuÃ±uel, â€œLand of Dreamsâ€ addresses â€œthe relationship between the state and people’s consciousnessâ€, with Sheila Vand (â€œA Girl Walks Home Alone at Nightâ€) in the role of a US Census Bureau. official who collects people’s dreams.

“Speak No Evil” turns on a Danish family who visit a Dutch couple they met on vacation. The journey becomes more and more strange, even sinister. â€œHypnotic cinema is all about retaining the experience of watching the movie,â€ said Holmberg. “We wanted to see what happens when you go even deeper into the spectator mode associated with a very well done and effective horror film.”

The Gothenburg Festival runs from January 28 to February. 6. Its full program will be announced on January 11.

2022-01-04
Previous Post: Is the game over? – Deadline
Next Post: The film ‘Tara’ received this award at the Tokyo Film Awards in Japan