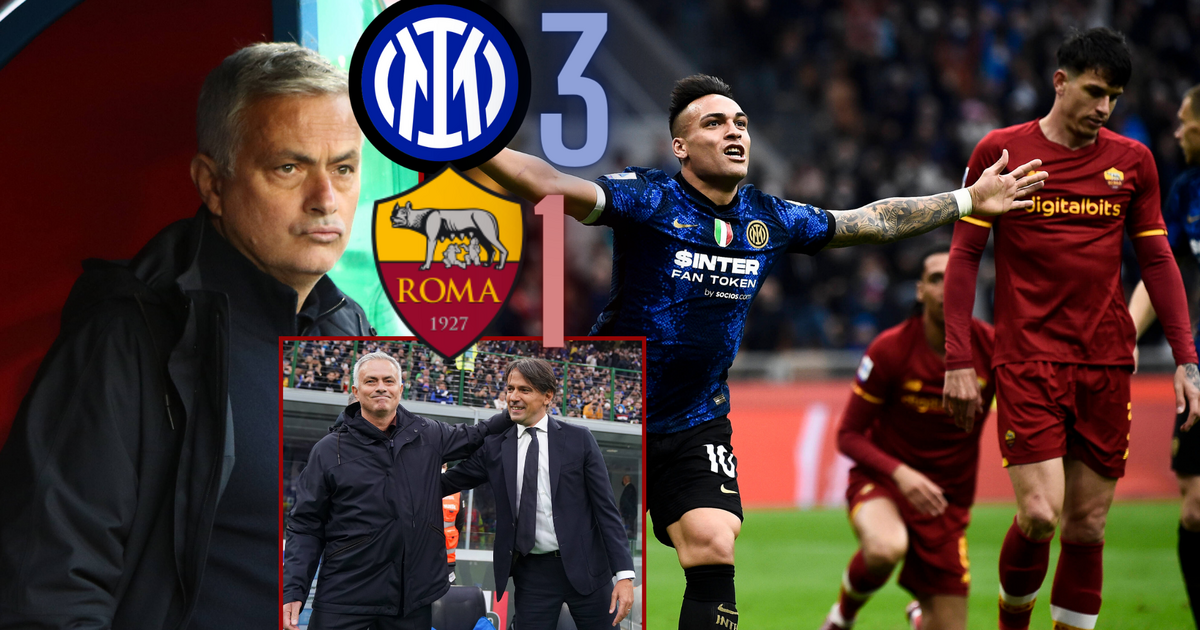 The defending champions opened the scoring in the 30th minute through Denzel Dumfries’ fine finish before midfielder Marcelo Brozovic widened Inter’s lead ten minutes later to enter the break with a comfortable lead of 2-0.

The Romans couldn’t find an answer to Inter’s attack as the home side continued to dominate in the second half.

Lautaro Martinez added a third for Inter in the 52nd minute before the away team responded later in the 85th minute through Henrik Mkhitaryan.

Mkhitaryan’s consolation goal, however, proved too little, too late for the Mourinho-led side as their 12-match unbeaten streak finally came to an end.

Inter are now back at the top of the league table, having extended their Serie A winning streak to four matches.

Although, eternal derby rivals Milan could overtake them if they beat Lazio at the Stadio Olimpico on Sunday night.

Roma’s quest to overtake Juventus in fourth place has now suffered a blow, but Jose Mourinho has admitted ‘Inter are stronger’ at the moment.

“They have the strongest players in the league. There are so many “animals”. They are really strongsaid the former Inter manager in his post-match interview, via TUTTOmercatoWEB.

The Roma coach also reiterated his love for the Nerazzuri – with whom he previously won Serie A and the Champions League in 2010, and revealed he encouraged them to successfully defend their Scudetto title.

“I love Inter and they love me. I can say that I would like the Nerazzurri to win the championship.“, the 59-year-old Portuguese told reporters.