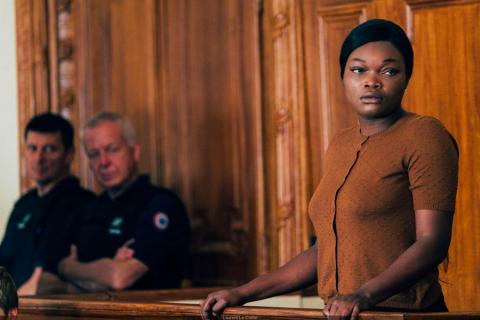 The prestigious Venice Film Festival has just unveiled the program for its 79e editing. This year, the Golden Lion of Honor will be awarded to the emblematic French actress Catherine Deneuve for her entire career. From August 31st to September 10e, big names in cinema such as Penelope Cruz, Adam Driver or Chloe Sevigny, will meet at the Lido of Venice for what promises to be an intense edition. The international jury, chaired by American actress Julianne Moore, will have the heavy task of designating the winner. Last year’s winner was director Audrey Diwan with her film The event (2021), based on the book of the same name by Annie Ernaux, about a young woman having a clandestine abortion in France in the 1960s.

This 79e edition features some of the most anticipated films of the year. The festival opens with the latest feature film by Noah Baumbach White noise, based on the 1985 novel of the same name by Don DeLillo. This satirical, absurd, horrifying and moving portrait of an American family forced to relocate as a toxic cloud threatens their town, features American actor Adam Driver , as well as actress and director Greta Gerwig, who happens to be Baumbach’s life partner. French director Alice Diop, who has already won a César with her short film Towards tenderness (2016), will represent France with his first feature film Saint Omer. The plot follows the trial of Laurence Coly at the Saint-Omer criminal court, under the watchful eye of a young novelist named Rama. The great American director Darren Aronofsky enters the competition with his new film The whale, which tells the story of a friendship between a young teenager and a morbidly obese man living as a hermit in his hometown of Idaho. The highly anticipated adaptation of Joyce Carol Oates’ novel Blond on the life of Marilyn Monroe, directed by Australian and New Zealander Andrew Dominik, will compete alongside the immensity, a variation on falling in love and falling in love in Rome in the 1970s, by Italian director Emanuele Crialese with Spanish actress Penelope Cruz. Luca Guadagnino, the Italian director behind Suspiria (2018) and call me by your name (2017), brings together Timothée Chalamet and Chloë Sevigny on bones and all, a cannibalistic, romantic horror odyssey about a young woman’s quest to find her father. American director and actress Olivia Wilde will present her next film don’t worry darlingwhich tells the story of a couple, played by Harry Styles and Florence Pugh, entering an ideal community with deceptive appearances in the 1950s. One of the pleasant surprises among the out-of-competition features is Pearl, The latest film from American horror filmmaker Ti West, co-written with British model and actress Mia Goth. Co-produced by A24 who also produced the series Euphoriathis slasher tells the story of a young girl (Mia Goth) ready to do anything for fame.

bones and all -Luca Guadagnino

beyond the wall -Vahid Jalilvand

The Banshees of Inisherin – Martin McDonagh

All the beauty and bloodshed -Laura Poitras

Out of Competition — Fiction

When the waves have passed -Lav Diaz

dead for a dollar -Walter Hill

Out of Competition — Non-fiction

Music for the Black Pigeons – Jorgen Leth and Andreas Koefoed

Out of Competition – Short Films

A war over – Simone Massy

In quanto a noi – Somine Massi

Look at me -Sally Potter

Out of Competition — TV Series

On the fringe -Juan Diego Botto

Valeria is getting married -Michael Vinik

Venice Immersive VR – Out of Competition