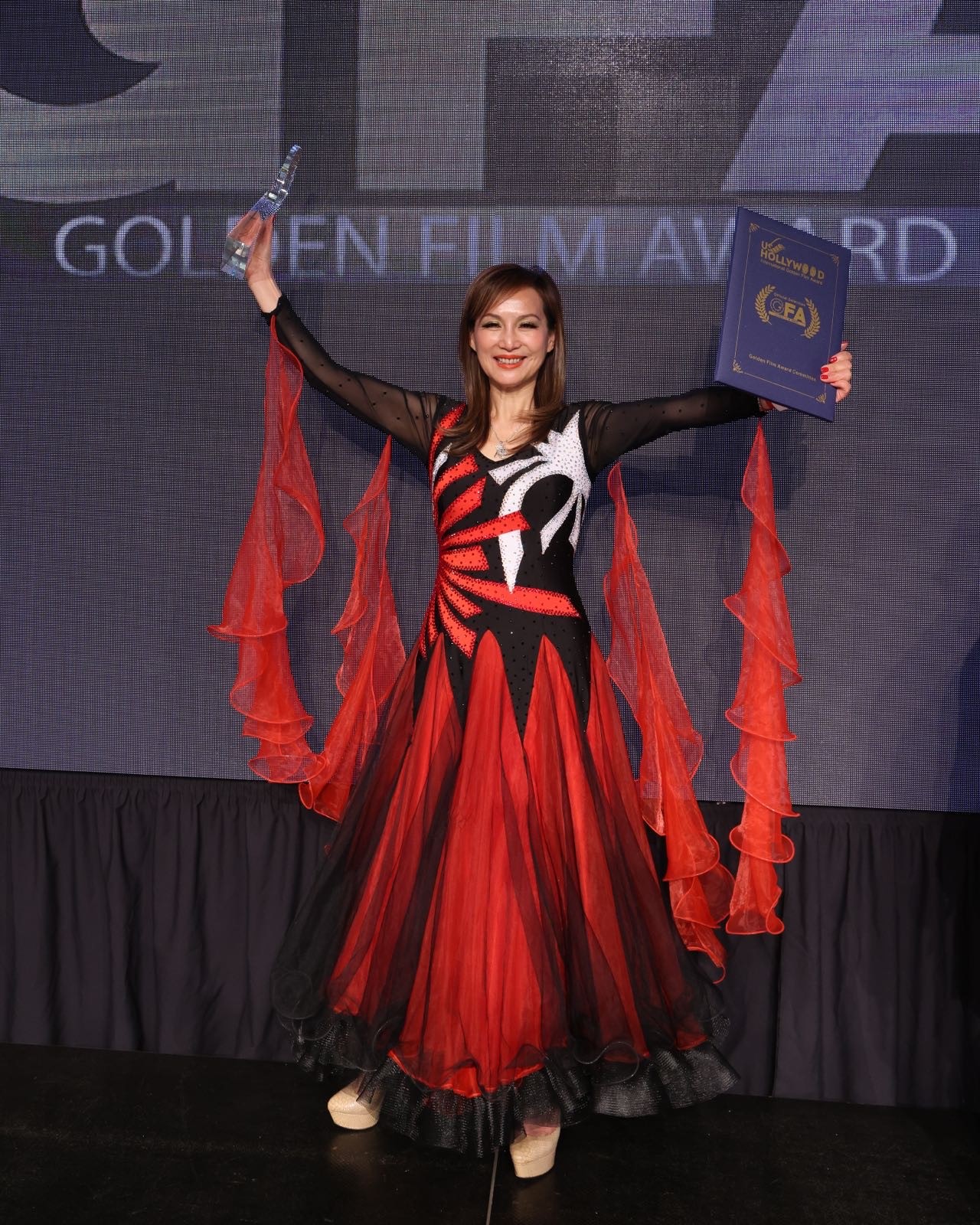 Now in its seventh year, the GFA Film Festival, founded by Michael Tse, recognizes and honors those who use their creative talents to celebrate the range and diversity of filmmakers in an interconnected world by encouraging filmmakers to ‘Twist the System’. By rewarding unique and unorthodox approaches to filmmaking, GFA emphasizes emerging technologies such as mobile devices and digital media in film production and distribution.

Lily Lisa’s documentary, “As Always Stay By Me,” on her work with the homeless population, was a previous winner of the festival’s best documentary. This year, Lily Lisa’s participation in the festival earned her additional recognition. As Goodwill, Ambassador Lily Lisa is the one who helps promote and develop the festival.

Originally from Hong Kong, the filmmaker travels the world bringing her message of love and hope to thousands of people, but recognition of the Golden Film Award has humbled her. Also known for her philanthropic work, Lily Lisa works from the bottom of her heart to help those less fortunate. It is the desire of her life that she makes to give and help people her mission and her priority.

Lily Lisa says: “Beauty is not just on the outside but has to come from inside the heart.” This statement speaks volumes about his straightforward and honest nature and intelligence; that she works smart and accomplishes a lot using her elegance to connect with those who have the resources to work together and create amazing results.

Lily Lisa has acquired a respectful position among Hollywood celebrities promoting Asian contributions to cinema. She thinks it’s a win-win for the cooperation of the Asian-American partnerships.