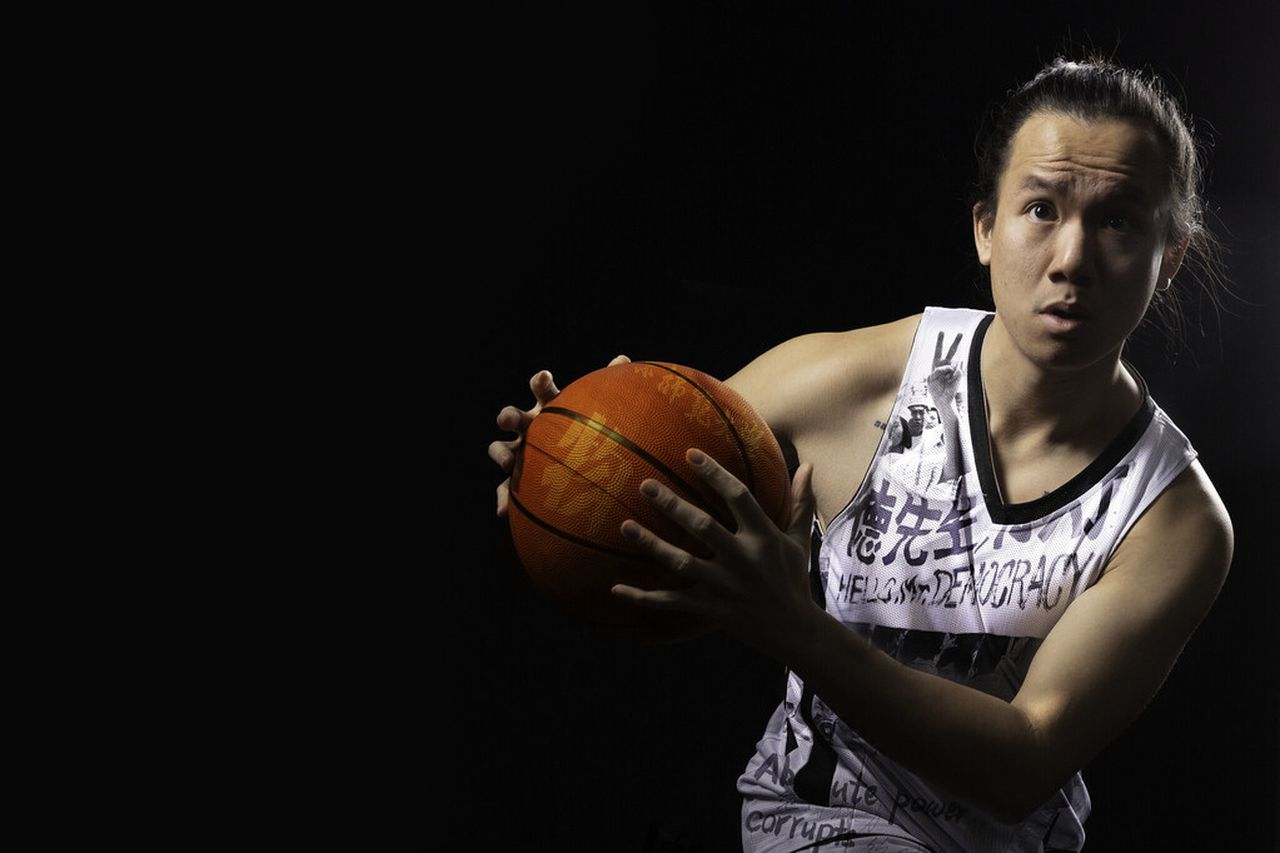 If you’re venturing outside for a play or a musical (vaxxed, boosted, and in your warmest winter mask), you’re in for a world of globetrotting options this season. A kill on a transcontinental luxury locomotive. Hoops on a b-ball court in Beijing. Go Romanov to Paris to find a mysterious missing royal. Or hunker down in a double-wide trailer in Bakersfield, Calif., to answer the age-old question, “Who is Jackson Pollock, #$&%?” (And remember that many sites require proof of vaccination or a negative COVID test. Check their websites for details.)

Belgian actor Hercule Poirot (actor Mark Schwahn) weaves his way through Agatha Christie’s steamy thriller, sniffing out suspects in a witty, high-speed new stage adaptation by playwright Ken Ludwig. In fact, Ludwig was asked by the Christie estate to write this piece after the resounding success of Kenneth Branagh’s 2017 film. (And keep in mind: Branagh’s version of “Death on the Nile” will hit theaters movie next month.)

Remember the office drama? Playwright Branden Jacobs-Jenkins takes us back to a few pre-pandemic years in a Manhattan bullpen of desk jockeys navigating office antics and extremely difficult co-workers. There is as much shock as satire in this 2016 Pulitzer Prize finalist.

The best way to create a voluminous and feathery part in your hair? According to wikiHow, blow-dry separate sections using a round brush to pull, curl, and smooth these braids away from your face and into two gorgeous thick feathery wings.

Now press down on Aqua Net Extra Super Hold and hairspray those locks until you see your reflection in every lock of hair.

Why the pro-styling advice? Because “Hedwig” is returning to Ellyn Bye Studio at Portland Center Stage. The ’70s-inspired genderqueer rock musical is a great excuse to dust off the hair dryer, turn on the crimping iron, bust out those metallic eye shadows and lace up your leather thigh boots.

Grab courtside seats for this can’t-miss slam-dunk from Lauren Yee (she wrote ‘Cambodian Rock Band,’ a Portland Center Stage hit slated for 2020 but shelved due to the pandemic ). Manford Lum high school basketball player earns a spot on a San Francisco varsity team – just before the team flew to Beijing amid the 1989 Tiananmen Square protests.

Chinese-American playwright Yee draws inspiration from her father’s basketball career for her groundbreaking game of family history, geopolitics and college hoops, which debuts at PCS just before the 2022 Winter Olympics in Beijing.

19 Jan-Feb 13 US Bank Main Stage at the Armory, 128 NW 11th Ave., pcs.org. A streaming video of the production will be available for home viewing from February 7-13.

Portland Playhouse hit a home run by teaming up with the Penumbra Theater in St. Paul, Minnesota to produce “Fences” in 2018. “Fences” director Lou Bellamy and star Lester Purry return for the autobiographical monologue captivating by George Stevens Jr. of the lion of American civil rights laws, Thurgood Marshall. The one-man play follows the history-changing litigation from Marshall — he won 29 of the 32 cases he took to the Supreme Court — to his rise as our first black Supreme Court justice. .

If ever a performing arts festival needed a theme, it would be Fertile Ground. The annual winter assemblage of “acts of creation” is usually as varied as it is loosely tied to a unifying idea. This year may be different.

“I see many thematic threads centered around existential exploration,” says festival director Nicole Lane. “From saving the planet to depictions of God and Satan, death, immigration, grief, and ‘groupthink’ experiments.” For Fertile Ground 2022, the artists “are asking themselves and the audience a lot of deep questions — certainly feedback from the past two years,” Lane says.

You can watch the shows online and several projects can be accessed virtually and live.

When an art teacher told Teri Horton that her find at the flea market may have been an original painting by America’s greatest Abstract Expressionist, Horton said, “Who is the #$&% Jackson Pollock?” A 2006 documentary film, titled with this statement, followed his long, winding and frustrating crusade to establish the authenticity of the painting. (And its value. Horton reportedly wanted $50 million for his initial $5 purchase.)

Daisy Buchanan steps into the green-tinted spotlight for the aptly named Experience Theater Project’s new experiential project in Beaverton. In this immersive and inventive version, Daisy’s point of view replaces that of Nick Carraway. Jordan Baker is no longer a cheating golfer but a lounge singer. And Gatsby himself is under investigation by the New York State Attorney General for tax evasion and overvaluation of his East Hampton property. (Actually, the third twist is just a timely suggestion.)

“I researched Fitzgerald and his background while creating the novel, and found a dangerous but plausible theory that might blow the audience away,” Stewart says. “Daisy is not the superficial woman she was made out to be. In fact, she may be more complicit than you think.

An audience of 30 people will move through the Masonic Lodge in Beaverton as the fourth production of tearing down walls progresses. And it wouldn’t be a Jazz Age show without booze! Bootleg beer and tub gin punch, the company’s website notes, “will be on hand to enhance your 1922 experience.”

Whenever the Broadway Rose Theater Company debuts “Always…Patsy Cline,” a two-part musical in the country music legend’s songbook, the show packs their new stage tighter than skinny Wranglers tucked into Frye boots. The twang continues in a new musical jukebox featuring the honky-tonk hits of a mix of country divas: Dolly, Reba, Trisha, Loretta and The Chicks, for starters. After much heartache and many beers, pals Katie and Lana Mae decide to turn their small Tennessee laundromat into a swinging, singing saloon celebrating music and sisterhood.

Three years ago, Vertigo Theater premiered “The Delays,” by Portland playwright Sara Jean Accuardi, a time-traveling tale set in an airport newsstand. The result? Rave reviews. A Drammy award. A finalist spot in the drama category at the Oregon Book Awards. Accuardi’s latest collaboration with the Southeast Theater Company is a tense hour-long audio drama personalizing the COVID pandemic. It may turn out to be just as praiseworthy.

“Not another one Disney princess,” you say. You are right! Anastasia, the protagonist struggling with memory issues, is actually a Grand Duchess – in a musical based on two 20th Century Fox films. (Which Disney owns now.) Drawing inspiration from the 1956 film starring Ingrid Bergman and the 1997 animated feature, this far-reaching historical romance charts the aristocratic amnesiac’s mission to prove his royal lineage. Order your tickets early. This is the first time the show has been held in Portland, so people will be Russians to sit down.

—Lee Williams, for The Oregonian/OregonLive