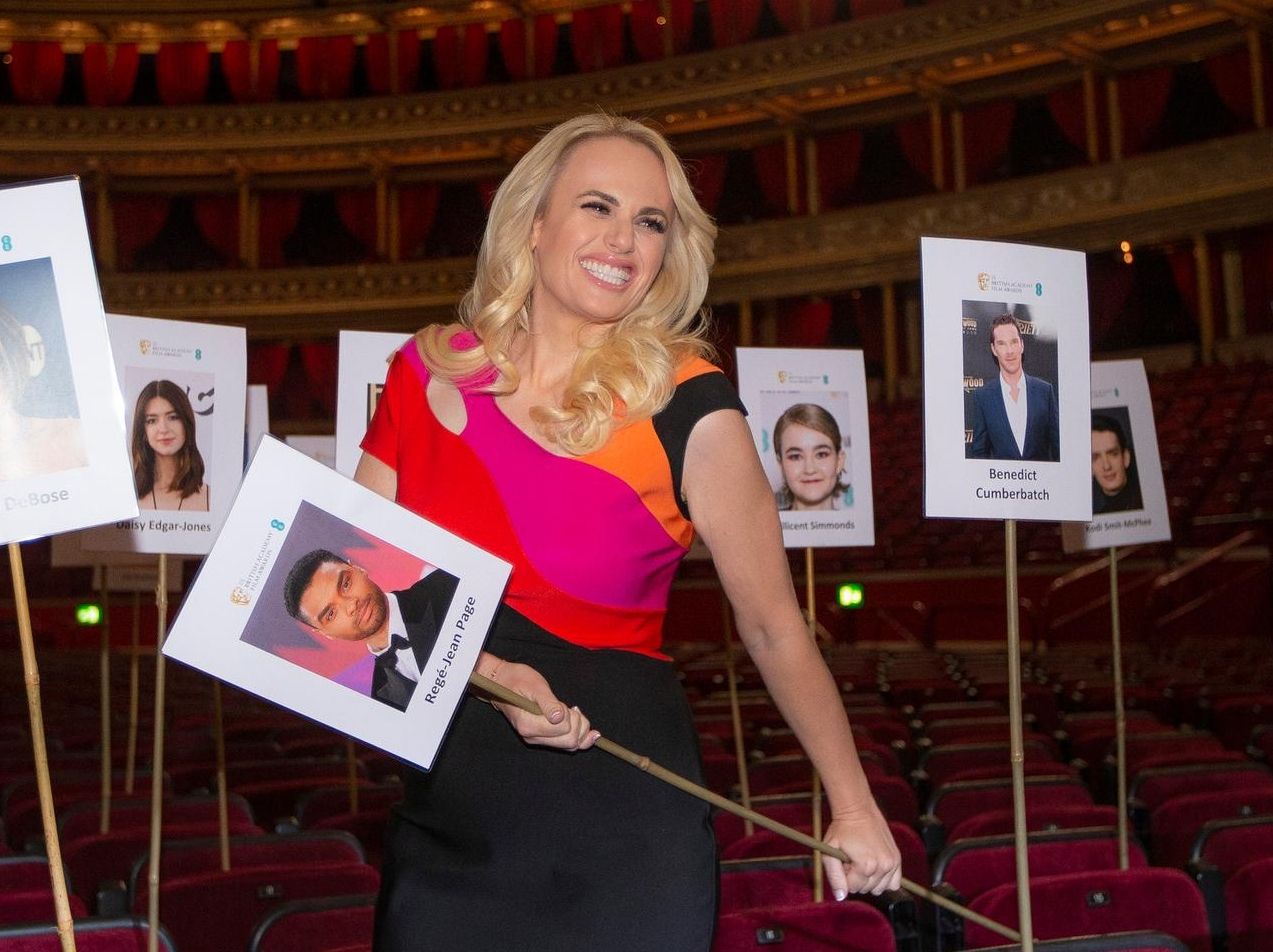 In 2020, Rebel Wilson flew in from Australia to present the Best Director trophy at the BAFTA Film Awards. Her humorous speech, which referenced a lack of female nominees in the category and lamented that her box office flop “Cats” was entirely ignored, was one of the funniest moments of the night.

Now Wilson is returning to the BAFTAs where she was invited to host the ceremony on Sunday at the Royal Albert Hall in London.

“I’m very excited, very excited for Sunday for the BAFTAs, but really quite nervous because it’s a live event and it feels like it’s a unique situation,” she said. “Even though I thought of jokes and stuff, I never actually said them out loud to anyone. … So we’ll say, fingers crossed.”

And those jokes are sure to come at the star-studded audience’s expense, albeit in a loving way.

“It’s tradition to make a few jokes about people. And they’re successful people, that’s why they’re there and have been invited to the BAFTAs,” she explains. “At the end of the day, like I love them, and I love the movies they’ve made. But yeah, as a host, you have to crack a few jokes too.”

Wilson avoids the popular practice of having multiple costume changes because she wants to focus on what happens during the ceremony. There will be a special look on the red carpet before she wears a Miu Miu dress for her stage appearances.

‘Dune’ leads the BAFTA nominations with 11, ‘Power of the Dog’ has eight and ‘Belfast’ is in the running for six.

Shirley Bassey will open the show with a James Bond theme as part of 007’s 60th anniversary celebration. Emilia Jones will sing a version of Joni Mitchell’s “Both Sides Now” alongside signed performers – a nod to ” CODA,” a nominated film and one of Wilson’s favorites this awards season.

As for whether her turn in “Cats” will be referenced again, Wilson jokes that she remains hopeful for follow-up films. “Everyone will want to be in the ‘Cats’ sequel, that’s it. Maybe I should use the BAFTAs as just a casting call for ‘Cats 2’.”