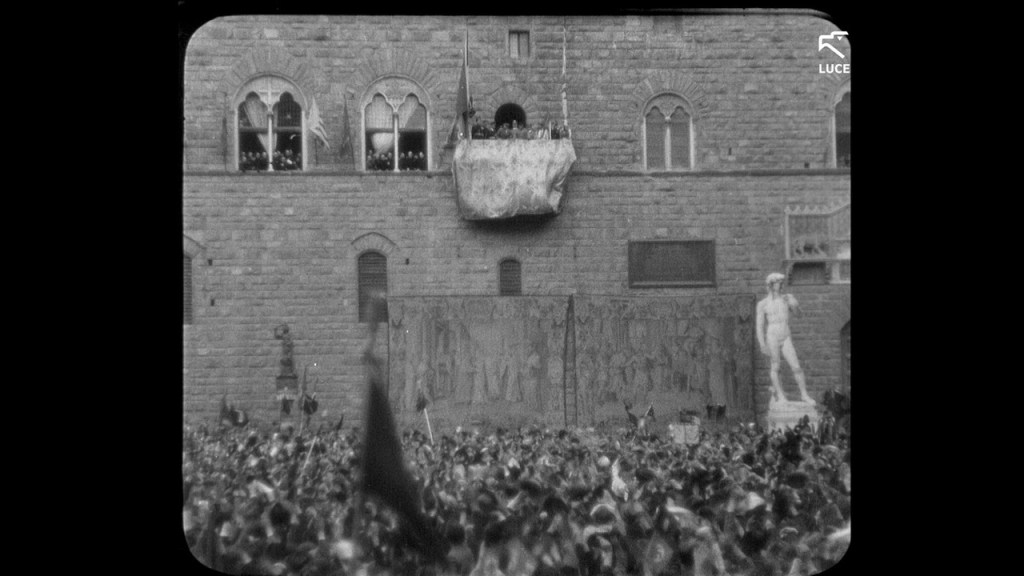 Review of “The March on Rome” – Venice Film Festival – Deadline

Just at the start of The March on Rome, a special screening in the Venice Days section of the Venice Film Festival, Mark Cousins ​​draws our collective gaze to a graffiti saying that cinema is the most powerful weapon of all. It’s not clear – to me, anyway – whether this joyous proclamation dates back to 1922, when Benito Mussolini led a fascist march from Naples to Rome, or some other eruption of historic optimism. Cinema isn’t all that powerful – if it was, fascism would have been smashed to a pulp by Chaplin, Lubitsch and all the other filmmakers who ridiculed its conceited rulers. But pictures matter. They certainly counted for Italian fascism.

Mussolini was determined to take control of Italy “with love if possible, by force if necessary”, a neat phrase often repeated in Cousins’ cinematic essay. He marched on Rome like an invader. Meanwhile, he made sure to film the whole thing, courtesy of director Umberto Paradisi. Paradisi’s movie A Noi comes out the following year. Twisting documentary footage of the march with big studio set-ups, fake crowd scenes and other propagandist tricks, Paradisi made the Duce a movie hero.

Cousins ​​makes documentaries so distinctive that they are a kind of genre. They’re made of archival material stitched together with the director’s observations — a familiar essay format — but their hallmark feature is Cousins’ voice. Dreamy and discursive, it falls with the quiet insistence of gentle rain from the sky, drenching everything we see in its quirky daydreams. A few days after seeing a Cousins ​​movie, you might find yourself talking in a comedic pastiche of his Northern Irish brogue. You may also realize that you are rolling your eyes.

Cousins’ favorite medium is also his constant subject: cinema. His 15-hour documentary rewarded by Peabody The story of the film: an odyssey (2011) is his much-admired magnum opus. Other recent works, however – particularly those leaning more towards personal memoirs – have been pilloried by critics as self-indulgent vanity projects. The director’s responses to what he sees are intrinsic to his style, but so much of the interior monologue quickly wears thin when he focuses on less substantial subject matter.

The March on Rome concerns the growth of European fascism. Obviously, it has a lot of substance. He is also admirably disciplined. Co-written with Italian director Tony Saccucci, it begins with a careful dissection of A Noiand his manipulation of facts. In addition to multiplying the crowds with camera tricks, Paradisi eliminated walking days when it was raining. “It had to be gold, Virgilien,” says Cousins, whose sometimes flowery turn works very well as a counterpoint to fascist excess. A Noi also hides the fact that for much of the march Mussolini was not even there: he was in the back rooms, doing less than heroic business with kings and prime ministers.

The following chapters deal with these behind-the-scenes deals, the explicitly male fascist identity, and the feminization of the leader. Mussolini, Cousins ​​asserts, saw himself as an artist leading his revolution. Italy also had an empire in Africa and annexed territories in the Balkans; there is a subtle depiction of how the pushing spirit of fascism propelled colonial regimes, “a contagion of crime” in which hundreds of thousands were killed. Meanwhile, Mussolini’s dictatorship has gathered fans – no less a figure Churchill has described as “the greatest living legislator” – and imitators. “The story was a lie,” Cousins ​​says, “but it made it into the repertoire.”

This is Cousins ​​at its best, giving us a streak of history, nailing it in place with an aphorism, and moving on.

Less successful are the intermittent speeches directly in front of the camera by Alba Rohrwacher, playing the role of a woman initially persuaded by Mussolini’s promise of calm and increasingly dismayed by the way that calm is achieved. This gesture towards a common touch feels painfully staged, not to say superfluous. Cousins ​​himself is both author and witness to his material. He may not be in front of the camera, but he speaks directly to us. That voice: He sounds like the Northern Irish version of a Hollywood hypnotist. You can’t help but imagine him backstage, swinging a watch from side to side as he plots to persuade us that cinema truly is the most powerful force in the universe.

2022-08-31
Previous Post: The Venice Film Festival gets off to a good start
Next Post: 🌱 Tony La Russa of the White Sox + Goats on a boat + Arrival of asylum seekers