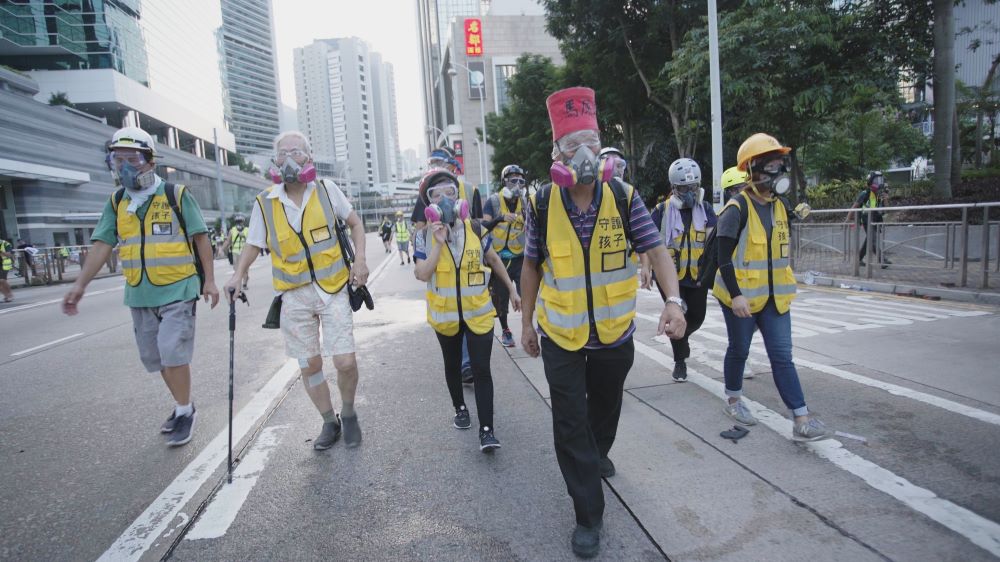 “Revolution of Our Times”, “The Falls” win the Golden Horse Film Awards

â€œThe Falls,â€ Taiwan’s Oscar nominee and timely drama about the trauma of midlife at home, became the unsurprising winner of the Golden Horse Film Awards in Taipei on Saturday.

And, in a bold move that has the potential to enrage authorities in mainland China, the award for Best Feature Documentary went to “Revolution of Our Times.” The film chronicles the brutality of political repression on the streets of Hong Kong in 2019 and 2020.

“The Falls,” which debuted at the Venice Film Festival in September, tells the story of a mother and daughter locked in an apartment for 40 years. It is directed by Chung Mong-hong, who previously directed “Parking” and “A Sun”.

The Golden Horse Film Awards are now in their 58th year and have been regarded for many years as the most prestigious event in Chinese language cinema, covering all dialects and backgrounds. In the past three editions, however, it has been boycotted by mainland Chinese films and filmmakers on the orders of the film industry authorities, and by many Hong Kongers.

The boycott followed a speech in favor of Taiwan’s independence given by a 2018 documentary award winner. It enraged officials in mainland China so much that mainland attendees at the ceremony received a SMS ordering them not to attend the parties after the awards ceremony and to return home with maximum haste. . Taiwan has been autonomous since 1949, is democratically governed, and is called the Republic of China. Mainland China, properly called the People’s Republic of China, regards Taiwan as a rebellious province with which it will ultimately be united, by force if necessary.

â€œRevolution of Our Timesâ€ takes its title from a popular slogan promoting Hong Kong’s independence from China. The film, which was first presented as a surprise and a late addition to the Cannes Film Festival in July, charts the course of the protests and the police response as they both turn violent. It ends with Beijing imposing a national security law on Hong Kong.

It was directed by Kiwi Chow, who was previously one of the co-directors of “Ten Years”. Chow has boldly decided to stay in Hong Kong since the release of “Revolution”, but, in order to give himself some legal leeway in the event of an arrest, has sold off all rights and materials related to the film.

Another Hong Kong film “Drifting” topped the nominations before the event. But he came away with one price.

“In their teenagers” dir. Lin Yu-en.

Chang Chen in “The Soul”.

Alyssa Chia in “The Falls”.

Lee Kuan-ting in “Trick or Treat”.

ArChin Yen for “Till We Meet Again”.

Huang Mei-Chin, Liang Shuo-lin and Liao Hui-li for “The Soul”.

Singing Lin, Hsiao Pai-chen and Liu Hsien-chia for “Till We Meet Again”.

Lu Luming for “The Falls”.

“I Missed You” (composed, written, performed by Eve Ai)

Shieh Meng-ju for “The Soul”.

RT Kao and Chu Shih-yi for “Till We Meet Again”.

Best Taiwanese Filmmaker of the Year

2021-11-28
Previous Post: Astroworld Festival tragedy: what we know about the 10 victims
Next Post: Rockford, Ill. Man finally gets his chance to be in danger