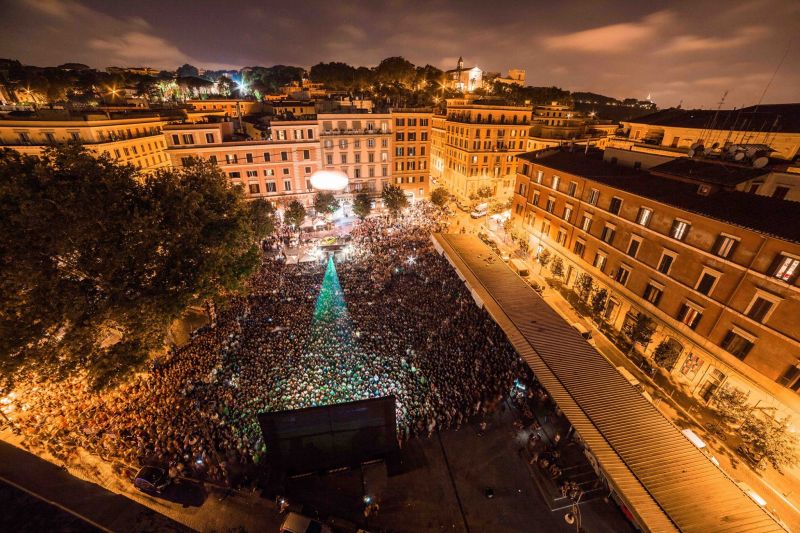 The Il Cinema in Piazza festival returns to Rome in 2022 with free films, big names and three locations.

Movie buffs in Rome can look forward to watching movies on the big screen under the stars again this summer with the return of Il Cinema in Piazza.

The free event runs from June 3 through July 31 at three different locations. Screenings take place at 9:15 p.m., every evening except Monday and Tuesday, without reservation.

The majority of films are screened in their original language with Italian subtitles.

In addition to its base at Piazza S. Cosimato in Trastevere, the eighth edition of the festival will go to Cerveletta House in the eastern suburbs of Rome and Monte Ciocci Park in the Aurelia Valley.

Tributes will also be paid to Libero De Rienzo (on the first anniversary of his death), Pier Paolo Pasolini, Massimo Troisi, Mel Brooks and Alfred Hitchcock.

The festival is organized by Piccolo Cinema Americaan association of young voluntary cinephiles from Trastevere, led by the president Valerio Carocci.

Festival organizers are used to overcoming obstacles, from political opposition to right-wing aggression, and they recently opened the completely renovated, state-of-the-art Troisi cinema.

Over the past eight years, the festival has consistently outdone itself in attracting some of the biggest names in Italian and international cinema as guests, in addition to screening a diverse range of films.

The complete program is available on the Cinema in the Piazza website.