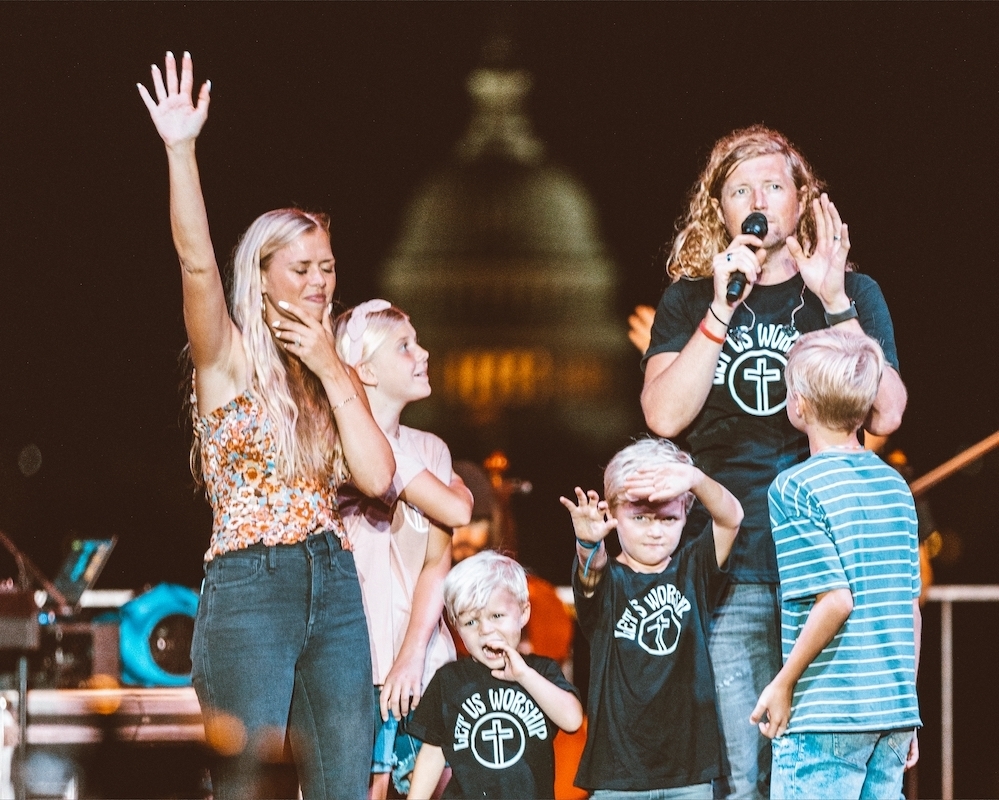 Evangelist Sean Feucht challenged the church to tackle four key issues he says are key to fighting an increasingly secularized culture and lamented the lack of courage shown by many leaders church in the face of social pressure.

In an interview with The Christian Post, the 38-year-old worship leader reflected on some of the issues he thinks pastors and church leaders need to boldly address, starting with the overthrow of Roe v. Wade.

“I think the church’s response to the decision to cancel Roe vs. Wadeit was a horrible response,” Feucht said. “I think people should have celebrated and thanked God that this 50 year prayer that we asked for, the undoing of this death decree, there should have been a lot more praise and much more thanks and much more evidence of God’s faithfulness.”

“We allow our children to be sexualized by the culture. We don’t clearly define what is a man and what is a woman and the beauty of God’s divine purpose.”

The former Bethel worship leader revealed that his recently released song, “Imago Dei,” was born out of a desire to show God’s heart for both the unborn child and his divine purpose for humanity. . The chorus includes the lines, “Imago Dei, I’m terribly and wonderfully made / Imago Dei, there’s glory in all you create.”

The Church must also reach out to the family, Feucht said, adding: “The root of all our problems in society, whether it’s crime or corruption or even back to identity issues, a lot of it comes down to the absence of a father, and we don’t address the fact that the root cause of the breakdown of society is the family.”

“Healthy families build healthy communities, which build healthy nations,” he said. “God has a divine prescription for all of this.”

Finally, the Church must deal with repentance, Feucht said.

“We’re not really talking about repentance,” he stressed. “We’re doing altar calls all over America and speaking out against sin. We’re seeing people freed from shame and addiction, and America is currently addicted to opioids. Americans are addicted to drugs , fentanyl, prescription drugs, and we have to start calling these people. People want to break free. We have to remind them how they can do it.

Feucht is no stranger to ruffled feathers. About two years ago, when California cracked down on religious gatherings in response to the COVID-19 pandemic, he held his “Let Us Worship” concerts in nearly 200 cities across the United States so people could worship. together.

His decision to hold evangelistic events in defiance of public health orders during the pandemic has grabbed headlines and elicited a wide range of responses, from praise to contempt, as seen in the upcoming movie “Superspreader,” which will be released on September 29. And now he’s on a mission to bring boldness back to the Church, a topic he addresses in his latest book, Bold: Move forward in faith, not in fear.

He argued that many church leaders fail to address complex issues due to a “secularization of the Church” and secular humanism that has crept into the Body of Christ.

“We have become friends of aspiring researchers; we don’t want to ruffle the feathers. We have become helpless. Our meetings and gatherings are more like Christian clubs and less like the ecclesia, which is the governing body of government,” Feucht said.

“We have to go back to the foundations of the Church. ‘On this rock, on this Ecclesia, I will build my Church’, not on this cool Christian club that appeals to culture. We allow the Church to define itself by culture instead of the culture defining the Church. We have truly embraced a powerless gospel, and we are seeing the effects of that right now across America. We need to get back to who the Church is and what it is called to be.”

The Bible, Feucht added, has an “answer for every controversial question,” from religious freedom to abortion. He challenged pastors and church leaders to address such topics from the pulpit, even if it means offending some listeners.

“The Bible clearly shows us where to stand,” he said. “And if ever we need truth tellers, the Bible and people to speak the truth of the word of God, it is now. We need to get to the heart of cultural issues because at no point in scripture do we see the disciples or Jesus saying, “Well, actually, I don’t want to talk about it because it’s political. No, actually, because it’s political, we should talk about it more, we should bring a clear dividing line. “

Leah M. Klett is a reporter for The Christian Post. She can be contacted at: [email protected]