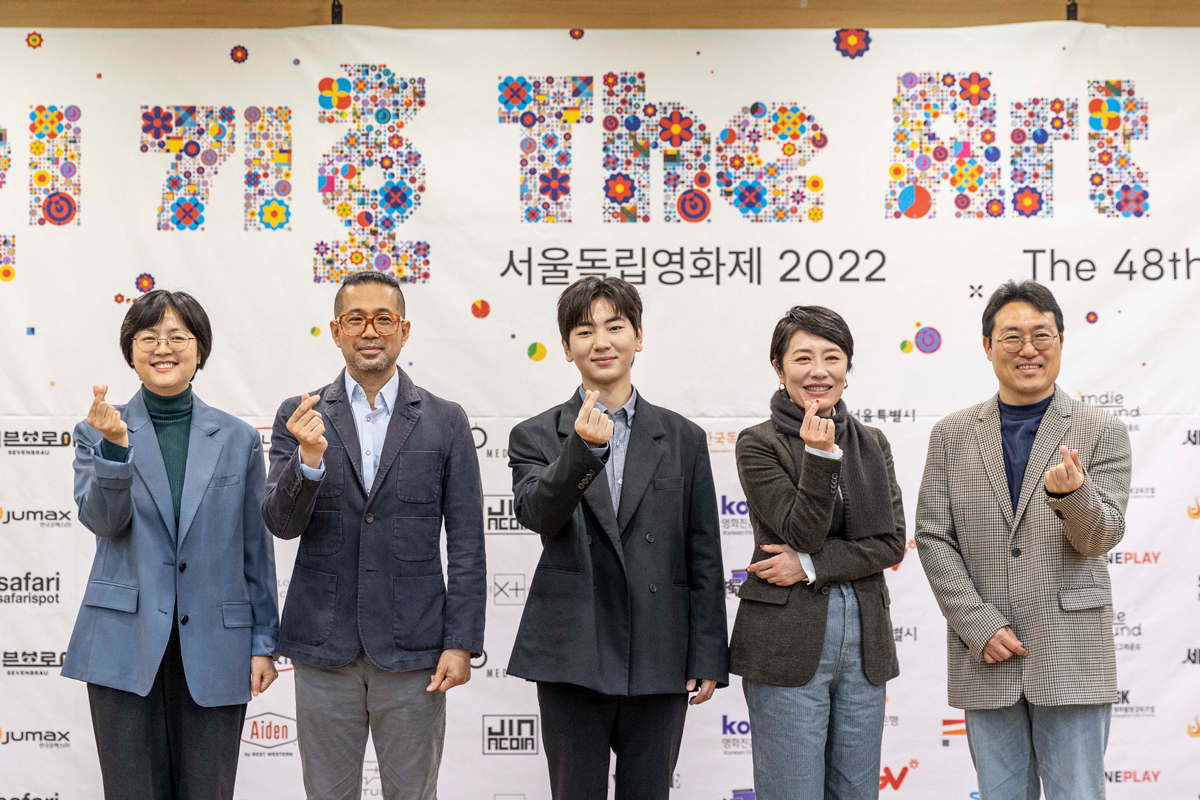 The Seoul Independent Film Festival will be held from Dec. 1 to 9 at CGV Art House Apgujeong in Seoul, its organizer announced on Wednesday.

“This year is our 48th festival. The Seoul Independent Film Festival has a habit of offering the public the opportunity to meet young directors, actors and various creators. I hope (the audience) is delighted with it,” festival director Kim Dong-hyun said at the start of a press conference at the Chungmu Art Center in central Seoul on Wednesday.

Kim went on to explain that a total of 1,574 films were submitted for this year’s festival, and 127 films were carefully selected to screen this year.

“We say this every year, but this marked the most films submitted,” Kim said. “We see this proving just how much the passion for film continues, despite three years of the COVID-19 pandemic.”

A total of 94 million won ($68,000) will be given away in prizes this year, up from 84 million won last year, according to the organizer.

Kim also introduced this year’s tagline: “The Art of Love.”

“So far, our festival has preferred declarative slogans,” Kim said. “During our panel discussion, one of the organizers said that what we need now is ‘the art of loving’. We unanimously agreed that this is the time when we need a beautiful slogan like this to comfort us.

Opening this year’s festival is “Again the Wind Blows”, co-directed by Kim Tae-il and Ju Ro-mi.

The film is part of the series of the two directors “The world history of the people”. The film not only summarizes their previous series, including “No Name Stars” (2010), “Wellang Trei” (2012) and “All Live, Olive” (2016), but it also tells their own story — from a production team made up of family members.

There is also a section to showcase foreign independent films during the film festival.

This year, eight films by Taiwanese directors including “Pinoy Sunday” directed by Ho Wi-ding will be screened to the public, according to the organizer.

The “Local Cinema” section, which aims to shed light on films created in various Korean cities, was also created this year.

The festival’s iconic “Actors Project” competition, launched in 2018, will also continue. Actors are rated based on a 60-second live monologue, with one grand prize winner receiving a plaque and 2 million won. There are two second and third place winners who receive 1 million won and 500,000 won respectively. Two Director’s Choice awards worth 1 million won each are also given out.

Established in 1975 as the Korean Youth Film Festival, the annual film festival changed its name to the current SIFF in 2002.

2022-11-10
Previous Post: Where to find Liverpool vs Derby on US TV
Next Post: “Golden Rooster” Chinese Film Awards Launched in Xiamen