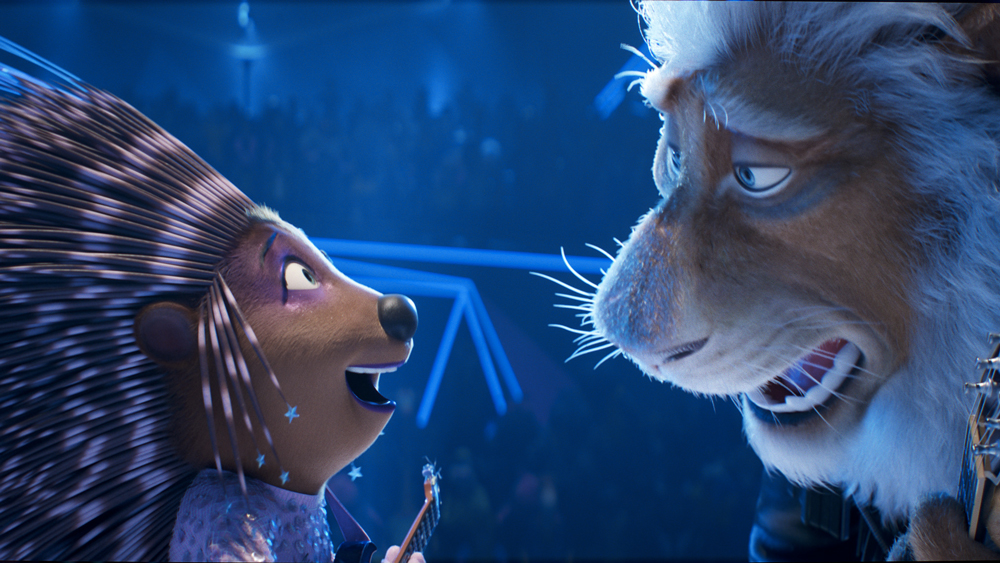 The international premiere of the animated musical “Sing 2” will open the upcoming Turin Film Festival, the premier event in Italy for young directors and independent products, which will honor Monica Bellucci with an award of excellence for the entire career.

Director Garth Jennings will be present in Turin for the foreign festival bow of his sequel to 2016’s “Sing,” which follows a koala named Buster Moon, voiced by Matthew McConaughey, as he and his group of animals prepare for their biggest concert yet in Redshore City, and must win over a lone rockstar (Bono) to join them.

Bellucci, in addition to being celebrated and organizing a masterclass, will also be present at the festival to launch her latest film “The Girl in the Fountain”, directed by the Italian Antongiulio Panizzi, in which she plays the iconic Anita Ekberg , a role of which she died with blond hair.

Charlotte Gainsbourg will also travel to Turin to launch her directorial debut “Jane by Charlotte”, a portrait of her iconic mother Jane Birkin, and also to promote “Suzanna Andler” by French director Benoit Jacquot, an adaptation of the play by Marguerite Duras. about a woman of the 1960s married to a rich and unfaithful man in which Gainsbourg plays the title role.

Torino’s 12-title competition is made up mostly of early works, many of which surfaced on the circuit earlier this year. They include the drama of urban loneliness by South Korean writer-director Hong Sung-eun “Aloners”; French actress Sandrine Kiberlain’s debut feature â€œA Radiant Girlâ€; the absurd photo of Egyptian women’s empowerment “Feathers” by Omar El Zohairy; the black comedy â€œEl Planetaâ€ by Spanish-Argentinian artist Amalia Ulman; the mainland Chinese drama â€œThe Day Is Overâ€, about bullying at school, directed by Qi Rui; and “Il Muto di Gallura”, a drama about a real 19th century Sardinian bandit, involving fierce family feuds and also romance, directed by debutant Matteo Fresi and shot in the Sardinian dialect, which makes its world premiere.

The festival, which is getting a makeover after it went live last year, will be the first Italian film event held in theaters with 100% capacity, since Italy recently allowed cinemas to operate without any restrictions beyond proof of COVID-19 vaccination at the door.

In his introductory remarks, Turin Artistic Director Stefano Francia di Celle underlined the “main commitment of the event to protecting and promoting the works of emerging authors often made by independent producers with many young professionals involved” .

Di Celle also noted the festival’s attention to experimental works such as visual artists and Lebanese director duo Joana Hadjithomas and Khalil Joreige, known for â€œThe Lebanese Rocket Societyâ€ and more recently â€œMemory Boxâ€, which is made from newspapers and audio recordings they made growing up in Beirut in the 1980s. The daring duo is celebrated with a retro vibe.

November 26-Dec. 4 fest, which also has dense sections dedicated to docs and short films, will serve as the Italian launch pad for Clint Eastwood’s “Cry Macho”, soon to be released in Italy, and will close with the local premiere of Quirky Celine Dion biopic “Aline” by French actress and director ValÃ©rie Lemercier who plays Aline Dieu, a fictional character who is believed to be Dion.