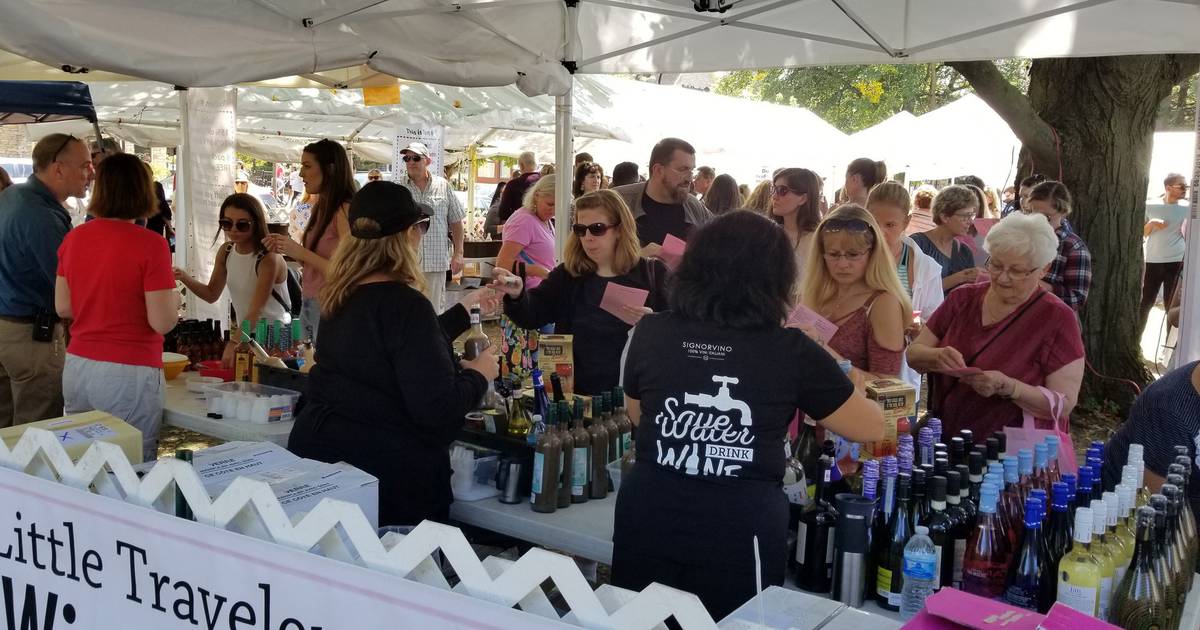 The Geneva Police Department has announced that downtown street closures and parking restrictions will be implemented to accommodate the new home of the Festival of the Vine, which will take place from September 9 to 11 on James Street. between South Fourth and South Fifth streets in Geneva.

Additional parking restrictions due to take effect at the end of September 9 are on Fifth Street, on both sides of the roadway, from James Street to the middle of the block; James Street, five places on the south side west of Third Street; and Campbell Street from Fourth to Fifth Streets.

All road closures and parking restrictions will remain in place until the end of the Festival of the Vine on September 11, police said.

People should not remove temporary ‘no parking’ signs posted on wooden stakes as the restrictions are aimed at providing a safe environment for festival patrons, police officials said.

For more information on the Fête de la Vigne, visit the Geneva Chamber of Commerce website at www.genevachamber.com.

League of Women Voters chapters in Illinois’ Second Judicial District have partnered with the DuPage NAACP to host a Sept. 18 hybrid forum for judicial candidates running in the Nov. 8 general election for the seats of the Illinois Supreme Court and Court of Appeals.

Court of Appeal judges and Supreme Court judges are elected for 10-year terms. The Court of Appeals for the Second District meets in Elgin and hears cases appealed from the trial courts in five counties – DeKalb, Kane, Kendall, Lake and McHenry.

The forum will be held at 1 p.m. on September 18 at the Batavia Public Library, 10 S. Batavia Ave. in downtown Batavia. It will also be broadcast live on BATV’s public access channel 17.

The event will begin at 1 p.m. on September 10 at the Little White School Museum, 72 Polk St. in Oswego.

This did not deter townspeople from using the railroad, as it carried grain produced by Newark farmers to the Fox River Branch Line from Chicago, Burlington & Quincy to Millington on the Fox River .

Attendees will learn about the line’s construction, its colorful promoter and its eventual demise, organizers said. Copies of Kehoe’s book will be available for sale on the day of the program.

Admission to the program is $5. To register, call 630-554-1010 or visit the Oswegoland Park District website at www.oswegolandparkdistrict.org. Advance registration is encouraged, but walk-ins on program day will be welcome, officials said.

Share your thoughts on the proposed redevelopment plans for Mill Creek Greenway Forest Reserve in Elburn at a public information meeting from 4-6 p.m. Wednesday at the reserve’s Natural Resource Management Facility at 2N253 Brundige Road in Elburn.

The Kane County Forest Preserve District plans to submit an application to the Illinois Department of Natural Resources for projects under its Open Land Acquisition and Development Program.

The proposed plan includes a multipurpose archery range, shelter, restrooms, parking lot and nature trails in the reserve, district officials said. Two plans will be available for viewing at the meeting, and the public is encouraged to share their comments. Public comments will also be accepted online at https://bit.ly/PIM_Comments Until wednesday.

District staff will be available to answer questions during the meeting. For more information about the meeting, call the Kane County Forest Preserve District Administrative Headquarters Office at 630-232-5980.

Send Silence Packing, a traveling exhibit that draws attention to mental health and suicide issues, will be on view from 9 a.m. to 4 p.m. Tuesday, September 13 at North Central College in Naperville.

Dozens of backpacks set up outside, each with personal stories of those who have lost a loved one to suicide, are the means used to raise awareness and connect individuals to mental health resources.

Organized by the nonprofit Active Minds, the exhibition has traveled the country for more than a decade and has reached more than one million people. Data from the exhibit shows that those viewing it want to learn more about mental health and can reach out to a friend in need or seek help for themselves, according to organizers.

The program is free and open to the public. Mental health professionals will be available to speak to anyone experiencing distress from the posting.

Kane County Circuit Clerk Theresa Barreiro is hosting a virtual career fair for jobs in her office from 1:30 p.m. to 7:30 p.m. Thursday.

A variety of career opportunities are available that offer medical, dental and vision benefits, paid vacation and vacation, and retirement benefits.

Interview sessions will be 45 minutes long and offered every hour from 1:30 p.m. to 6:30 p.m. For more information or to register for a session, go to cic.countyofkane.org.