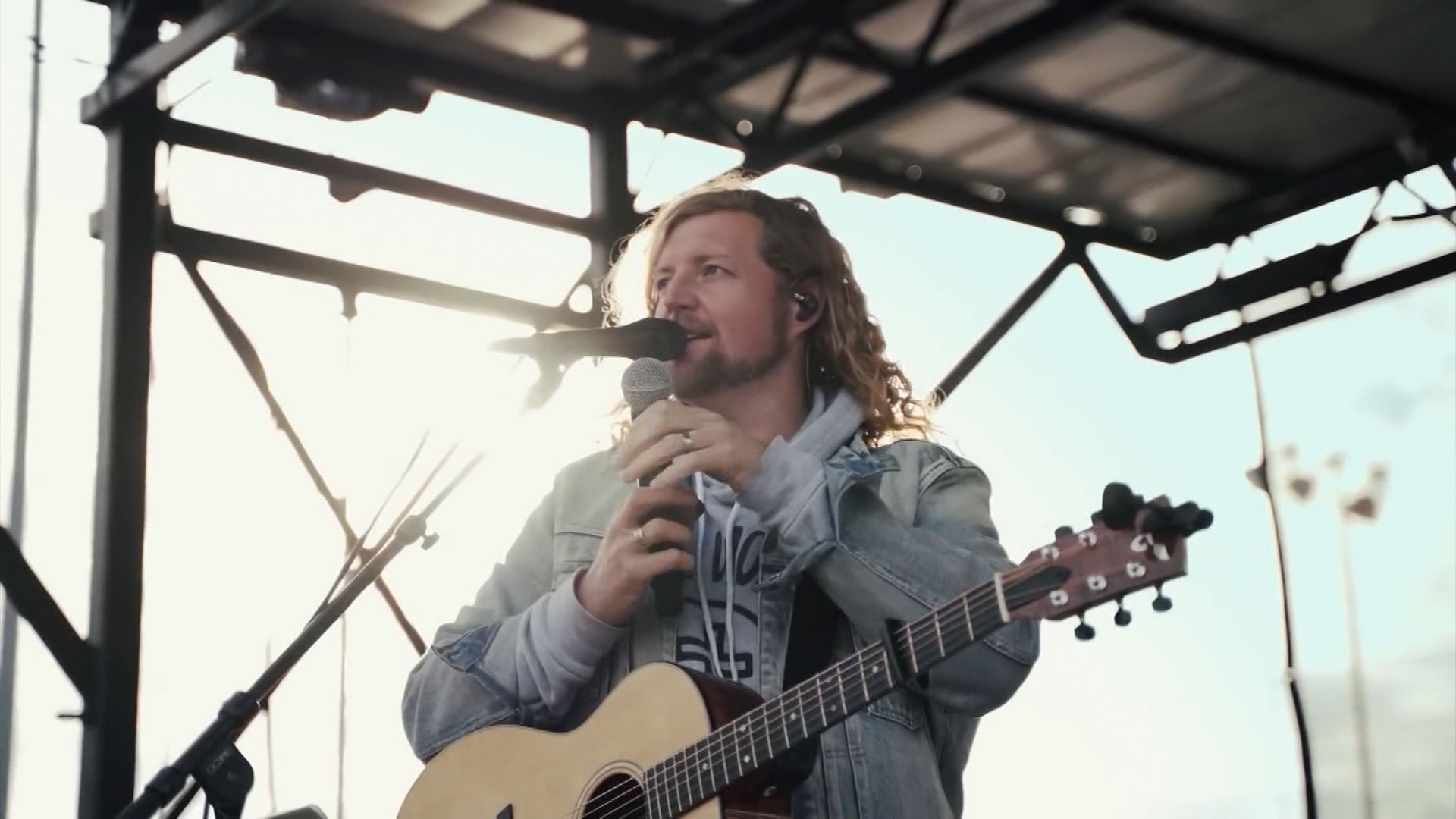 Cult leader and author Sean Feucht has made headlines for traveling the country with his “Let Us Worship” tour, bringing people together during the COVID lockdown.

Feucht has a new documentary on the impact of the cult movement called “Superspreader” which will be released in theaters on September 29.

After an unsuccessful 2020 California congressional run, Sean Feucht chose what some might consider a higher calling by hitting the road on the “Let Us Worship” tour. It quickly spread as thousands gathered in cities across America to praise the Lord. As this coincided with the peak of the COVID pandemic, it led to accusations that Sean was a “super-spreader” of the virus. This also led to the title of his new film.

We recently spoke to Sean about the movie on CBN’s “The Prayer Link,” where we asked his reaction to people accusing him of killing people.

“Well, we know that wasn’t true because you know, there hasn’t been any outbreak of COVID or COVID related to any of our events and that’s kind of a spoiler because at the end we share that But yes I felt like it was important to share, to let people see the journey we were on, the people who were for us, the people who were against us, but yet in the middle of all this, God was breaking into every city we went to.

What does Sean want people to take away from the film?

“You know, I think about courage. I think about courage and daring,” he said. “I want people to feel empowered to know that even when they face resistance and even sometimes, resistance is the very thing that proves you’re on the right path to a breakthrough. I think a lot of times in America , Christians aren’t really used to pushing back, we’re not really used to resistance, but yet Jesus calls us to places where we’re going to face resistance, and that’s exactly what happened. You know, here we have this incredible harvest, this incredible wave of revival that we were having, but yet we have ANTIFA attacking us, we have protesters…we have governors fighting us.

Sean says the documentary will hit some 500 theaters from September 29.

“And we’re going to see this wave of revival that we’re experiencing across America is actually going to be in theaters. And wow, we’re going to try to plan for an evangelist to be in every theater that it’s shown in. So that at the end of the movie, people are saved, healed, delivered, that’s what we want to see happen.

“I’ve been praying for the overthrow of Roe V Wade since I was a teenager. I’ve had this life band, I’ve had this one for 10 years. I had one before that for 12 years, but I was so discouraged when it finally happened because the response from the church was so weak. I mean, it was pathetic. People weren’t celebrating here. I think we should have millions of Christians dancing in the streets. from America. You know, God answered a 50-year-old prayer request. And I was really discouraged that people were almost ashamed to say anything. And I was about to go on Twitter and Facebook and start raging about the state of the church. And the Lord spoke to me and he said, “sing the song of life over a generation. Remind them that they are made in My image.” And, you know, the songs will go places sermons and tweets will never go. They will touch the human heart. And so the journey of me saying, okay, I’m gonna take that frustration. And I’m just gonna remind people that they’re made in the image of God. And that’s kind of where the song comes from.

Sean thinks Roe had to leave for a real revival to break out in America.

I think that [Roe] was a curse. It was a child sacrifice. It was a death decree that weighed on the nation. Only China and North Korea are worse, you know, on their abortion rules. I mean, it puts us in bad company in America. And so we have this death decree, hanging over the nation and seeing that reversed in my lifetime. And of course, now the battle is going to the states and we’re starting to see those victories. But I think it’s huge. I think this is a massive breakthrough.

The finale of this year’s “Let Us Worship” tour will take place at the National Mall in Washington, DC on October 22. Sean announces that they will also announce a “Kingdom to the Capitol” initiative in 50 states for 2023.

Click on HERE find out where “Superspreader” will play at a theater near you.