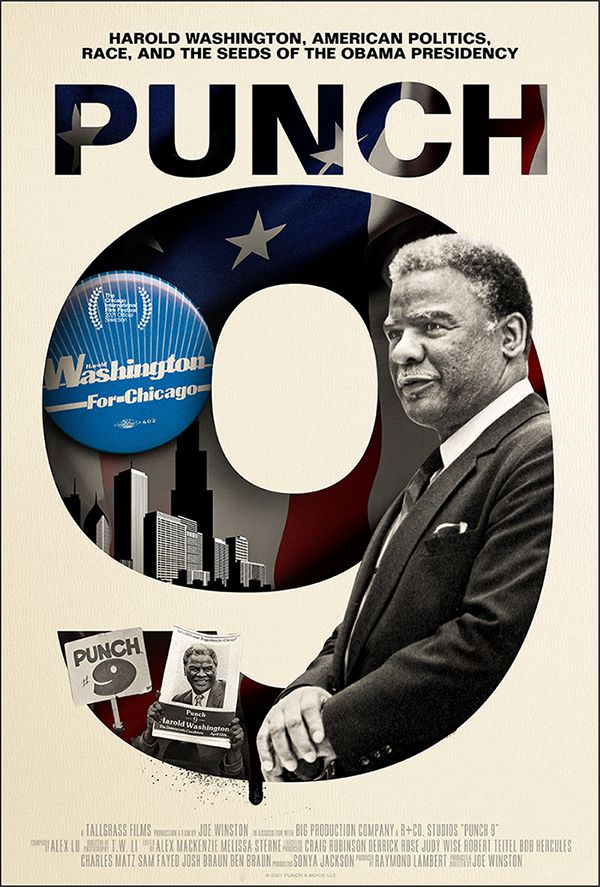 As the 57th Chicago International Film Festival is in full swing, I was able to screen a few more films virtually. Presented under the City and State, Documentary and Black Perspectives slates, “Punch 9 for Harold Washington” is a thrilling documentary that shows the ugly political rise to power following the death of former Mayor Daley, as well as the rise to power just as Nasty 29 City Council members who tried to sabotage Mayor Harold Washington’s first term.

The movie is “Punch 9 for Harold Washington”. Directed by Joe Winston; the country of origin is the United States and the runtime is 105 minutes. The film is in the Biopic, Documentary and Political categories.

In this epic tale of American politics, race, and triumph against the odds, director Joe Winston chronicles the gripping rise, surprising reign, and lasting legacy of Chicago’s first African-American mayor, Harold Washington. Drenched in archival footage capturing a 1980s Chicago plagued by corruption and discrimination, “Punch 9” features and has conducted interviews with Jesse Jackson, Vice Mayor Richard Mell and others on the lines head-on and behind the scenes of power as he follows the charismatic politician’s shrewd maneuvers, stinging betrayals and unlikely victories. Inspirational and compelling, Washington’s journey continues to resonate for a city and a nation facing the same lingering social issues.

The late Mayor Harold Washington is in full “This is Harold” mode in this documentary which shows the unpleasant and racist political climate that was in vogue after the death of the first Mayor Daley in December 1976. It was a power grab, and Wilson Frost , who was President Pro Tempore – was robbed as Daley’s legal successor at the time – to the point of being barred from office, while the white aldermen hatched plans for their own successor.

After a major snowstorm in 1979, which pitted Jane Byrne against Michael Bilandic, Byrne emerged victorious and eventually faced Washington in the 1983 mayoral primary.

We are not anti-person, but anti-evil, anti-racism, anti-segregation,” Washington said during one of his campaign speeches in 1983. The late Crusader’s longtime columnist Dr. Conrad Worrill , helped kick off the Washington campaign. It was a campaign in which Washington traveled throughout the city, making sure he was inclusive when residents preferred to say he would only serve black people.

He was the nation’s second-largest city’s first black mayor, after defeating Bernard Epton and being elected on April 12, 1983. However, the negative campaign garnered national media attention and, thus, the results of the election was covered by the world press. Part of Washington’s activism and campaigning was the benefit of his splendid vocabulary.

“You’re not going to perpetuate the canard that the greatest number of people on welfare are black people,” bellowed Washington during an appearance on The Irv Kupcinet Show to a member of the right political spectrum. Activist Jacky Grimshaw referenced this and other “big word” quotes from Washington, saying “journalists needed a dictionary to understand what he was saying.” Washington also unapologetically stated that “housing codes were anti-diluvian.”

And with this election, Washington has sworn he will serve the entire city for 20 years or more. But racism in this polarized city has not stopped, nor has Washington’s unwavering commitment to reform and equality for all Chicagoans.

He served the entire city after having sea legs while fighting the 29 members of the city council who adamantly opposed him being in power and bringing about reforms against a thick political machine that reeked of nepotism and stolen agreements. This became known as the Council Wars, and Washington brushed aside any initial opposition when it abruptly closed its first Council meeting in May 1983, banging the gavel.

He triumphed in the first term by not allowing street infrastructure, which hurt white aldermen voters. They finally relented and Washington was able to get on with running the city.

Washington won a second term in 1987, serving until his death from heart failure on November 25, 1987.

To research www.chicagofilmfestival.com for more information.