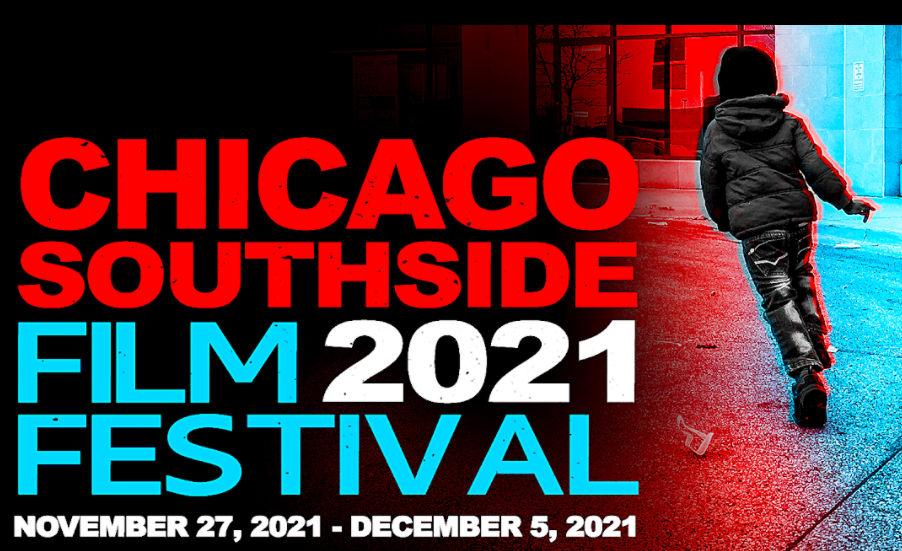 The 5th Annual Chicago South Side Film Festival returns to theaters this weekend with films that teach, embrace and share differences in today’s society

The Chicago South Side Film Festival (CSSFF) has brought back hybrid and live screenings for moviegoers and filmmakers on Chicago’s South Side, which began the weekend of November 27 and runs through December 5.

This year, CSSFF founder Michelle Kennedy wanted to assure moviegoers that this year’s festival will encompass something they will enjoy at their comfort level with film selections and with audience participation. Offering a hybrid festival for local audiences and virtual attendees illustrates how the pandemic has affected our society. The social events of the past year have also given the festival the opportunity to choose films that teach, embrace and share differences of opinion. The festival of the year paved the way for the organization to use its platform to be socially responsible in the face of ever-changing times.

Kicking off the festival on Saturday November 27 at the IIT Art Auditorium was the world premiere of “Cicero/Mt Greenwood (1966/2016)”, a film by Ben Creech. The documentary short compares and contrasts two protest marches in the South Side neighborhood of Mount Greenwood. Although the protest marches took place 50 years apart, they have startling similarities. Also screened was “Daughter of Eve”, a multimedia documentary that analyzes and aims to dismantle the misogyny and gender hierarchy within the Christian faith of Zanah Thirus, who critics say is the future Ava Duvernay.

Don’t worry if you missed the first weekend of screenings and events. Chicago-based producer, director, and screenwriter Zanah Thirus will highlight the importance of post-production by hosting a virtual workshop that gives independent filmmakers insight into how best to manage the post-production process on Saturday 4 December, from 3 p.m. to 5 p.m.: 12 a.m. She will shed light on topics like – post process + timeline, your team, post production checklist and resources for independent filmmakers.

True to the love of screening vintage African-American films, the CSSFF will close the 2021 festivities with the 30th anniversary screening of “Boyz N The Hood” by the late John Singleton on Sunday, December 5, from 12:00 p.m. 2:30 p.m. pm The film will be followed by a panel discussion on black male representation in film, featuring Derek Dow and Lonnie Edwards.

the Chicago South Side Film Festival is a non-profit arts organization founded by South Side native Michelle Kennedy. The CSSFF’s dual mission is to expand, diversify, and improve the quality of Chicago’s South Side entertainment options and to provide South Side filmmakers with opportunities to screen their work.

For the full program of screenings, events and workshops, log on to www.southsidefilmfest.org. 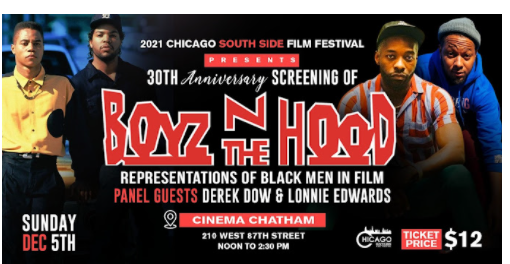 Elaine Hegwood Bowen, MSJ, is the entertainment editor for the Chicago Crusader. She is the winner of the National Newspaper Publishers Association’s “Entertainment Writing” award, contributed to “Rust Belt Chicago,” and is the author of “Old School Adventures from Englewood: South Side of Chicago.” For information, Old Fashioned Adventures of Englewood – Chicago South Side (lulu.com) or email: [email protected].

2021-11-29
Previous Post: Rockford, Ill. Man finally gets his chance to be in danger
Next Post: Here’s your guide to vacation-themed events in southern Illinois.