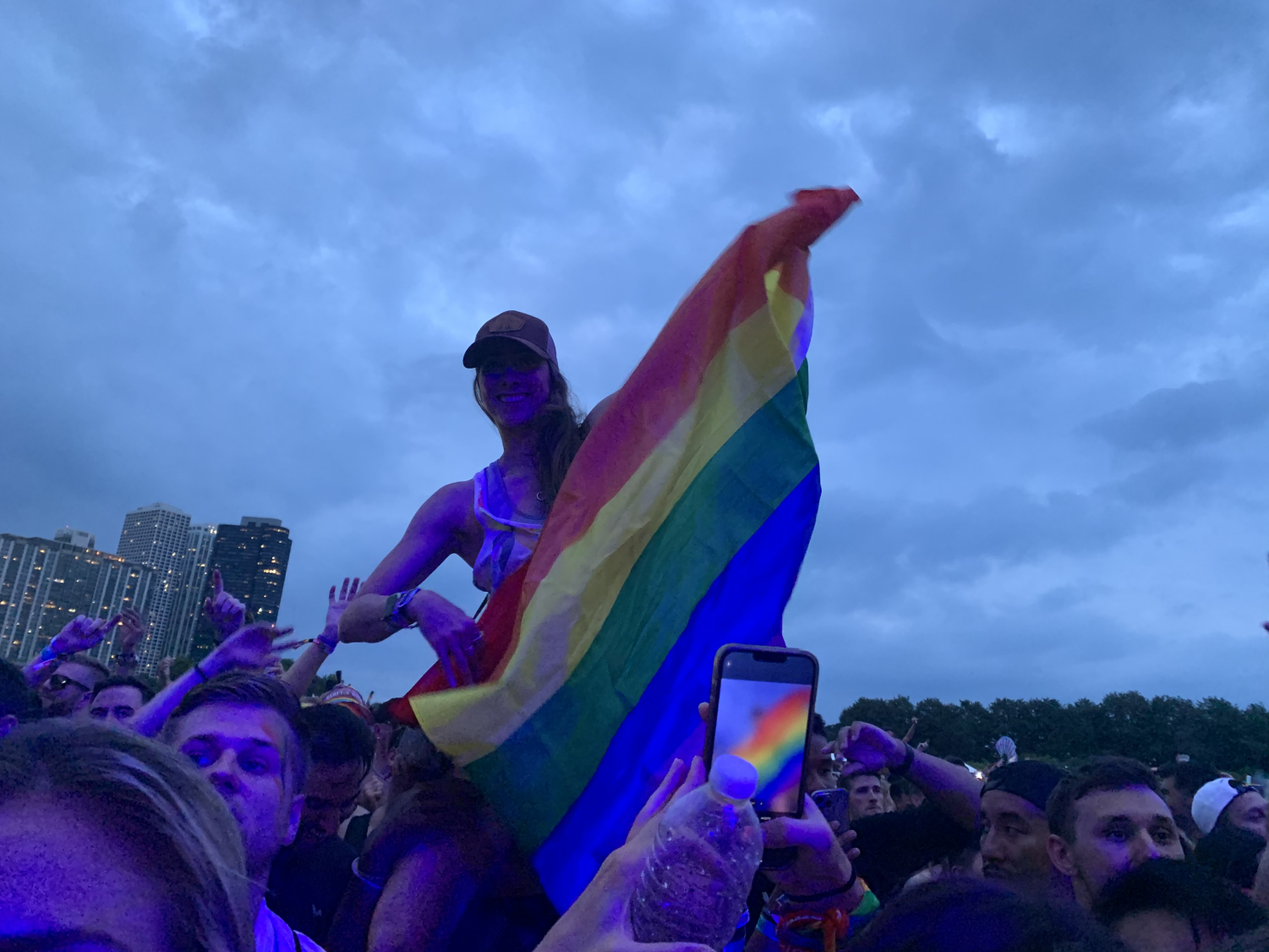 The Chainsmokers and Alesso perform at Pride in the Park

The annual Pride in The Park Chicago music festival hosted several artists this weekend, including the Chainsmokers and Alesso, in addition to speakers like Chicago’s first openly gay mayor, Lori Lightfoot.

The two-day event in Grant Park celebrated the LGBTQ+ community, providing attendees with a space to speak out. Attendees demonstrated their pride through fashion, with some sporting sequined or mesh tops, others sporting rainbow stripes painted on their faces and one person even dressing up in an inflatable pink unicorn costume.

Nathan Turner first attended Pride in The Park in 2021, and he returned this year because he said he wanted to experience the festival with his fiancé and best friends, especially in light of the Supreme Court’s decision on Friday to overturn Roe v. Wade.

“It all comes together in this amazing experience, and especially this year because there’s a lot going on. I feel like a lot of our rights could be in jeopardy down the road,” Turner said.

Along with musical performances and drag shows, wristband holders took advantage of bars and merchandise stores selling t-shirts and sunglasses. The festival also offered plenty of freebies, ranging from alcohol popsicles and CBD caramels to rainbow flags and flavored condoms.

Sarah Carr, who lives in suburban Chicago and took an hour-long train ride with a friend to Grant Park, said it was her first time attending a Pride festival. She added that she discovered the musical event when her friend came from southern Illinois for the Pride Parade on Sunday.

Lightfoot took to the stage and addressed thousands of spectators on Saturday, asking them to vote and fight for democracy.

The Supreme Court ruling took away basic rights, she said, and Chicago will not abide by the ruling.

“Today we have pride. We celebrate. But tomorrow we fight. And we make sure the world knows that in Chicago, we are a welcoming city, where we have justice for all,” said said Lightfoot, “You need to make sure you’re registered and voting. The vote matters.”

Reproductive rights are closely tied to LGBTQ+ rights, said Mony Ruiz-Velasco, deputy director of LGBTQ+ civil rights organization Equality Illinois. She also encouraged the public to vote and “show up in the streets”.

She added that the overturning of Roe v. Wade not only denies access to abortion to people who can get pregnant, but also denies them bodily autonomy, and that the decision would impact freedom of sexual orientation.

“The court’s decision is a frontal attack on our LGBTQ+ communities, on people of color, on immigrants, and on people living in poverty,” Ruiz-Velasco said. “But we cannot despair. Our community has a long history of resistance.

— Thousands march through downtown Chicago to protest the overthrow of Roe v. wade

— Dillo Day 50 Brings Rodeo and Live Music Back to Lakefill