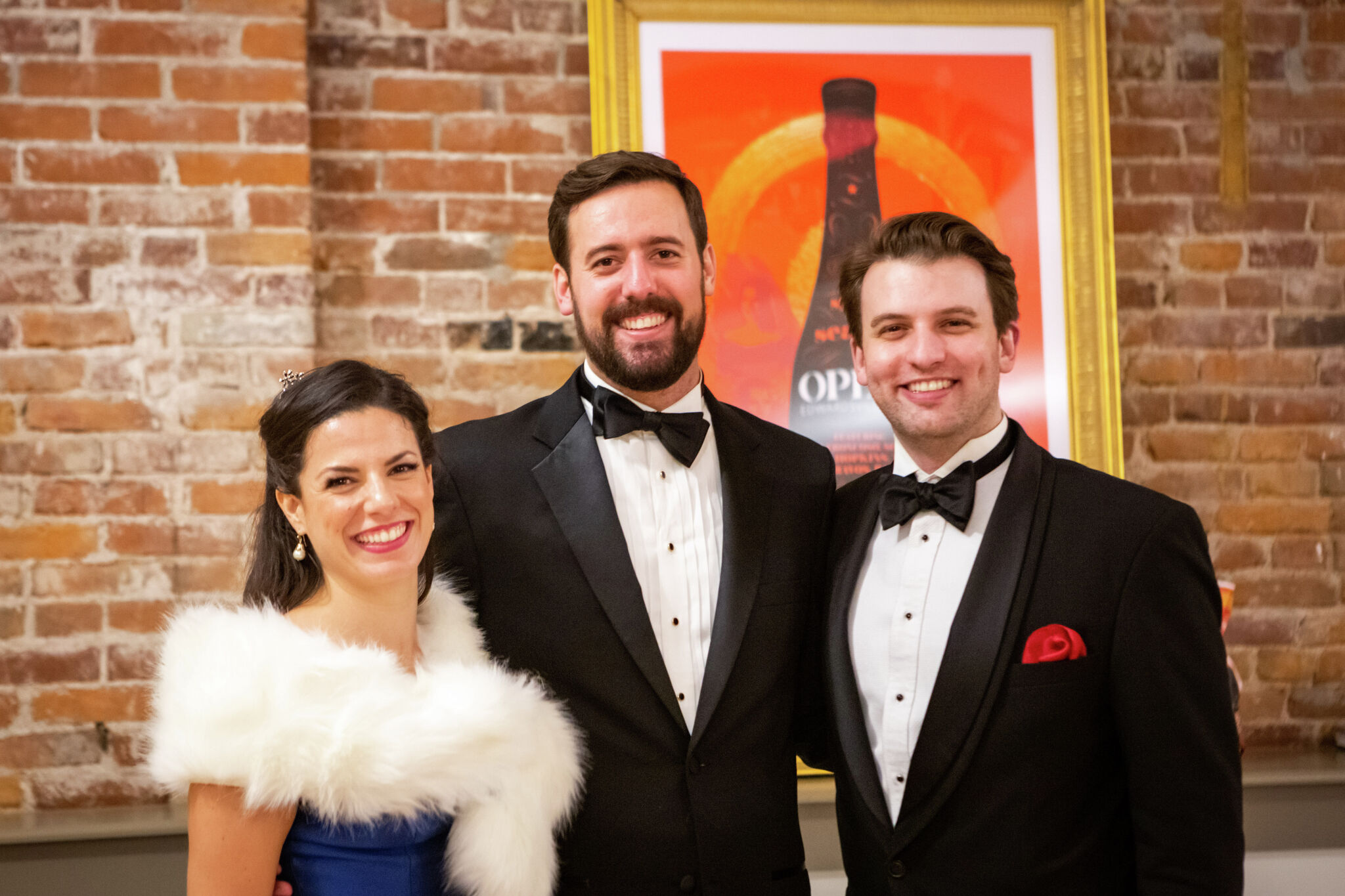 The Edwardsville Opera is 5 years old

EDWARDSVILLE – Despite a pandemic, despite being an art form thought of outside the popular lexicon of the arts, Opera Edwardsville (OE) has thrived and grown, now celebrating its fifth year as an arts organization cultural and non-profit.

Opera Edwardsville has consistently and professionally proven itself, bringing together world-class talent each season, for dedicated opera fans and the curious. Through its education program, OE has opened the doors to a whole new world of young performing artists.

Opera Edwardsville has been voted the best new organization for the past five years by the Great Rivers and Routes Tourism Bureau.

“The Board and I are extremely grateful to the members of The Rotary Club of Edwardsville for recognizing the powerful impact an arts organization can have on our community,” said Chase Hopkins, Founder and Artistic Director. of OE, who divides his time between Edwardsville and Chicago with the Haymarket Opera Co., of which he was named general manager last year.

“With so many fabulous artists joining performances at Opera Edwardsville, we are also excited to create an educational platform to create new opportunities and support arts education in our area.”

Hopkins’ sees Opera Edwardsville as a continuation of the vibrant arts scene taking place in Edwardsville.

“Sort of a spiritual child of the great Mississippi River Festival,” he explained, “bringing the best operatic talent to Edwardsville and Madison County from all over the world. None of this would be possible without our sponsors and our public.

The OE concert was the first to be broadcast live by Arts and Issues from Dunham Hall on the SIUE campus.

“I’m proud that OE has been asked to perform as part of the SIUE Arts and Issues series,” Hopkins said.

“The university is increasingly becoming an important partner for OE. We collaborated with the music department to present three student-led productions as part of our Opera for Kids initiative.

These Opera for Kids include “Pinocchio,” in 2019, “The Three Little Pigs,” in 2020, and “Jack and the Beanstalk” last year.
Additionally, OE presented masterclasses for SIUE voice students with Karen Brunssen, renowned voice teacher from Northwestern University and president of the National Association for Teachers of Singing.

“Opera Edwardsville is in a unique position to connect university and community through the power of live (or filmed) performance,” said Hopkins.

Another important reflection of OE’s values ​​and efforts to support arts education is the presentation of a student spotlight show at Christmas.

Three years later, the nonprofit Opera Edwardsville found itself on the brink of its existence due to the novel coronavirus pandemic. OE adjusted quickly and efficiently.

Instead of letting its annual Christmas concert at the Wildey be a thing of the past, OE has created its free ‘Edwardsville 12 Days of Opera’ series, featuring 15 different performers, which premiered online in 2020 and 2021. .

“When the global pandemic forced us to cancel our live, in-person program for 2020, Opera Edwardsville went digital presenting a filmed version of our children’s opera, ‘The Three Little Pigs,’ and a replacement series of online performances in place of our signature December concert, which became The 12 Days of Opera Edwardsville,” Hopkins explained.

The “12 Days” series was filmed on the historic Wildey Theater stage in downtown Edwardsville by St. Louis production company Once Films.

In its first year, “The 12 Days of Opera Edwardsville” garnered more than 40,000 views on YouTube, Facebook and Instagram, with daily performances posted via OE email blasts and on the Edwardsville Facebook page. OE. In 2021, the online series gained over 40,000 additional views.

“I think it’s an incredibly exciting way to connect people to opera, and I hope to see OE continue its digital presence,” Hopkins said.

Opera Edwardsville’s concerts and educational programs would not be possible without the generous support of OE 2021 corporate sponsors and individual donors, Hopkins said.

“Over the years, about 50 donors, five companies and three grants have helped offset the cost of each performance,” he said. “It is because of the enthusiasm and generosity of people that OE is able to offer programs for free.

“A big thank you to the mayor, aldermen, city administrator and chief financial officer for their support in our initial bid,” Hopkins acknowledged. “I’m very happy to see the municipal support for OE’s free concerts that the whole community can enjoy.”

“And, especially to Jill Schardt and Trina Vetter, for helping to make our dream of an outdoor concert a reality,” he said. “It’s really the people and the growing OE family that make this project so special.

“It’s the poinsettias delivered from Market Basket each December, the champagne popping from Cleveland Heath, and the paintings and artwork by local artists that feature on our seasonal posters that make OE a true reflection of this community. I am grateful to everyone involved and look forward to the year ahead when we celebrate OE’s fifth anniversary!”

Hopkins asked that if you are not already a sponsor, please consider.

“We have big plans for Opera Edwardsville and hope to see it continue to grow and develop,” he said. “This wouldn’t happen without the generous donations that come with every sponsorship.”

Sponsors also have access to tickets before the general public and receive a number of special benefits to recognize their contribution, including free season posters.

OE’s 2022 poster features the work of renowned local painter and SIUE professor, John DenHouter. The artwork captures the mood and atmosphere of OE’s first outdoor concert at Edwardsville City Park, complete with a starry night, bright lights on the stage, and dazzling spotlights in the background.

“Standing on stage at Edwardsville City Park is one of my favorite OE memories,” Hopkins recalls. “It was a goal to present this type of event, and because we were concerned about the safety of the artists and the public throughout 2021, the exterior made sense.

“I’m so glad it forced us to be bold and get out there,” he noted. “The participation of my Chicago sound amplification team made the event incredible, and there’s nothing more charming than a duet with the cicadas.”

People brought tables, chairs, candles, flowers and picnics to the park for the event.

“I was so happy to see that,” Hopkins said. “It’s very much in the spirit of big outdoor festivals, like Tanglewood, Ravinia and Glyndebourne. “I can’t wait to get back on the lawn in Edwardsville.”

Details of Opera Edwardville’s 2022 performances as part of its fifth anniversary season have yet to be released, but will be released soon, Hopkins promised.

“We have some breathtaking talent heading to Edwardsville this year. Don’t miss it!” said Hopkins.