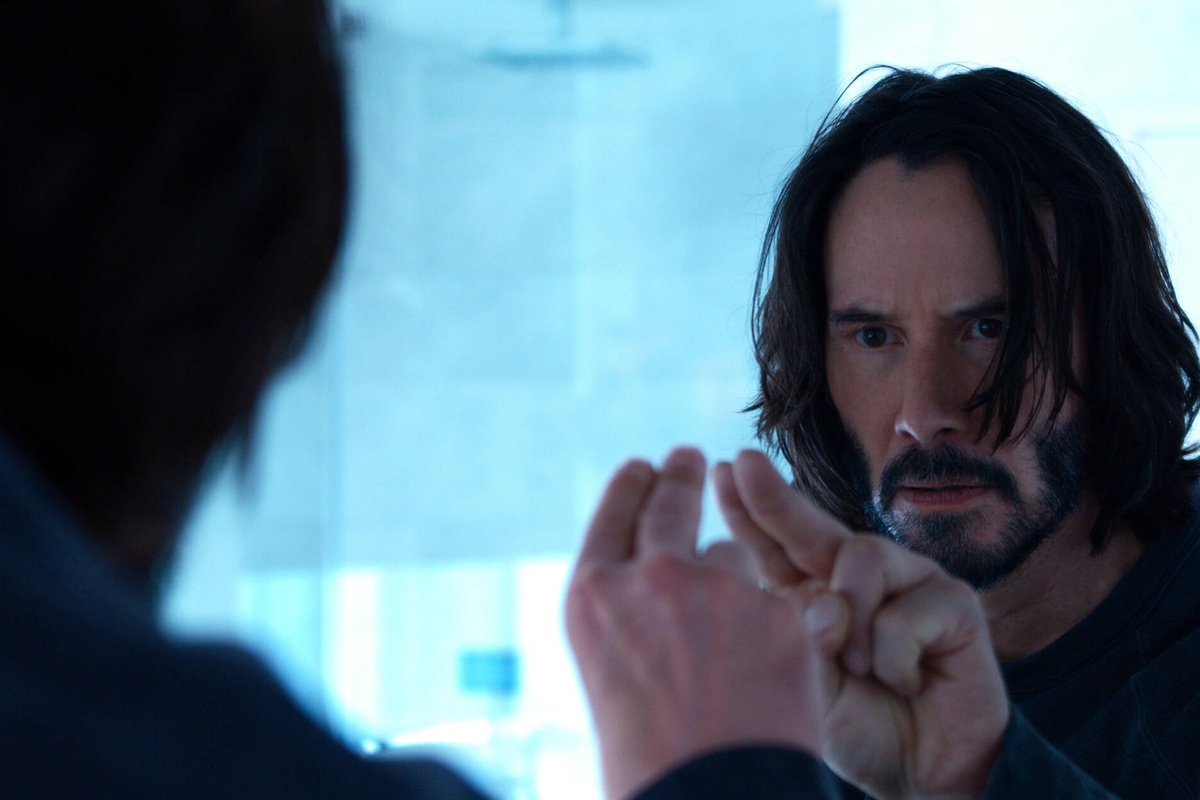 The Matrix Ressurections electrifies the franchise but gets tripped up

The Matrix Ressurections electrifies the franchise but gets tripped up

The Matrix Resurrections is finally here – but does the latest installment live up to everyone’s expectations?

The short answer is yes, but it also requires a more complicated answer.

Following the White Rabbit, the Matrix franchise continues to get trippy, but gets tripped up on the journey.

Keanu Reeves dons the infamous black trench coat as he reprises his iconic role as Neo, aka The Chosen One.

Resurrections is packed with stunning action sequences, an entertaining storyline, and plenty of potential for future films in the franchise.

Yet the fourth Matrix movie robs die-hard fans of the same seductive steampunk vibes that the 1999 film first staged, and doesn’t seem to be taking the calculated risks it needs to pay off.

The computer programmer finds himself once again imprisoned in an alternate psychedelic reality despite his heroic efforts in the previous film, Revolutions.

Resurrections picks up exactly 60 years later after Neo and Trinity, taken over by Carrie-Anne Moss, make the ultimate sacrifice to free humanity.

While their selfless actions drastically changed the way humans and machines co-exist, they also led to a more dangerous and cunning enemy.

Without too many spoilers, Resurrections is most definitely a must-watch for fans of the franchise and action thrillers.

After the disappointing offerings of Reloaded and Revolutions, the latest chapter of the series brings viewers back to the beginning and also opens the door to future possibilities.

Keanu and Carrie-Anne’s intense on-screen chemistry is undeniable as star-crossed lovers in the film.

Plus, Keanu’s inner turmoil as “The Chosen One” is well executed by the star as he’s haunted by the burdens he carries throughout the film.

Still, the sci-fi flick failed to avoid the common trope that most sequels and reboots fall into: overdoing the nostalgia while failing to keep the essence of the series.

For example, Yahya Abdul-Mateen II takes on Morpheus, the franchise’s most central role, but he may not have been the best choice.

The Aquaman star’s performance has nothing to do with the incomparable Laurence Fishburne, who played the role before. Laurence’s mystique and unwavering loyalty to “The One” makes the whole premise of the franchise worthwhile.

Then there’s Jada Pinkett-Smith, who returns as Niobe and has a much larger role in Resurrections. Still, the move seems pointless, as her role wasn’t as prominent in previous films.

Despite the few pitfalls, Resurrections delivers an electrifying thriller that put the franchise back on the map – and perhaps set it up for better episodes to come.

The Matrix Resurrections is now in theaters and Diffusion on HBO Max.