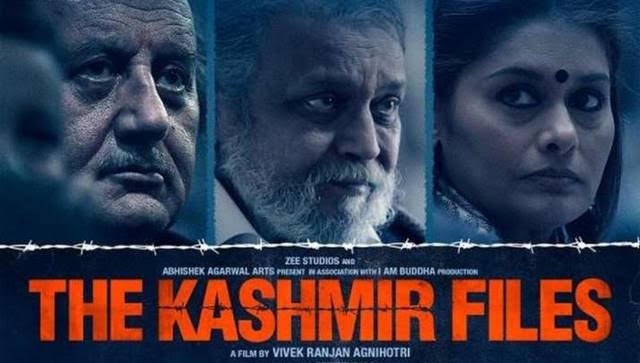 Several media houses claimed that “The Kashmir Files” did not receive any national awards this year, despite being a box office smash hit.

On his Facebook page, ABP News claimed the film failed to win any honors at the 68th National Awards. It should be mentioned that on Friday July 22, the Directorate of Film Festivals of the Indian Government awarded the films released in 2020.

The awards were decided by a 10-member jury, led by director Vipul Shah. Since only films made in 2020 were honored, it was obvious that “The Kashmir Files” released this year did not appear in any of the categories.

ABP News falsely claimed that the national awards were given for films produced this year, suggesting that “The Kashmir Files” did not get any recognition.

Many reputable media houses conduct a vicious “Hit Job” against #TheKashmirFiles. And no one checks them. If they do this for “terrorist friendly” Bollywood films, the ecosystem will instantly call it Islamophobia.

A similar gaffe was committed by Aaj Tak’s sister channel, “News Tak”. Director Vivek Agnihotri was appalled by the brazen misinformation being peddled by both mainstream media.

Taking to Twitter, he accused them of sabotaging his film ‘The Kashmir Files’. Agnihotri remarked, “Many reputable media houses are launching a vicious ‘Hit Job’ against #TheKashmirFiles. And no one checks them.

“If they do this for ‘terrorist-friendly’ Bollywood movies, the ecosystem will instantly call it Islamophobia. I leave it to your conscience to decide here,” he added.

It’s a great day for the cinema of the South and all the regional cinemas. Hindi cinema has to work harder.

“It’s a great day for the cinema of the South and all the regional cinemas. Hindi cinema needs to work harder,” he tweeted. Previously, the Quint had tried to brand ‘The Kashmir Files’ as Islamophobic and to cancel its director’s speaking tour.