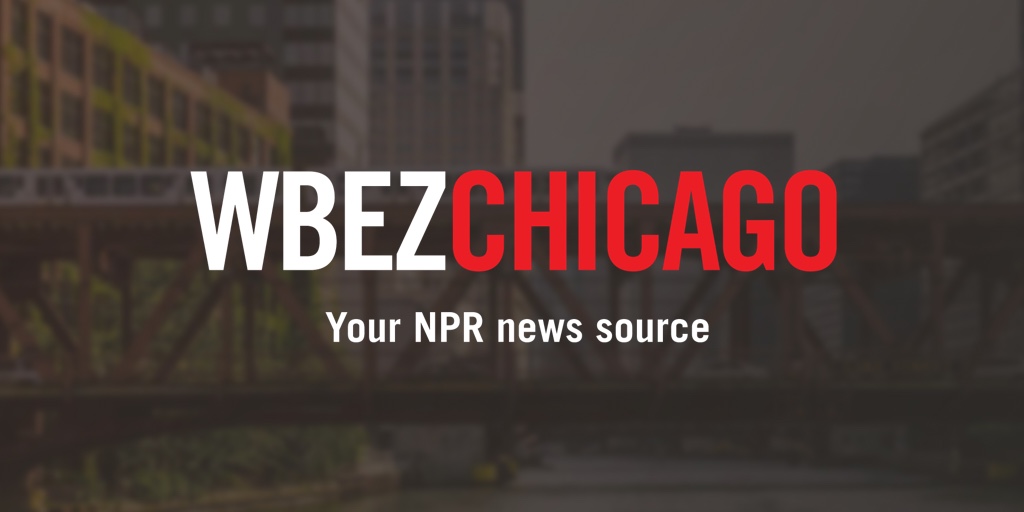 Good afternoon. It’s Monday, and I still can’t get over it this sign I saw over the weekend near a health care provider. Honestly, I thought I was hallucinating for a second. Here’s what you need to know today.

Last year, Governor JB Pritzker pledged to use federal COVID-19 funds to boost community groups working to address gun violence that has soared during the pandemic.

Some Democrats and community groups had hoped the money would be sent before the summer, when the number of shootings typically spikes.

But state lawmakers deserve some ‘grace’ because ‘this is new, they’re trying to get their strategies and systems in place,’ said Reverend Ciera Bates-Chamberlain, who advocated for the state to use federal pandemic funds to address violence. efforts.

“But when there’s the urgency to save lives, I mean, of course we’ll say we wish the money had come sooner.” [WBEZ]

2. Illinois State Police are looking to fill a hole uncovered by the Highland Park shooting

Illinois State Police today announced an “emergency rule” that fixes a loophole in state firearms laws that allowed the July 4 shooting suspect to buy several guns legally despite a troubling past.

The suspect had been deemed a ‘clear and present danger’ by Highland Park Police after he allegedly threatened to ‘kill everyone’ in 2019. But months later, state police approved the permit application of the suspect’s firearms, which was sponsored by his father. .

The emergency rule, which goes into effect next week, will allow state police to “maintain a clear and current danger report even if the subject does not have a FOID card or pending request at the time it is received”, the Chicago Grandstand reports. “The agency would use these reports to assess future FOID card applications.” [Tribune]

The news comes on the two-week anniversary of the mass shooting. For many people who survived the tragedy, recovery can be a slow and lengthy process, according to health experts. [WBEZ]

3. After a series of officer suicides, the Chicago Police Department is criticized for not doing enough

A sergeant died yesterday of an apparent self-inflicted gunshot wound, marking the third suicide reported this month in the Chicago Police Department.

Alexa James, the department’s former wellness adviser, has accused the department of canceling officers’ days off and is calling for a sweeping plan to address psychological issues in the ranks, reports the Chicago Sun-Times.

“I think what’s happening is inhumane,” James said. “And I certainly don’t make the connection [regular day off] cancellations to increase the number of suicides, but we know that’s the trend.

Canceling officers’ days off is a controversial practice that has been used to address department staffing issues. Today, Police Commissioner David Brown defended the practice, saying it helps keep officers safe on the street. [Chicago Sun-Times]

If you or someone you know is considering suicide, contact the National Suicide Prevention Lifeline by calling or texting 988.

4. Only about 90 of Chicago’s 513 unaccredited public schools have a full-time librarian

It is according to Chicago Sun-Timeswho examines why, in an age of misinformation, the nation’s third-largest school district has so few librarians?

“There are librarians in only 10% of schools where black students make up the largest percentage of the student body, compared to 25% of schools where white children are and 21% where Hispanic students are the most numerous” , reports the newspaper, citing an analysis. made by the Chicago Sun-Times and a researcher from the Chicago Teachers Union.

Nora Wiltse, perhaps the school district’s most outspoken library advocate, was one of eight librarians who were laid off last month. She said the school library landscape when she started at CPS in 2003 was fruitful and well-resourced – “night and day” compared to today.

“Now we’re on our own and we’re all fighting to prove we’re worth it,” she said. [Chicago Sun-Times]

5. Slow down, Speed ​​Racer. The city council wants to put a stop to drag racing.

Chicago police would be able to seize vehicles used in drag races under an ordinance being considered by the city council, veteran City Hall reporter Fran Spielman reports to the Chicago Sun-Times.

“The owner would have the right to challenge the impoundment before an administrative hearing officer.”

The news comes after hundreds showed up for a dangerous run at the Near West Side intersection of Clinton and Monroe streets early Sunday. When officers showed up, fireworks were thrown at them. [Chicago Sun-Times]

Here’s what else is going on

Oh, and one more thing…

Thanks to everyone who stopped by the WBEZ tent at the Pitchfork Music Festival on Saturday!

It was extremely nice to hear all the nice things people were saying about the station. My colleagues Cassie Walker Burke, Manuel Martinez and Andjela Padejski were taking photos, handing out gifts and asking people what music meant to them in these very unusual times.

This answer from Julian Day-Cooney, who lives in Portland, really stuck with me:

“I sat around working from home for two years and just craved live music. That’s my religious experience — going to concerts. I feel holy in the moment, it’s spiritual, and the emotional intensity I feel from live music is like a jolt from the stagnation I feel. It’s cathartic. » [WBEZ]

Tell me something good…

I need movie recommendations. What is a movie you have enjoyed recently?

Longtime readers now know that I’m a huge John Wick fan. But I recently caught Bahubali on Netflix. It’s a truly epic action movie. Set near an ancient kingdom in India, an orphan grows up and, after many sword fights, discovers that he is part of a royal line.

I also recently enjoyed Lady Snowbloodwhich follows an assassin as she exacts revenge on her mother’s enemies.

Feel free to email or tweet me, and your response might be shared in this week’s newsletter.