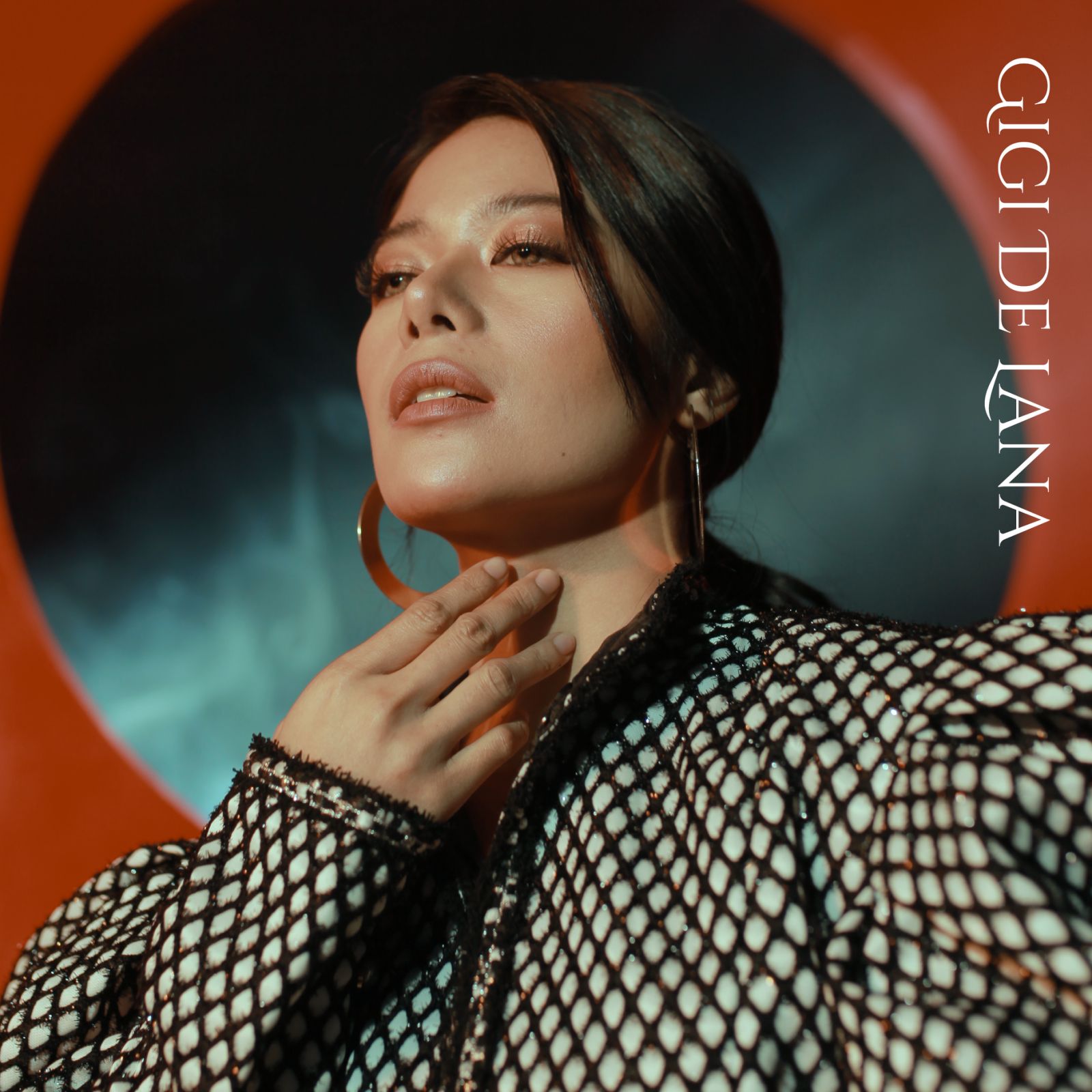 Gigi De Lana is embarking on a concert tour

Singer/actress Gigi De Lana and her band The Gigi Vibes launch their Domination tour—ABS-CBN Events’ first on-site concert in two years—at the Newport Performing Arts Theater at Resorts World Manila on March 5 at 8 p.m. The Manila leg will be followed by the group leg in the Middle East. They are due to perform at the Jubilee Stage at Expo 2020 in Dubai on March 12, National Theater Abu Dhabi on March 18 and Crowne Plaza Bahrain on March 25. Domination will also be broadcast on KTX.ph April 23 with the concert in Manila and excerpts from the Middle East tour. Joining Gigi and The Gigi Vibes is Jed Madela. Tickets for the Newport Performing Arts Theater are available through Ticketworld at P8,000 (platinum), P7,000 (SVIP), P6,000 (VIP), P5,000 (gold), P3,500 (silver) and P1,500 (bronze). Meanwhile, online viewers can buy tickets on KTX.ph at P695 (SVIP), P495 (VIP) and P195 (regular) for the April 23 streaming special.

NOW that Metro Manila, along with 38 other areas, has been placed under Alert Level 1, Resorts World Manila (RWM) has held a concert series at Bar 360 with performances every Saturday in March at 10:45 p.m. Girl group Gracenote launches the Bar 360 Concert Series March 5. Gracenote is an electro-pop-rock band led by Eunice Jorge (singer, composer, pianist and violinist), with Jazz Jorge (bass), EJ Pichay (drums) and Tatsi Jamnague (guitars). Pinoy music icon Gino Padilla — known for the songs “Let The Love Begin,” “I Believe In You” and “Closer You and I” — performs March 12. Imago is on stage on March 19. The rock group OPM — known for hits like “sundo,” “Akap», and « Taralets » — consists of Myrene Academia (bass), Tim Cacho and Zach Lucero (guitars) and Mervin Panganiban (drums). Closing the series of concerts, the alternative group Pinoy Sandwich on March 26.sugodand “Betamax” features Raymund Marasigan (vocals, keyboards, additional guitar, percussion), Diego Castillo (rhythm and lead guitar), Myrene Academia (bass guitar, aerophones), Mong Alcaraz (lead guitar, keyboards), and Mike Dizon (drums). Bar 360 is located in the Garden Wing of RWM. Shows are open to patrons 21 and older with a minimum cover charge of 1,000 consumable pesos on food and beverages.

The J. AMADO Araneta Foundation and Gateway Gallery in Araneta City are partnering with public interest law organization ImagineLaw to host an art exhibit to celebrate the culmination of Heart Month in the Philippines. Titled “Heart to Art,” the exhibit features participatory artwork by local artists that depicts personal stories and experiences with heart disease and coronavirus disease 2019 (COVID-19). It is open to the public free of charge at the Gateway Gallery from March 1-15. In the Philippines, coronary heart disease is responsible for the death of more than 120,800 people a year, making it the leading cause of death in the country. About half of Filipinos who died from COVID-19 also suffered from comorbidities, the majority of which were coronary heart disease. Gateway Gallery is Araneta City’s museum dedicated to promoting Filipino arts and culture. This is a free-entry museum, open daily from 10 a.m. to 6 p.m. at 5F Gateway Tower, Araneta City, Quezon City.

MTV will flip its logo and more to celebrate women around the world on International Women’s Day (IWD). The campaign in the Philippines kicks off March 8, with a special coffee package for charity, free cold brew giveaways and on-air specials featuring some of the most inspiring women in music and television . In collaboration with Filipino Coffee and coffee roaster Commune, MTV has produced a coffee set consisting of a limited-edition tote bag and a 250g bag of an exclusive roasted coffee, 100% of the recipes sales being intended to support the Philippines. coffee growers through the International Women’s Coffee Alliance. Buy a bundle online and in-store starting March 8 at P880. On March 8, the first 50 customers to enter Commune’s physical store in Makati and strike this year’s IWD #BreakTheBias pose can redeem up to two bottled cold brews each – one for themselves and one for a special woman in their life. Starting March 8, MTV will air music specials and videos featuring some of the most powerful and inspiring women in music and television. From Olivia Rodrigo to Madonna and Kacey Musgraves to Rita Ora, these women have paved the way and literally rocked our world. See you on Tuesday at 9:40 p.m.

ON THE OCCASION of National Arts Month, the National Commission for Culture and the Arts (NCCA), through the National Committee on Architecture and Allied Arts (NCAAA), is hosting a series of conversations that will highlight highlights how creativity in planning, designing and constructing a built environment can accelerate recovery from the effects of the pandemic. With the theme “Creativity as a Catalyst for Recovery,” the four-part webinar series, “Saan Ka Lulugaris open to the public. The fourth session, March 4 at 2 p.m., will focus on creative innovations. Register on http://bit.ly/SaanKaLulugar2022. For more information, visit www.facebook.com/NCAAAexecon.

Free Webinar on World War II in the Philippines

THE AYALA Foundation, Inc. — Filipinas Heritage Library and the United States Embassy in the Philippines present “Popcorn At The Barracks” with Nick Deocampo. The free webinar is part of “Liberation: War & Hope”, a series of events in commemoration of the 75and anniversary of the end of World War II. The webinar will take place on March 5, from 10 a.m. to noon, online via Zoom and Facebook Live. In the latest episode of “Liberation Talks,” Filipinas Heritage Library (FHL) webinars, independent filmmaker and UP professor Nick Deocampo will discuss the legacy left by World War II on Filipino cinema. The webinar will also cover topics related to the treatment of American films during the Japanese military’s three-year occupation of the Philippines as well as Hollywood’s triumphant return to local screens. To learn more, visit filipinaslibrary.org.ph and ayalamuseum.org.

The MUSEUM Foundation of the Philippines will host a webinar, “Relative Finder: Reconnecting Family Histories From Filipinas to Fujian,” led by Eduardo Dela Cruz, on March 5 at 10 a.m. Mr. De la Cruz is an IT professional from northern Samar. Since 2012, her Relative Finder advocacy work has helped reconnect the roots of more than 60 families from the Philippines and China. He is a contributor to Tulay Chinese-Filipino Digest where he writes about his experiences of bringing together lost family histories. Her work has been featured in international conferences and media outfits. To join the webinar, register here: https://us02web.zoom.us/webinar/register/WN_ocT44vesSsCOwnBbfJHS5g .

The 2022 ASIAN Cultural Council (ACC) Auction will take place on March 5 at 2 p.m. at the Leon Gallery. A portion of the proceeds from this annual auction will help fund various ACC grants for Filipino and Asian artists and arts practitioners. To view the catalog, to visit https://leon-gallery.com/…/The-Asian-Cultural-Council…. Register to bid online at https://www.leonexchange.com/en/auctions. Auction items are currently on display at Leon Gallery, Eurovilla I, Legazpi St. corner VA Rufino St., Legazpi Village, Makati.