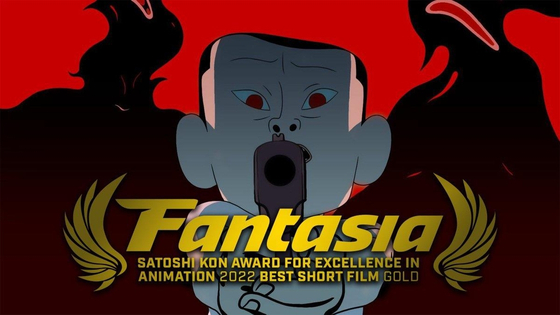 According to the Korea Creative Content Agency (Kocca), Kim Kyeong-bae’s “Amen a Man” won the gold award for best animated short on Thursday. The jury noted that “the film successfully showcased its critiques of a society’s paradoxical understanding of charity as well as Korean Christianity.”

In the same category, “Things that Disappear” by Kim Chang-soo won the Silver Prize. “You can fly!” by Park Sung-bae received a Special Mention from the Young Jury of My First Fantasia.

The Fantasia Film Festival, based in Montreal, Canada, is one of the largest genre film festivals in North America held annually in July.

For the exhibition program, director Moon Soo-jin of “Persona”, which became the first Korean animated film to be invited to the Cannes Film Festival, director Hong Joon-pyo of “Chun Tae-il”, director Min Ji-hye of “Goodbye, Drama!” and Kim from “Amen a Man” held panel discussions with the audience.