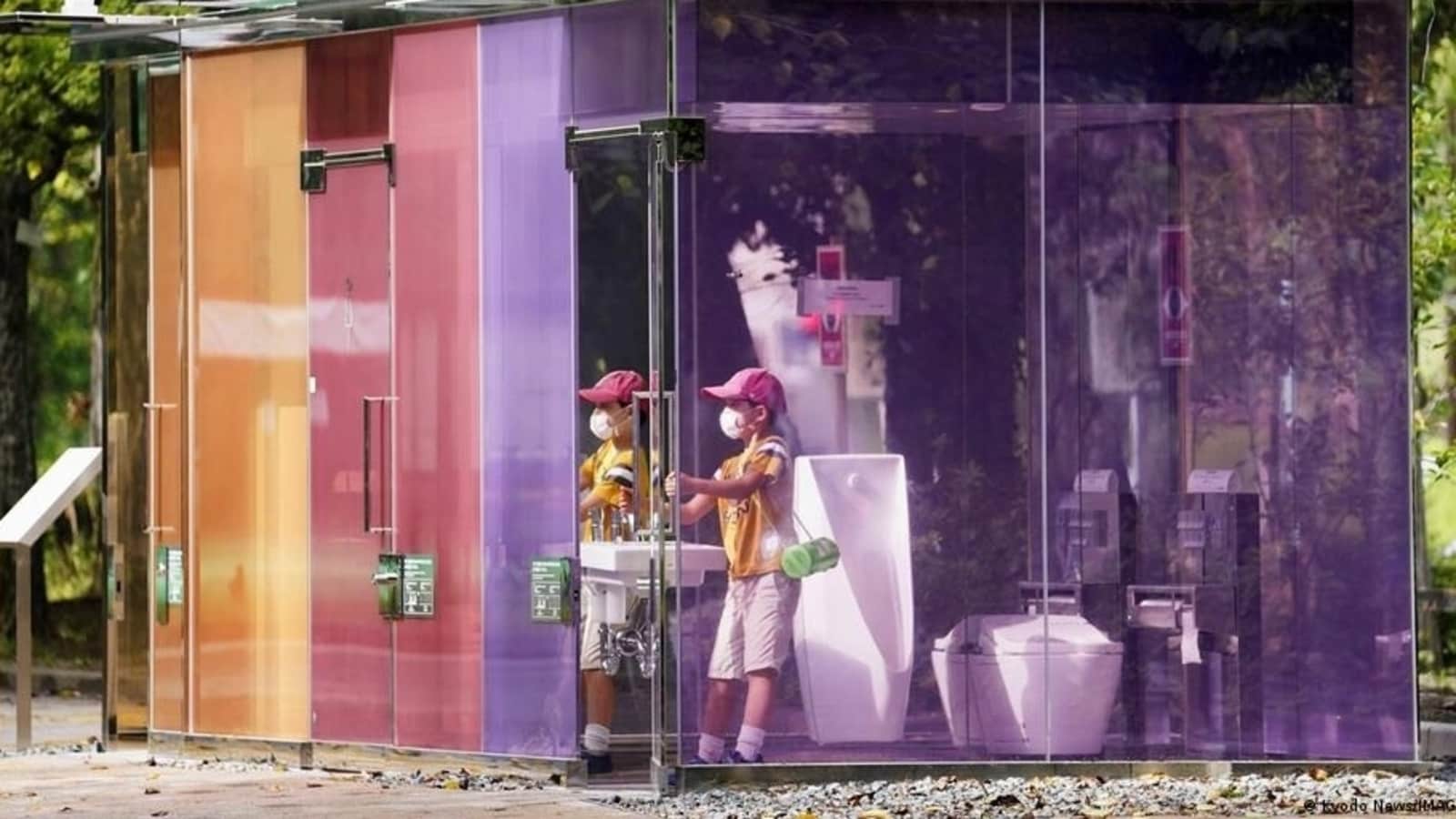 “The Tokyo Toilet” is an urban renewal project through which 17 public toilets in the Japanese capital are transformed into veritable works of art by architects from all over the world.

A dozen toilets have already been completed and are open to the public, including toilets with colorful transparent cabins that hit the headlines two years ago.

Facilities in Tokyo’s Shibuya district are free, wheelchair accessible, and maintained by a team of cleaning staff.

They will also soon be immortalized in the cinema.

“A toilet is a place where everyone is the same, there are no rich and poor, no old and young, everyone is part of humanity,” said Wim Wenders during a press conference on Wednesday announcing that he had agreed to make a film about the Tokyo toilet project after being asked by its organizers.

“There’s something very Japanese about the idea, about the whole setting. And I almost think it’s a utopian idea,” the award-winning German director told reporters.

“I love architecture,” added the 76-year-old director, known for works such as “Wings of Desire,” “Buena Vista Social Club” and “Paris, Texas.” “In another life, I would certainly like to be an architect.”

He said he was particularly happy to work with famed architect Tadao Ando, ​​80, who designed a thinly slatted circular toilet that lets in fresh air when people wash their hands. “I was so happy when I saw his restroom the other day and saw how he worked with the light…I thought, ‘This is a fancy place.'”

Wenders has made films in Japan in the past: his 1985 documentary “Tokyo-Ga” paid homage to film master Yasujiro Ozu, while “Notebooks on Cities and Clothes” (1988-1989) was about fashion designer Yohji Yamamoto.

The upcoming feature will bring together four short stories and star famous Japanese actor Koji Yakusho as a toilet cleaner.

Filming in Japan is set to take place this year, with launch slated for 2023.