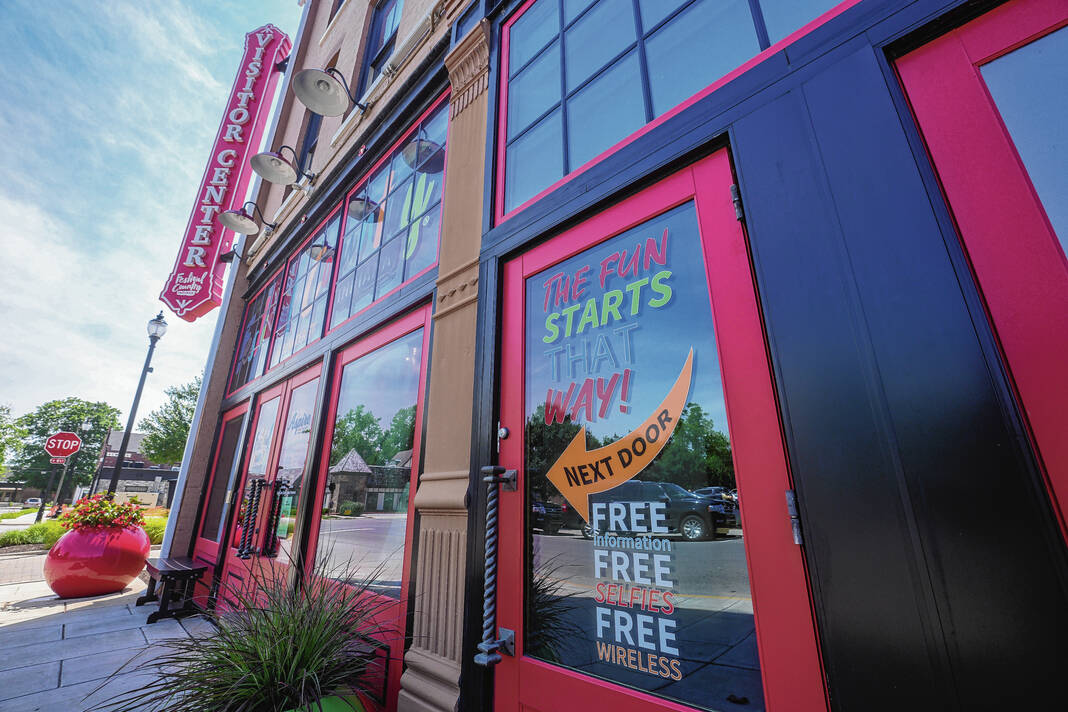 Tourism contributed more than $341 million to Johnson County’s economy last year, according to a new study commissioned by the county’s tourism agency.

Festival Country Indiana, the county’s convention, visitors and tourism commission, has had proven success since its inception in 2017, said Ken Kosky, executive director. His claim is supported by the findings of a tourism economic impact study conducted by Kentucky-based Certec, Inc. last year.

A notable finding from the study shows that tourism contributed $341.3 million to Johnson County’s economy in 2021, up from $255.7 million in 2017 – when Festival Country was established. The economic impact represents an annual increase in spending of 8.4% each year, according to the study.

“What this showed is that if you don’t invest in tourism marketing and tourism product development, you will continue to lose market share,” Kosky said.

Festival Country has stepped up the county’s efforts over the years to advertise its attractions, from festivals to sites like the historic Art Theater, and amenities like local shops and restaurants. This study was commissioned to get a sense of its success, and Kosky said the results prove their efforts are working.

The study examines data from the entirety of 2021. It was primarily conducted by researching tax and spending data in the county, as well as through a series of in-person interviews conducted with tourists in places such than hotels and attractions.

Anyone outside of Johnson County, whether from Indianapolis or another state, is considered a tourist or traveler in the study.

Purchases made by travelers while in the county accounted for $244.5 million of the $341 million total in the study. The county collected more than $80 million in tax revenue from tourism.

According to the study, the majority of purchases were for food and beverages. Breaking them down by sector, visitors to attractions accounted for more than 36% of purchases. People passing through the county accounted for the second largest share of this spending, around 24%, and lodging customers accounted for 21%. Those visiting friends and relatives in the county follow with nearly 19% of total spending.

Guests visiting the county come largely from Indiana, from as close as Indianapolis to South Bend and Jeffersonville, Kosky said. Most foreign visitors come from neighboring states, Illinois, Kentucky and Ohio, he said.

The study showed that on average, 40.3% of visitors stay one to three nights, while 30.6% go on a day trip. Additionally, 46.8% said this was their first trip to the county.

What brought most people to the county were the attractions and activities, according to interviews conducted for the study. Top attractions listed included the Mallow Run Winery, Restaurants, Shops, Artcraft, Historic Downtown Franklin, Aquatic Centers and Wading Pools, Johnson County Museum, Rascal Entertainment Area, and Apple Works. Visitors also said they were in town to visit Indianapolis attractions, such as the zoo and the Indianapolis Motor Speedway.

Kosky expects more visitors to be drawn to the new attraction, the Gatling Gauntlet at Johnson County Park, which opened earlier this summer, so it was not included in the study. The Gauntlet is an obstacle course that features 20 different obstacles, all laid out over a 1.6 mile course. He said he has already received positive comments and messages from interested travelers about it.

There is also strong interest in music and festivals, Kosky said. From live music festivals like WAMM Fest in Greenwood to regular summer festivals in Franklin.

In addition to spending, tourism also contributes to job growth in the county’s economy, according to the study. It showed that tourism jobs increased from 2,921 in 2017 to 3,365 in 2021.

Based on the study, the jobs generated by tourism spending fall into a wide variety of sectors, not just the obvious service jobs like hotel clerks, ticket takers or waiters. According to the study, more than a third of jobs resulting from tourism spending were in high-paying occupations such as professional and technical professions, management, sales, construction, crafts and labourers.

Tourism spending also spills over into other sectors of the economy. Tourism demand for restaurant meals, for example, “creates business not only for restaurants but also for fresh and frozen food producers and packers, butchers and dairies,” the study says.

Tourism is necessary for a local economy to thrive, Kosky said. He cited a 2018 study by Radius Indiana in southern Indiana, which found that on average, households in the area may have to pay $618 more per year in taxes without a tourism industry to generate income. tax revenues.

“Absolutely, tourism is one of the biggest economic drivers for any community,” Kosky said.