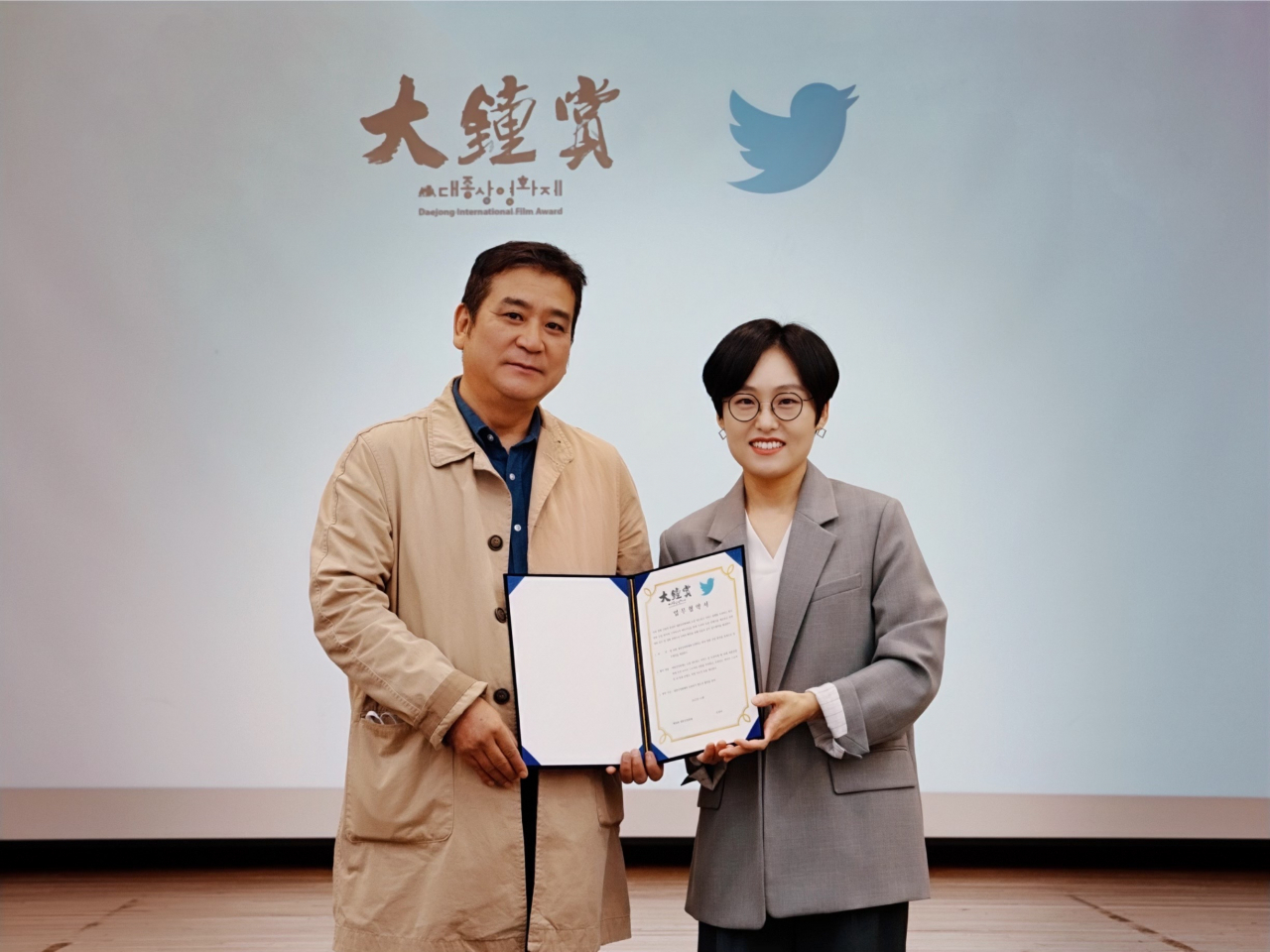 Global social media platform Twitter has signed a content partnership agreement for the 58th Daejong Film Awards, which will be held on December 9, the tech giant announced on Wednesday.

Under the new agreement, the two parties aim to strengthen the South Korean film industry and help fans of Korean film and cinema content around the world gain easier access to Korean films.

By entering into the agreement, Twitter will be the only social media platform to exclusively broadcast the awards ceremony and other events during the festival, including behind the scenes of the event, the Q&A session and the red carpet ceremony.

The social media operator will also exclusively manage the film’s awards Twitter page and release a personalized emoticon as part of the partnership agreement. The custom icon will automatically appear on social media if users tweet #Daejong or #Daejong_Award hashtags, aiming to engage users with viral trends.

The Daejong Film Awards, considered South Korea’s most prestigious film awards – the equivalent of the Oscars – were first presented in 1962. This year’s film festival will be held under the slogan: “For the people, for the world”.

2022-10-23
Previous Post: Where to find Barcelona v Bilbao on US TV
Next Post: January triumphs at the 17th Rome Film Festival