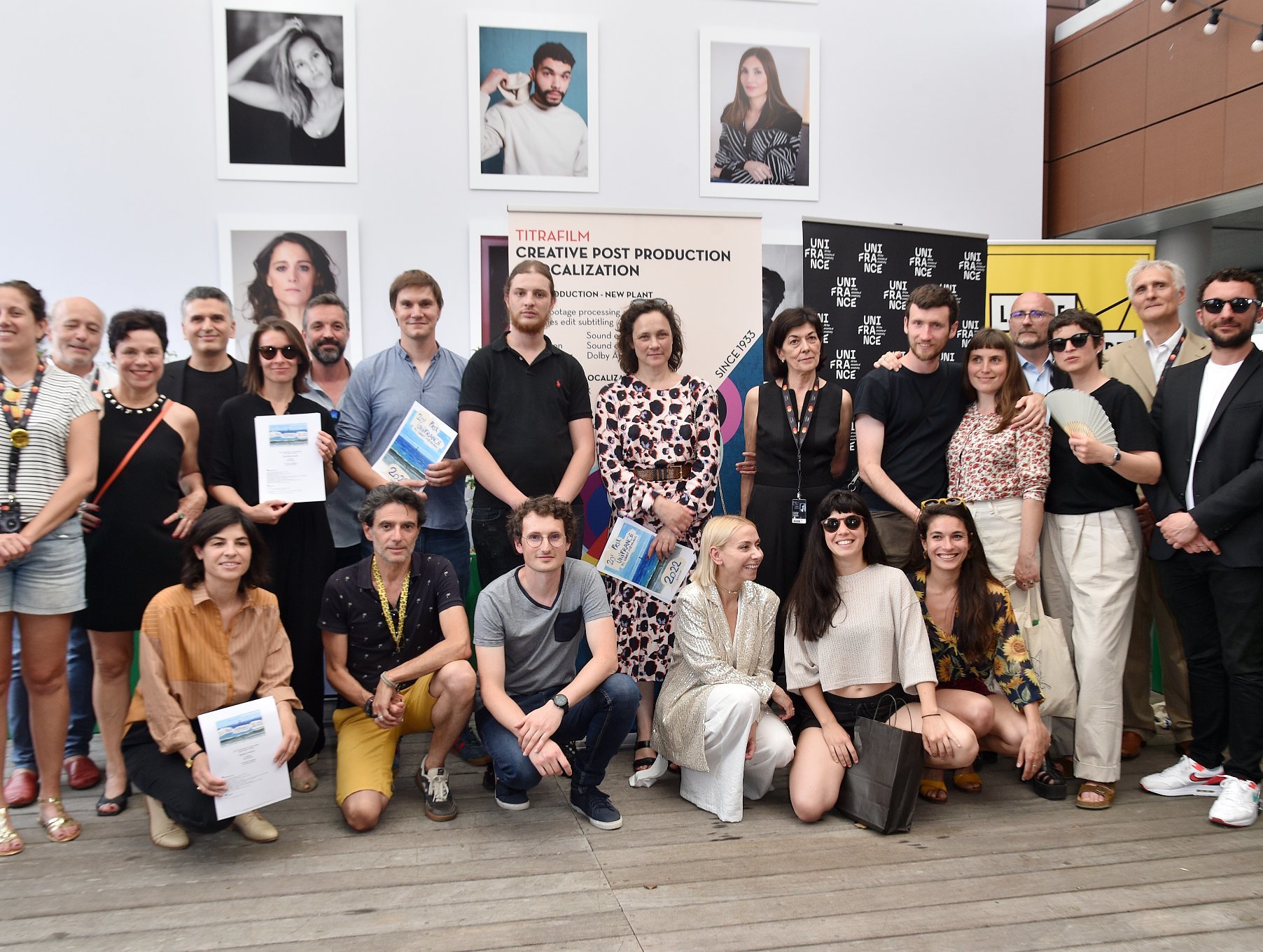 Unifrance has always shown its support and its attachment to the short film format, to new generation filmmakers and to emerging talents, with the aim of making the works of filmmakers known to as many people as possible and offering them increased visibility.

The 2022 selection included 22 titles, including six first films, from 15 female directors and 12 male directors, in a diversity of styles, tones and themes that caught the attention of the jury gathered in Paris on May 2 for this anniversary edition.

After an intense day of screenings, the jury announced the awards that we were proud to unveil at the 75th Cannes Film Festival, in the presence of Daniela Elstner (Executive Director) – Axel Scoffier (Secretary General) – Anaïs Bertrand (President of Short Film Commission) – Isabelle Gibbal-Hardy, Frédéric Corvez, Jacques Kermabon and Hasan Ugur (members of the Jury).

Listen to the interview of the two winners below

This award ceremony is also an opportunity to reward the international distribution work of a distributor. In their common desire to promote French productions internationally, to promote the short film format and to highlight the talents of the new generation, Unifrance and La Fête du court mètre have joined forces for the fourth consecutive year to support and support the work of a distribution company, not only for the way it promotes its works at foreign film festivals, but also for its efforts to increase the visibility of these works in commercial circuits. For its excellent export results, Unifrance and La Fête du court mètre have awarded the 2022 Distributor Prize to Bastard Morisset.

Unifrance would like to especially thank our partners for their loyal support:
TitraFilm – Grand Action – shortfilmdepot – Courant3D – The Short Film Festival

Our warm thanks also go to Caroline Cherrier, for the visuals that illustrate this 20th edition of the Unifrance Short Film Awards.