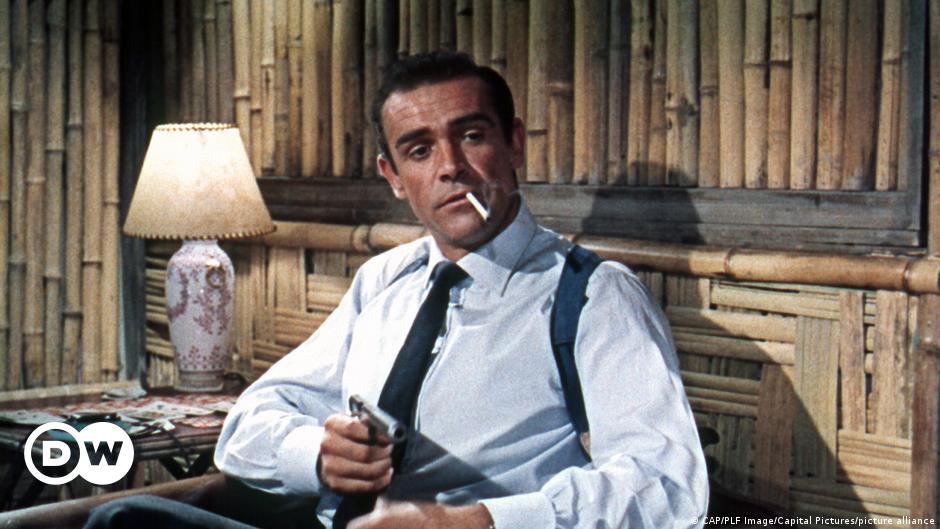 On October 5, 1962, the film “Dr. No” premiered in London. It was the first in a long and successful series based on author Ian Fleming’s spy novels.

In the main role, Agent 007, was an unknown actor: Sean Connery.

In the film, we are first introduced to his character as he sits in a casino opposite an attractive woman who is about to gamble her fortune. When she asks 007 his name, the camera pans to Bond lighting a cigarette. With a smoldering look in his eyes, he utters the legendary words: “Bond, James Bond”.

Shortly after in the film, 007 receives a mission to travel to Jamaica and investigate the murder of another M16 agent. He eventually tracks down a Chinese-German criminal scientist bent on destroying the US space program and taking over the world. It’s not a question of East or West, Dr. No tells Bond when he asks, both are just cardinal points, one as stupid as the other.

In principle, this story is the basis of all 25 James Bond films. Whether the villain is Dr. No, Blofeld, Goldfinger, or Le Cipher, they all aim for one thing: world domination. But to do so, they must get past James Bond whose scenes of gunfire and wild chases inevitably spoil their plans.

A problem of machismo

Although many fan forums consider “Dr. No” to be one of the best Bond films, the film would never be done the same way today.

First, one could write entire books about the pervasive sexism and machismo that the character of James Bond has exhibited over the decades.

There should definitely be a thick chapter dedicated to the women in his films, who are usually portrayed as naive, willingly throwing themselves into Bond’s arms, seeking protection. Sometimes they’re sophisticated female antagonists who lose control at the thought of jumping into bed with the secret agent.

Whether friend or foe, every film had at least one Bond girl – and often more: a total of 60 love interests appeared in the films. Their names, like “Honey” or “Pussy Galore” would never be acceptable today. Over the past few decades, female roles in Bond films have changed, and so has Bond himself.

In the last five films in which Daniel Craig has played Bond, he is seen as tough on the outside and soft on the inside – and not always lucky with women.

Besides the portrayal of women onscreen, there are also plenty of other details in “Dr. No” that haven’t quite stood the test of time.

Another sign of the zeitgeist in the 1962 film is that everyone smokes, which is forbidden by Hollywood standards today. Cigarettes are found everywhere in the old movie, from the casino to the hotel bar – and even the bedroom.

Smoking was commonplace in the United States in the 1970s, so naturally it showed up on the big screen. In the 1970s TV series “Space: 1999”, people were even depicted smoking on the moon, but by the 2000s smoking was largely banned in many parts of the world due to its health risks. health.

To view this video, please enable JavaScript and consider upgrading to a web browser that supports HTML5 video

It can also be noted in “Dr. No” that few people wear seat belts. When Bond drives off in his sports car to visit a woman, he is followed and a chase scene ensues. Bond, in particular, does not wear a seat belt.

His pursuers eventually roll off a slope and die, of course – after all, they don’t wear seat belts either, and cars didn’t have airbags back then. The vehicle explodes, prompting 007 to say, “They were obviously in a rush to get to their own funeral.”

Why are all secretaries women?

In old Bond films, all secretaries and receptionists are played by women, which in the 1960s was considered standard female work.

Whether they are redheads, blondes or brunettes, secretaries are Bond’s favorite targets for flirting and they are all susceptible to his charms.

In most Bond films, the agent has a romantic tension with Moneypenny, his boss’s secretary, which was not portrayed in the original books.

In the 2012 film “Skyfall,” Moneypenny is given a first name: Eve, and we finally learn her backstory. In this film, she is no longer a hopeless amorous secretary, but a highly trained agent who accidentally shoots Bond and is reassigned to the office as punishment.

In any case, today Moneypenny’s job title would probably be “Office Manager” or “Executive Assistant” rather than “Secretary”.

In the film, Dr. No tells James Bond that he is the child of a British missionary and a Chinese woman from an honest family. However, the character is portrayed by Canadian actor Joseph Wiseman who wears makeup to make his eyes look more “Asian”.

While it was the norm in such films to have East Asian characters played by white actors, today such instances of “yellowface” are frowned upon – just as it would be to wear blackface. , to make up in black to represent a Black. the person.

If there was a remake of “Dr. No” in the future, a Chinese actor would be more likely to take on the role.

In the film, black Jamaicans refer to white English people as “captain”.

When the film was made, Jamaica was still a British crown colony. It only gained independence in August 1962, two months before “Dr. No” was released. They are still treated as second-class citizens in terms of the language used in the film.

In the German-dubbed version, for example, black Jamaicans are treated as “natives”, a language considered highly discriminatory today.

And there is one last change to be made: at the British Embassy in Jamaica, there is a portrait of a young Queen Elizabeth.

In the next James Bond film – if there was one – a picture of King Charles III would hang in its place.

This article was translated from German by Sarah Hucal.